Why We Can Believe in Jesus Christ 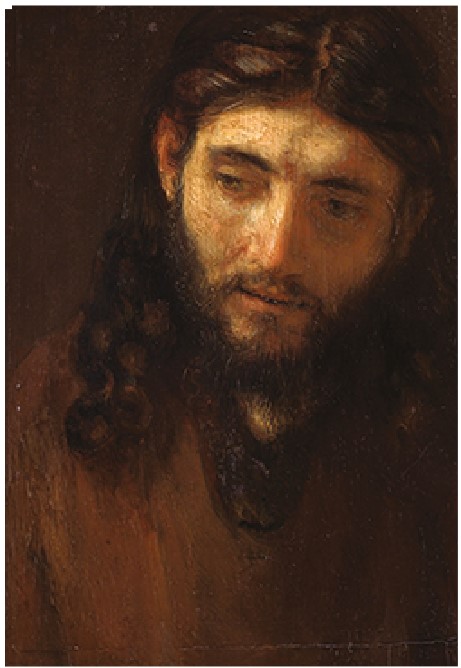 MOST SERIOUS HISTORIANS agree that Jesus of Nazareth really did live in Israel, some 2000 years ago. His life and work are well recorded in contemporary historical records. Here we will consider two sources of evidence: the records of the Bible’s New Testament, and the writings of secular commentators. We also want to consider why his resurrection from the dead changed the world.

The four New Testament Gospels were written in the years following Jesus’ life on earth, and in all probability before the destruction of Jerusalem in 70ad. We can see this from the local landmarks they mention, from the ruling figures they mention, and the events they reference which are well documented elsewhere. The Gospels are eyewitness records, written well within the lifetimes of people who experienced Jesus’ work first-hand. Some of these people would have been friendly to the cause of Christianity, most would have been hostile to it. Yet they did not challenge the Gospels because they were demonstrably accurate accounts of what Jesus did. Let’s consider them one by one.

John was one of Jesus’ twelve disciples. He was called towards the start of Jesus’ work and was with him throughout. In fact, he was one of Jesus’ closest three disciples, and along with Peter and James was even privy to events that none of the others saw (see Mark 5:37, 9:2, 13:3). He explained that his record was an eyewitness account, for example:

He who saw it has borne witness—his testimony is true, and he knows that he is telling the truth—that you also may believe (John 19:35).

In the second quotation we see his fellow disciples confirming that his eyewitness account was true and accurate. This makes for compelling evidence. What is more, we still have fragments of the Gospel of John which date back to earliest times. In the John Rylands Library in Manchester, there is a papyrus fragment of the Gospel which was copied within 100 years—maybe less—of John writing it.

Matthew was another of Jesus’ twelve disciples. He was called part way through Jesus’ ministry (Mark 2:14, Luke 5:27). This means that he was with Jesus for most of his work; from the time of his calling he lived and worked with those who, like John, were with Jesus throughout. When he wrote his Gospel, he had access to these people to supplement his own experience and was able to write a comprehensive account.

Mark played a small part in the Gospels. He was not one of the twelve but he was there for some of the events, especially in Jerusalem. He was a young man during Jesus’ ministry, he became a Christian and would spend his life in the early church with those who saw all of Jesus’ activities. Just like Matthew, he could use these eyewitnesses and compare their accounts to write his Gospel.

Luke does not feature in the Gospel records and it seems he became a Christian after the time of Jesus’ work. He also lived and worked with those who were direct eyewitnesses, and he used his scientific training to write a forensic account:

…it seemed good to me also, having followed all things closely for some time past, to write an orderly account for you, most excellent Theophilus, that you may have certainty concerning the things you have been taught (Luke 1:3–4).

So, in the Gospel records we have four independent accounts. As well as being inspired by God, they were written either from personal experience or with reference to eyewitnesses. They corroborate each other and were not challenged by those who witnessed the events. They are reliable accounts of Jesus’ life and work.

Jesus lived during the Roman empire, a period well documented by writers of the time. This means that we have several writers from outside the Bible who record the existence of Jesus and his followers. These were not supporters of Christianity, in fact they were generally opposed to it, so they had no reason to make up evidence to support Jesus’ existence.

Flavius Josephus was formerly a Jewish military commander who turned historian when captured by the Romans. He wrote several historical works which have been proven accurate through archaeological work and other records of the time. His Antiquities of the Jews (c. 93ad), mentions Jesus, John the Baptist, and James the brother of Jesus who led the early church in Jerusalem. There has been some debate about what he said about Jesus (it’s suggested that it may have been censored by Christian scribes), but Jesus is undeniably present in the record.

Now, there was about this time, Jesus… a doer of wonderful works… a teacher of such men as receive the truth with pleasure; Pilate… condemned him to the cross… Christians named from him… Book XVIII, III, 3.

John the Baptist… Herod slew him, who was a good man… Book XVIII, V, 2.

…the brother of Jesus, who was called Christ, whose name was James… Book XX, IX, 1.

Publius Cornelius Tacitus was a Roman historian and politician who wrote a great deal, and is regarded by many modern scholars as the greatest historian of Roman times. He wrote the following in about 116ad, about the Christians in the Roman empire:

…called Christians by the populace. Christus, from whom the name had its origin, suffered the extreme penalty during the reign of Tiberius at the hands of one of our procurators, Pontius Pilatus (Annals 15.44).

Formally named Gaius Plinius Caecilius Secundus, Pliny the Younger was a lawyer, author, and magistrate in Rome. In a letter to Emperor Trajan in about 111ad, he wrote the following about the Christians:

They were accustomed to meet on a fixed day before dawn and sing responsively a hymn to Christ… When this was over, it was their custom to depart and to assemble again to partake of food—ordinary food.

The Gospel records and the secular historians we have considered all concur that Jesus was a real person, whose life and work are well documented in history. That’s why his existence is not doubted by serious historians today. But is that all, and does it matter to you and me?

The Gospel writers all record very clearly that Jesus rose from the dead, on the third day after he was crucified. Their accounts are very detailed, covering the events of the resurrection and people meeting Jesus afterwards. You can read these in Matthew 28, Mark 16, Luke 21 and John 20–21. In 1 Corinthians 15:3–8, the Apostle Paul mentions these eyewitnesses—on one occasion there were over 500 at once! This was no illusion or mistake.

Add to this the facts that no body was ever found or produced (the Romans and the Jews who were doing their best to defeat the new religion of Christianity would have produced it if they could), and that those who met the risen Jesus were prepared to suffer and die for what they knew. The resurrection of Jesus is attested by history and by many eyewitnesses.

This is where it becomes important to us, living some 2000 years later. The Bible tells us about the important implications of Jesus’ life, death and resurrection. For example:

For as by a man came death, by a man has come also the resurrection of the dead. For as in Adam all die, so also in Christ shall all be made alive (1 Corinthians 15:21–22).

He [God] has fixed a day on which he will judge the world in righteousness by a man whom he has appointed; and of this he has given assurance to all by raising him from the dead (Acts 17:31).

Let all the house of Israel therefore know for certain that God has made him both Lord and Christ (Acts 2:36).

Just as He raised Jesus from the dead, so God will raise his followers from the dead, and will grant the faithful eternal life. Jesus will return to set up God’s Kingdom on the earth, which he will rule for his Father as king and judge. This is why he is described as both Lord and Christ (‘anointed’), and his resurrection is the guarantee that God will make this happen.

We can believe in Jesus Christ, a real person who lived and worked, was crucified and who rose from the dead. He is coming back to rule God’s Kingdom on Earth. He invites us to live for ever in that Kingdom—read more to find out how!