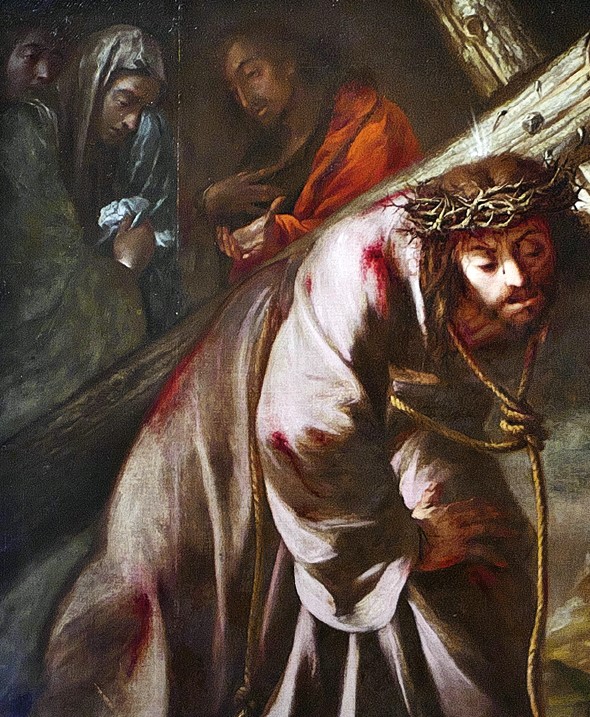 THE FACT THAT Jesus Christ died on the cross, as we are told in the Gospels and letters of the Bible’s New Testament, is generally accepted throughout the world. The Bible tells us it was not just the death of an innocent man—Jesus Christ was the Son of God who died to save us from our sins. How was his death able to do this?

To answer this question and to understand why Christ gave himself as a sacrifice, we need to go back to the Old Testament.

The Origin of Sacrifice

The Bible is in two sections—the Old Testament and the New Testament. The Old Testament was written many years before Christ, by different people who were moved by God’s Holy Spirit to enable them to speak and write down God’s Word (2 Peter 1:20–21).

The Old Testament explains the origin of sacrifice, how it was required by the Lord God as part of their worship and for the forgiveness of their sins.

The sacrifice of animals for the forgiveness of sin began with Adam and Eve, who disobeyed God’s commandment that they should not eat of the fruit of ‘the tree of the knowledge of good and evil’ (Genesis 2:9, 3:6). The consequence of their disobedience was they were cursed by God to die and all their descendants were too (Genesis 3:17– 19). Adam and Eve were ashamed of what they had done. Their shame was expressed in the realisation that they were naked. In order to show how their shame could be removed, God provided a covering for their nakedness—the skin of an animal. ‘And the Lord God made for Adam and for his wife garments of skins and clothed them (Genesis 3:21). We see that for Adam and Eve to be forgiven an animal had to die.

This principle was repeated in the account of the worship of Adam and Eve’s sons, Cain and Abel. Cain brought an offering of vegetables, and God rejected it. But ‘Abel also brought of the firstborn of his flock and of their fat portions. And the Lord had regard for Abel and his offering’ (Genesis 4:4).

The principle of sacrifice became part of The Law of Moses for the Israelites. They were commanded to sacrifice bulls and goats as a necessary part of their worship (for example Leviticus 1). Interestingly, they should not consume the blood of any animal they killed, they had to pour out the blood: ‘For the life of the flesh is in the blood, and I have given it for you on the altar to make atonement for your souls, for it is the blood that makes atonement by the life’ (Leviticus 17:11). ‘Atonement’ means reconciliation, bringing together; in the Bible it speaks of repairing the breach between God and people.

Under the Law of Moses, a bullock was to be offered every day as a sin offering for atonement (Exodus 29:36). However, the fact was that animal sacrifices did not actually achieve forgiveness of sins. The New Testament shows that all the sacrifices of the Law of Moses were actually only pointing forward to the ultimate sacrifice that was to be provided by God. This is comprehensively explained in the Letter to the Hebrews. For example:

For since the law has but a shadow of the good things to come instead of the true form of these realities, it can never, by the same sacrifices that are continually offered every year, make perfect those who draw near. Otherwise, would they not have ceased to be offered, since the worshippers, having once been cleansed, would no longer have any consciousness of sins? But in these sacrifices there is a reminder of sins every year. For it is impossible for the blood of bulls and goats to take away sins (Hebrews 10:1–4).

The sacrifices of bulls and goats was a ‘shadow’ of the real thing that was promised in the Old Testament. It was a lesson that taught of the reality that was to come—the sacrifice that God would make in giving His perfect Son, Jesus Christ, to die for the sins of the world (1 John 2:2).

The letter to the Hebrews explains how it was necessary that the Old Testament had to be completed by the New. It shows how the priests that offered the sacrifices under the Law of Moses were replaced by the Lord Jesus Christ after his resurrection from the dead, to sit at God’s right hand in heaven. Jesus Christ is the new sacrifice, and the new priest:

Now the point in what we are saying is this: we have such a high priest, one who is seated at the right hand of the throne of the Majesty in heaven… As it is, Christ has obtained a ministry that is as much more excellent than the old as the covenant he mediates is better, since it is enacted on better promises (Hebrews 8:1, 6).

As High Priest, Jesus Christ is the mediator between God and humankind. In order to do this it was necessary that he should die first. He knew this at the very start of his ministry. John the Baptist said of him, ‘Behold, the Lamb of God, who takes away the sin of the world!’ (John 1:29). And Jesus said himself, ‘I am the good shepherd. The good shepherd lays down his life for the sheep… the Father knows me and I know the Father; and I lay down my life for the sheep’ (John 10:11, 15).

It was the purpose of God to give His only Son as an unblemished human sacrifice to be the atonement for the sins of all people: that is, all people who believe in him and his promise of eternal life.

By his death on the cross Jesus Christ became the saviour from sin for all nations, he became the covering for sin. If he hadn’t submitted to this cruel death, he would not have been resurrected to immortality; then there would have been no hope of eternal life for any of his followers, and their faith would have been empty and in vain (1 Corinthians 15:13–20).

However, if we are truly followers of Jesus Christ, the immortal High Priest in heaven who has promised salvation for all who love him and keep his commandments— then he will grant to us eternal life in the Kingdom of God when he returns to the earth:

Christ, having been offered once to bear the sins of many, will appear a second time, not to deal with sin but to save those who are eagerly waiting for him (Hebrews 9:28).