The Virus and the Bible 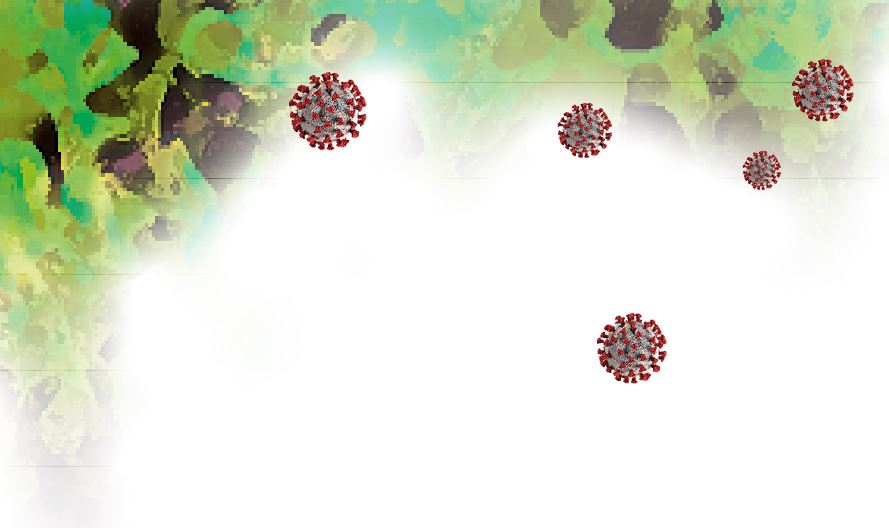 THE CORONAVIRUS has caused havoc throughout the world. There has not been such a crisis or such global fear since World War Two. Leaders instruct us how to protect ourselves, whilst giving optimistic messages. But in this unprecedented situation it is difficult to see the long-term solution. Some people are asking the question: “Why?”

Some religious leaders claim that this dreadful disease and its consequences were predicted in the Bible book of Revelation. Others have declared it to be judgement from God for our wickedness, and a sign of the ‘end of the world’. Are these statements right?

There were occasions in the Bible when God did send plagues to punish people. For instance when the Israelites were journeying through the wilderness towards the Promised Land:

… the wrath of the Lord was aroused against the people, and the Lord struck the people with a very great plague (Numbers 11:33).

Sometimes large numbers died (14,700 in Numbers 16:49, and 24,000 in Numbers 25:9). Moreover, as they approached the Promised Land God warned them that if they disobeyed Him they would be plagued and chastised again (Deuteronomy

These accounts are part of the Bible, so they have divine authority. Nowadays, we do not have such authority. So it is unwise to attribute our problems to the direct intervention of God, when they could be a result of our own actions or inactions. When a tower fell on and killed 18 Jews in the time of Jesus, he said that the victims were no more evil than other people (Luke 13:4). We cannot always know “why”.

Things We Do Know

There are things about God that we most certainly do know. His character is love

So shall My word be that goes forth from My mouth; it shall not return to Me void

The Lord is not slack concerning His promise… but is longsuffering toward us, not willing that any should perish but that all should come to repentance (2 Peter 3:9).

We do know that one day the world as we know it will end, when Jesus comes back to raise the dead, to judge people and to set up God’s kingdom on earth:

He has appointed a day in which He will judge the world in righteousness by the man whom He has ordained. He has given assurance to all by raising him from the dead (Acts 17:31).

We know that before this there will be a time of great trouble:

And there shall be a time of trouble, such as never was since there was a nation, even to that time .And at that time your people shall be delivered, every one who is found written in the book. And many of those who sleep in the dust of the earth shall awake, some to everlasting life, some to shame and everlasting contempt (Daniel 12:1–2).

And while we must remember that the dramatic images in the book of Revelation are figurative, not literal, the book does contain warnings of judgement (Revelation 9:18–21, 15:1, 16:18–21, 18:4–10). Ignoring God is foolish. Throughout the Bible He urges us to listen to Him and turn to Him.

So we cannot say that Coronavirus is necessarily a judgement sent from God, or that it was specifically foretold in the Bible. But it may well give us cause to sit up and think.

What We Should Do

After the tower had collapsed, Jesus told the people that they should all repent so that they could be saved from death, which—after all—eventually comes to us all (Luke 13:5). He promised his true followers eternal life in his kingdom.

For God so loved the world that He gave His only begotten Son, that whoever believes in him should not perish but have everlasting life (John 3:16).

When the Son of Man comes in his glory, and all the holy angels with him, then he will sit on the throne of his glory. All the nations will be gathered before him, and he will separate them one from another, as a shepherd divides his sheep from the goats. And he will set the sheep on his right hand, but the goats on the left. Then the King will say to those on his right hand, ‘Come, you blessed of my Father, inherit the kingdom prepared for you from the foundation of the world (Matthew 25:31–34).

Jesus told us to watch and to prepare for his return. He encouraged believers not to worry about this life, but to ‘seek first the kingdom of God and His righteousness’ (Matthew 6:33).

We cannot help but be profoundly moved by the devastation caused to people’s lives by such disasters as the Coronavirus pandemic, and it is hard not to worry about it. But surviving the virus cannot bring us eternal life. Taking notice of God’s message in the Bible can!