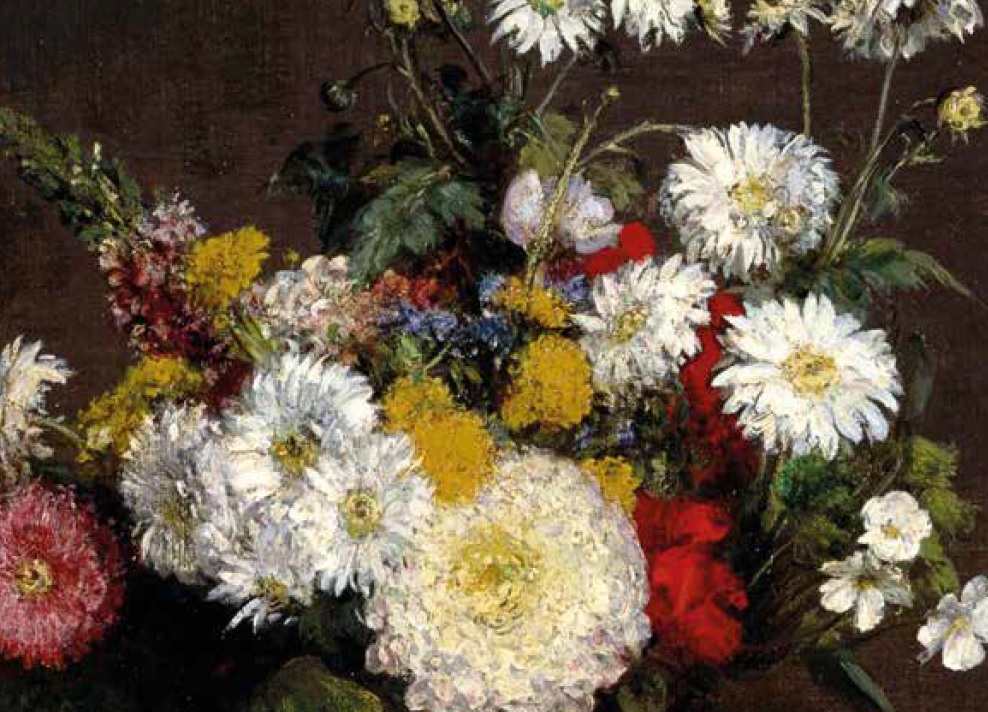 TAKE A LOOK at the front cover picture. It’s a still life painting by a 19th Century artist called Henri Fantin-Latour. The flowers are so vibrant, you can almost smell them.

A few days after they were painted those flowers will have faded, wilted and died, and eventually there would be nothing left of them but dust. A few years afterwards, the same thing happened to their painter. That’s how life is.

The transience of our lives is not something we tend to like to think about. Some prefer to ignore it. Others take the attitude that as they don’t have long, they need to do everything they can to enjoy the time they have—“Let us eat and drink, for tomorrow we die!” (Isaiah 22:13). Others turn to religion for comfort.

The central appeal of most of the world’s religions is the promise that death is not the end—that there is some part of a person that can live on. It may surprise you to learn that the Bible is almost unique among all the world’s religious texts in that it insists that this is not true:

For in death there is no remembrance of You; in the grave who will give You thanks?

For the living know that they will die; but the dead know nothing, and they have no more reward, for the memory of them is forgotten… Whatever your hand finds to do, do it with your might; for there is no work or device or knowledge or wisdom in the grave where you are going (Ecclesiastes 9:5, 10).

Is Death the End?

How can this be? Isn’t life after death a central theme of the Bible? Yes it is. Jesus Christ talked about it frequently:

And this is the will of Him who sent me, that everyone who sees the Son and believes in him may have everlasting life; and I will raise him up at the last day (John 6:40).

How do you reconcile these verses? On the one hand, death is the end of existence; on the other hand, God offers everlasting life to those who want it.

The answer to the puzzle is summarised in a report that was published in 1945 by a Church of England commission, called Towards the Conversion of England. The report noted that the idea of an indestructible human soul “owes its origin to Greek, not to Bible, sources. The central theme of the New Testament is eternal life, not for anybody and everybody, but for believers in Christ as risen from the dead” (Article 53).

This is true. The idea of the ‘immortal soul’—the spark of consciousness which is said to be the essence of life, which is independent of the body and can go to heaven when the body dies—is not an idea which is found in the Bible.

Evidently this report was not widely accepted, because the Church of England along with the majority of other Christian denominations continues to encourage belief in the immortal soul. Nevertheless, the report’s finding is correct. The idea of the immortal soul can be traced directly to the Greek philosophers, notably Plato who lived in the 4th–5th Century bc. What the Bible says about the human soul is quite different:

A ‘soul’, according to the Bible, is simply a living creature. When we see the word in an English Bible it’s usually a translation of the Hebrew word nephesh (Old Testament) or the Greek word psyche (New Testament), which basically mean ‘living being’, ‘that in which there is the breath of life’. A soul is born, it lives, it dies.

This subject calls for sensitivity. The idea that we have an eternal spark within us that will be unharmed by what happens to our body can be tremendously comforting when we or a loved one are facing the end of life. I knew a lady who had been encouraged by the thought that her parents and husband were in heaven. When she started to read her Bible and to suspect that this was not the case, she said it was like being bereaved of them all over again.

But the Bible does talk about life after death, in great detail. It describes what it is, what it will be like, how it works and why it works, and how to obtain it—logically, consistently, and beautifully. Read on to find out more.