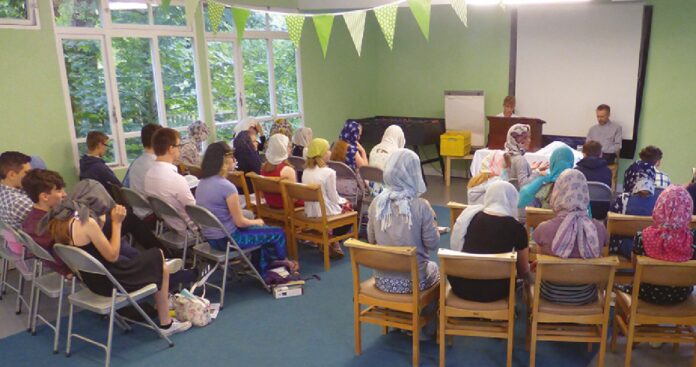 IT IS DIFFICULT TO overestimate the importance of Abraham—the father of the Jews and the Arabs, the spiritual ancestor of all the faithful: ‘If you are Christ’s, then you are Abraham’s offspring, heirs according to promise’ (Galatians 3:29).

We are introduced to Abraham (or Abram, as he was then called) in the early chapters of Genesis: ‘Now the Lord said to Abram, “Go from your country and your kindred and your father’s house to the land that I will show you”’ (Genesis 12:1). Note that: he was called to leave the heathens among whom he lived in Chaldea, in order to follow God. And he willingly obeyed: ‘By faith Abraham obeyed when he was called to go out to a place that he was to receive as an inheritance. And he went out, not knowing where he was going’ (Hebrews 11:8).

In time Abraham’s descendants the Israelites settled in Egypt, where they were enslaved. The time came for God to claim them as His nation. The book of Exodus tells how He set them free, and brought them out of Egypt. Why did He bring them out of Egypt? Because He had compassion on them in their suffering (Exodus 2:23– 24), but also for another reason:

He could not dwell among them while they dwelt in the midst of a land of idolatry. He needed to separate them from it.

A People for God’s Name

In the New Testament we see the apostles preaching the Gospel of salvation. This is how that preaching is described by the Apostle James: ‘Simeon has related how God first visited the Gentiles, to take from them a people for his name’ (Acts 15:14). The preaching of the Gospel was not an operation of mass conversion, it was a process of appealing to individuals to come out of the world in which they lived.

The prophet Amos asked the question, ‘Do two walk together, unless they have agreed to meet?’ (Amos 3:3). The follower of Christ is walking in a different direction from those who do not follow Christ.

The Apostle Paul spells out the implications of this principle for the believer’s life:

Do not be unequally yoked with unbelievers. For what partnership has righteousness with lawlessness? Or what fellowship has light with darkness? What accord has Christ with Belial? Or what portion does a believer share with an unbeliever? What agreement has the temple of God with idols? For we are the temple of the living God; as God said, “I will make my dwelling among them and walk among them, and I will be their God, and they shall be my people. Therefore go out from their midst, and be separate from them, says the Lord, and touch no unclean thing; then I will welcome you, and I will be a father to you, and you shall be sons and daughters to me, says the Lord Almighty” (2 Corinthians 6:14–18).

So in the book of Acts we see the Christians separating themselves from the Jewish synagogues and Roman temples, and forming their own community in which they could worship God with likeminded people in the way that God requires. Christian communities are known in the New Testament as ‘churches’. That is the Greek word ‘ekklesia’, and it has nothing to do with a building, rather it means ‘a gathering of people who are called out’.

Separate From the World

Believers are not called to shut themselves away from the world. Monasteries are not what the Lord intended. ‘I wrote to you in my letter not to associate with sexually immoral people—not at all meaning the sexually immoral of this world, or the greedy and swindlers, or idolaters, since then you would need to go out of the world’ (1 Corinthians 5:9–10). Separation from those who walk in another direction does not mean shunning them.

Nor does it mean that believers should feel themselves in any way superior: ’In your hearts honour Christ the Lord as holy, always being prepared to make a defence to anyone who asks you for a reason for the hope that is in you; yet do it with gentleness and respect’ (1 Peter 3:15).

Rather, to be separate is a discipline for life. It means refraining from taking part in ‘the unfruitful works of darkness’ (Ephesians 5:11). It means being prepared to find yourself at odds, even with your own family if they are not believers (Matthew 10:36). It means standing out, even when it would be much easier to go with the crowd. As the Lord Jesus urges us: