A New Heaven and a New Earth 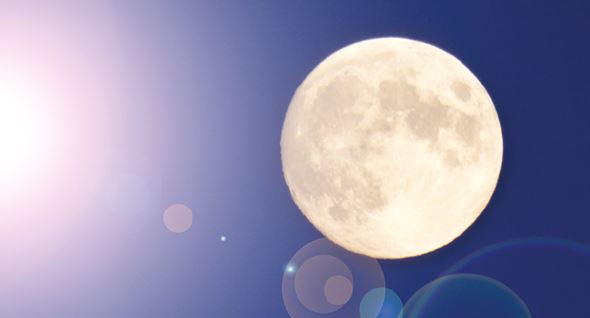 1 Now I saw a new heaven and a new earth, for the first heaven and the first earth had passed away. Also there was no more sea.

2 Then I, John, saw the holy city, New Jerusalem, coming down out of heaven from God, prepared as a bride adorned for her husband.

3 And I heard a loud voice from heaven saying, “Behold, the tabernacle of God is with men, and He will dwell with them, and they shall be His people. God Himself will be with them and be their God. 4 And God will wipe away every tear from their eyes; there shall be no more death, nor sorrow, nor crying. There shall be no more pain, for the former things have passed away.”

GOD’S CREATION is incredible. Whether it be gazing in awe at the sheer scale and intricacy of outer space or smiling in admiration at the diversity and complexity of the creatures which inhabit our planet, we cannot help but be impressed by the Creator’s handiwork. But although our world has so many virtues, it is impossible to ignore the fact that it is also filled with numerous evils, such as pain, suffering and death. Thankfully, the world is not to continue in its current form indefinitely. This is a key element of the Gospel, namely that the world is going to be transformed into a paradise which God’s children will inhabit for ever. This is the glorious age which is described in the verses above, from the last book of the Bible.

The coming age is called ‘a new heaven and a new earth’. And its description is surrounded by many details which direct our attention back to the creation of ‘the first heaven and the first earth’ as described in the first book of the Bible, the book of Genesis.

The Bible opens with the words “In the beginning God created the heavens and the earth” (Genesis 1:1). The chapter goes on to describe the creation of the heavens and the earth and everything in them. The waters were called ‘seas’ on the third day of the creation week (Genesis 1:9–10). What possible reason could there be for the peculiar prophecy in Revelation 21:1 that there will no longer be any sea?

The reference to there being no more sea emphasises to us that this ‘new heaven and earth’ will be different from the ‘first heaven and earth’. But why is it specifically mentioned that there will be no more sea as opposed to no more sea creatures or no more fish etc.? Naturally speaking, the sea is essential to all life on earth, it is beautiful to look at and the gentle sound of waves lapping up on to the shore can be very therapeutic. It may surprise us that, symbolically speaking, the sea can have altogether different connotations. For example, “But the wicked are like the troubled sea, when it cannot rest, whose waters cast up mire and dirt” (Isaiah 57:20). Verses such as this may help to explain why in the vision of the Kingdom in Revelation there is no longer any sea—perhaps it is best understood symbolically as the complete absence of the wicked and their practices.

The allusions in Revelation 21 to the early chapters of Genesis continue with the wonderfully comforting words, “And God will wipe away every tear from their eyes; there shall be no more death, nor sorrow, nor crying. There shall be no more pain, for the former things have passed away” (verse 4). The current heaven and earth are filled with these four evils. ‘Pain’ and ‘death’ in particular were the punishments placed on Eve and Adam when they ate the forbidden fruit in the Garden of Eden (Genesis 3:17–19). We all experience these punishments too and deservedly so, as we all follow Adam and Eve’s pattern of disobedience to God’s commandments.

However, when God creates the new heaven and earth these afflictions will be done away with; as a loving and caring Father, God will wipe away the tears from the eyes of His children. This is an intensely emotive metaphor which perfectly depicts the relationship the Father has with all those who love Him.

The holy city will not need the sun or the moon to provide light for it (verse 23). The sun and moon were made on the

fourth day of the creation week (Genesis 1:14–19) and are thus part of the first heaven and earth. The new Jerusalem is described as not needing the sun or moon, and in it there will be no such thing as ‘night’.

Revelation 21:19–20 describe how the foundations of New Jerusalem are made of precious stones and the street is pure gold. By now it shouldn’t surprise us that these are first mentioned in the early chapters of Genesis (2:10–12).

In the next chapter, the final chapter of Revelation, we read of “the river of the water of life” (Revelation 22:1). This invites comparison with the “river which flowed out of Eden to water the garden”(Genesis 2:10).

The first heaven and the first earth have many virtues for us to enjoy over the course of our brief lives, but they pale in comparison with the eternal virtues to be enjoyed in the new heaven and the new earth that God will create for those who love Him. To quote from the last verses of the Bible: “Even so, come, Lord Jesus!” (Revelation 22:20).