I Am the Resurrection and the Life 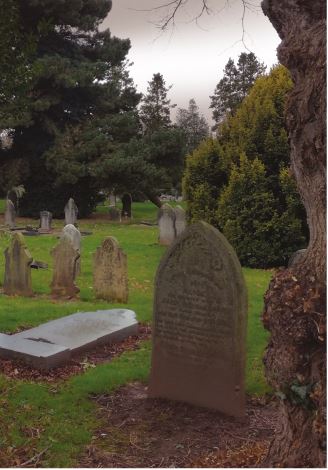 The Gospel of John records a number of sayings of Jesus which begin “I am …” In this series we think about some of the profound things he said about himself.

JESUS had some close friends—Lazarus, and his sisters Martha and Mary. They lived in the village of Bethany outside Jerusalem, and Jesus and his disciples would often stay at their home.

John chapter 11 tells of the time when Lazarus fell ill and died, and Jesus raised him back to life. He ‘resurrected’ him—the word ‘resurrection’ means to bring back to life.

Jesus and his disciples arrived at the house to find Martha grieving for her dead brother.

Jesus said to her, “I am the resurrection and the life. He who believes in me, though he may die, he shall live. And whoever lives and believes in me shall never die. Do you believe this?” She said to him, “Yes, Lord, I believe that you are the Christ, the Son of God, who is to come into the world” (John 11:25–27).

Martha was familiar with Jesus’ teaching, and she believed in him. She could have echoed the words of Peter: “Lord, to whom shall we go? You have the words of eternal life” (John 6:68).

Eternal life will not be given to everyone, there are conditions:

You must hear the word—that is, the Gospel message—and respond positively to what you hear. In other words you must believe it. Jesus once said: “For God so loved the world that He gave His only begotten Son, that whoever believes in him should not perish but have everlasting life” (John 3:16). Belief, when your heart is first opened to the truth of the Gospel, is the first step on your journey to the Kingdom of God.

And be baptised. This is a public demonstration of your faith. As Jesus told his disciples, “Go into all the world and preach the gospel to every creature. He who believes and is baptized will be saved; but he who does not believe will be condemned” (Mark 16:15–16).

Then live a life of obedience to Jesus’ commandments: “If you keep my commandments, you will abide in my love, just as I have kept my Father’s commandments and abide in His love” (John 15:10).

This new life is not just about obeying commandments, it’s about coming to know Jesus and growing to be like him. As he said: “This is eternal life, that they may know You, the only true God, and Jesus Christ whom You have sent” (John 17:3).

He Who Believes Will Never Die

One of the pictures which Jesus used to describe himself and his followers was the picture of a shepherd and his sheep. “My sheep hear my voice, and I know them, and they follow me. And I give them eternal life, and they shall never perish…”

Jesus was effectively saying that anyone who believes in him will never die.

But everybody dies, so what did he mean? For the majority of people, when they die they perish, that’s the end. But for those who have been faithful disciples of Jesus, death is not the end. It is described as ‘sleep’. Jesus said of Lazarus, “Our friend Lazarus sleeps, but I go that I may wake him up.” Then his disciples said, “Lord, if he sleeps he will get well.” However, Jesus spoke of his death, but they thought that he was speaking about taking rest in sleep. Then Jesus said to them plainly, “Lazarus is dead” (John 11:11–14).

The Bible describes death as ‘sleep’, because it is not final—you go to sleep, and you wake up.

There was a group of people called Sadducees, who didn’t believe in the resurrection of the dead and they thought they had a good argument to prove their point. They came to Jesus with a hypothetical story about a woman whose husband died. She married his brother, but he died, so she married another brother, and so on until eventually she had married all seven brothers. “Therefore, in the resurrection, whose wife of the seven will she be? For they all had her” (Matthew 22:23–28).

They were clever, but wrong. Jesus answered: “You are mistaken, not knowing the Scriptures nor the power of God. For in the resurrection they neither marry nor are given in marriage, but are like angels of God in heaven. But concerning the resurrection of the dead, have you not read what was spoken to you by God, saying, ‘I am the God of Abraham, the God of Isaac, and the God of Jacob’? God is not the God of the dead, but of the living” (v.29–32).

Jesus was quite clear: God would not associate His name with dead people—He deals with the living. Although Abraham, Isaac and Jacob, great men of Jewish history, are dead, God sees them as alive because they will be resurrected and be part of His kingdom.

The Day of Christ’s Return

Paul said in his first letter to the Thessalonians, concerning the day when Christ returns: “I do not want you to be ignorant, brethren, concerning those who have fallen asleep, lest you sorrow as others who have no hope. For if we believe that Jesus died and rose again, even so God will bring with him those who sleep in Jesus” (1 Thessalonians 4:13–14).

Lazarus had been dead and in his tomb for four days—long enough for his body to start to decay (John 11:39). But as far as Jesus was concerned he was just asleep, and he woke him up. When he returns he will do the same to all his friends.

The Resurrection and the Life

To the joy of his family and friends, Lazarus was literally given a new lease of life. But in time he died again. The Gospels contain accounts of other people whom Jesus raised from the dead—Jairus’ daughter (Luke 8:54) and the widow of Nain’s son (Luke 7:14). They both died again.

After he himself had been raised from death Jesus said to his disciples, “All authority has been given to me in heaven and on earth” (Matthew 28:18). When he returns he will not simply give people life as we know it now—it will be perfect, eternal life, free from pain and sorrow and sin. It will be a completely different life from the life we know now.

Eternal Life Can Be Yours

We have seen evidence of Jesus’ declaration in the gospels that he is ‘the resurrection and the life’. He is, as he promised, going to return and he will bring judgement with him. At that time he will give eternal life to all the truly faithful—his ‘sheep’—those who love him and are waiting for his return. As the Apostle Paul said at the end of his life: “Finally, there is laid up for me the crown of righteousness, which the Lord, the righteous Judge, will give to me on that Day, and not to me only but also to all who have loved his appearing” (2 Timothy 4:8).

What about you? Eternal life can be yours if you believe in the Lord Jesus, are baptized and keep his commandments.