Writing in the Dust 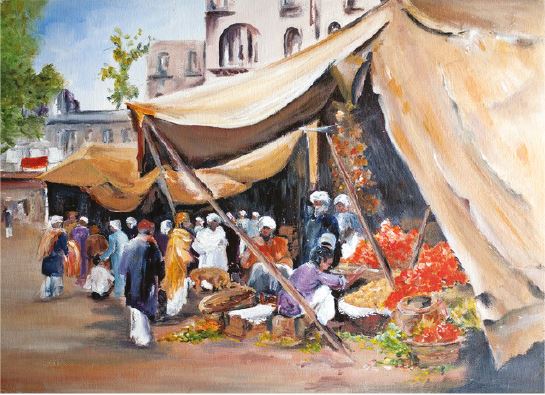 JESUS had many enemies, and they were frequently trying to catch him out and get him into trouble. One such incident is recorded in the first 11 verses of John chapter 8.

Let’s put on our cloaks, load up our donkeys and take ourselves back in time to the temple court in Jerusalem, and mingle with the crowd.

It’s daybreak, the coolest part of the day, and already a large number of people have gathered to listen to the teacher and healer  from Nazareth about whom we’ve heard wonderful things.

Suddenly there’s a scuffle, and a band of men push to the middle of the circle, dragging a sobbing woman. They stand her beside Jesus and turn her around to face the crowd.

“Teacher!” one of them shouts, making sure everyone can hear. “This woman was caught in adultery, in the very act. Now Moses, in the law, commanded us that such should be stoned. But what do you say?” There is malice in his voice.

To commit adultery is to have sex with someone to whom you’re not married, and the penalty under the Law of Moses was death.

Before we continue, note that these accusers are not strictly adhering to their Law. In cases of adultery both the man and the woman should have been brought for judgement. Also, they should have brought the accused to a priest. But these men have a plan—they intend to trap Jesus into saying something that will get him into trouble.

A hush descends. All eyes are on Jesus. But it’s as though he hasn’t noticed them. He stoops down, and starts to write in the dust on the floor.

It’s suggested that there was a custom in those days that if a priest was called on to make a judgement in the case of one of the Laws of Moses, he would write the law which had been broken for all to see. The writing must not be permanent—for example on parchment—it must be capable of being erased.

So Jesus writes in the dust. The account does not tell us what it is he writes, but I think it’s a quote from the Law (Exodus 20:14): “You shall not commit adultery.”

Their voices rise and they start to press him, growing impatient. He straightens up and looks around at the woman’s accusers, then at the whole crowd. The hush falls again. He looks us each in the eye, steadily and with that peculiar way he has of making you think he can see right inside you. Then he speaks: “He who is without sin among you, let him throw a stone at her first.” And with that he stoops down again and continues writing in the dust.

Again we’re not told what he writes. But perhaps he’s writing the names of the people in the crowd.

As Jesus is absorbed with his writing it’s as though he doesn’t notice what’s going on—but something extraordinary is happening. The venerable old scribe sitting in the corner hoists himself to his feet and shuffles away. Then another leaves, and another. The audience is dwindling. Those who dragged the woman in, wanting to trap Jesus in his words; those who were looking on wanting to see a confrontation; those who were just curious. They all melt away into the crowds in the temple court.

The record says simply that they are ‘convicted by their conscience’. Perhaps they have each realised that this man, who knows what is in people’s hearts, knows that they each have guilty secrets. The woman standing before them has committed her crime openly, and she’s been caught—that’s the difference between them and her.

When Jesus straightens up again, there is only the woman there, standing beside him.

The day has been growing warmer, but she has never felt so cold. Surrounded by the crowd, she’s never felt so alone. She’s guilty, and numb at the thought of what’s going to happen to her.

Jesus has given the crowd time to disperse, and the woman time to reflect on what she has done.

He fixes her with his gaze and says, “Woman, where are those accusers of yours? Has no one condemned you?”

He smiles. “Neither do I condemn you; go and sin no more.”

Can you feel the surge of emotion that she feels? Her sin has been forgiven, swept away like the scratches in the dust at her feet. She has been given her life back, and she goes out, determined to start it anew.

This is forgiveness, and it’s what Jesus offers to all who come to him—no matter what they have done, what kind of people they have been.