Why So Many Different Churches? 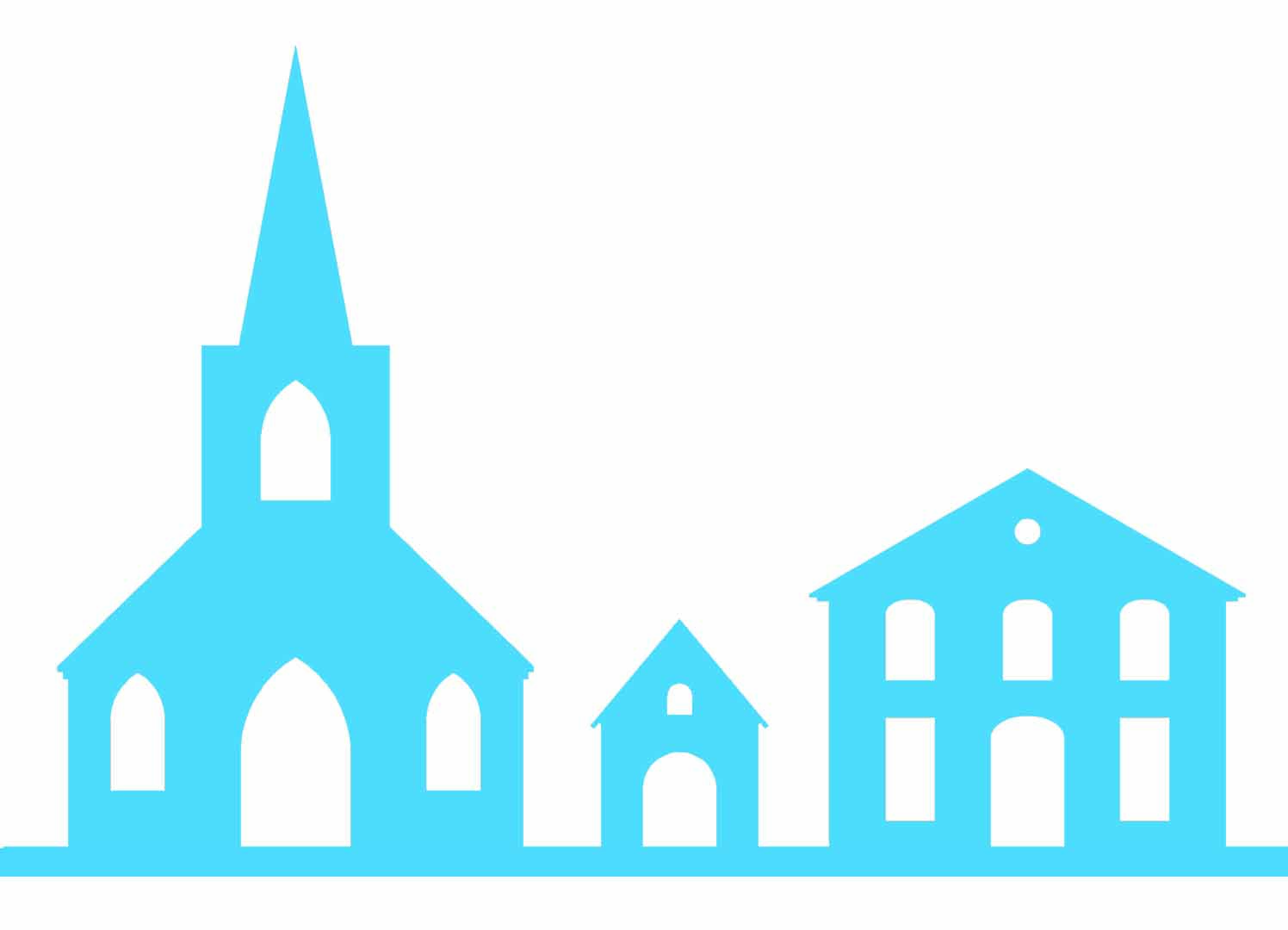 IN THE ACTS of the Apostles we read of the beginning of the early church when 3,000 people were baptised on the day of Pentecost (Acts 2:41). The next verse says “And they continued steadfastly in the apostles’ doctrine and fellowship, in the breaking of bread, and in prayers.” This is a simple and clear statement that the apostles’ doctrine (‘doctrine’ means ‘teaching’) was the foundation of the faith of these new believers, and they had a ‘fellowship’ that drew them together as a body of people with a common purpose.

Thus the church started (the Greek word which our Bibles translate as ‘church’ is ecclesia, and it does not mean a building, it simply means an assembly). And what a ‘fellowship’ they experienced! What a spirit of dedication possessed them. We read how ‘all who believed were together, and had all things in common’ (v. 44).

So continuing daily with one accord in the temple, and breaking bread from house to house, they ate their food with gladness and simplicity of heart, praising God and having favour with all the people. And the Lord added to the church daily those who were being saved (vs. 46-47).

The apostle Peter tells us that when we are in this fellowship we are “a chosen generation, a royal priesthood, a holy nation, His own special people, that you may proclaim the praises of Him who called you out of darkness into His marvellous light” (1 Peter 2:9).

Soon this ‘special people’ were a target of envy and then of persecution (Acts 8:1; 9:1, 13). This only drew them closer together.

The apostle Paul wrote of these people that they had been “called into the fellowship of His son, Jesus Christ our Lord” (1 Corinthians 1:9).

What a beautiful picture of fellowship is revealed to us: a body of people coming together because they are of one mind. John takes up the theme in his first letter:

That which we have seen and heard we declare to you, that you also may have fellowship with us; and truly our fellowship is with the Father and with His son Jesus Christ (1 John 1:3).

The central point of fellowship is when believers meet together to remember the Lord Jesus as he commanded (Luke 22:19), by the simple act of breaking bread and drinking wine as symbols of his body and blood which were given for them. Paul describes it like this: “We, though many, are one bread and one body; for we all partake of that one bread” (1 Corinthians 10:17).

This is why this simple act is sometimes known as ‘communion’, or ‘common union’ —it means being united with Jesus Christ and with each other because of what we have in common. With whom should believers share ‘communion’—only with those who share their beliefs, or with others as well?

Paul says: “What fellowship has righteousness with lawlessness? And what communion has light with darkness?” (2 Corinthians 6:14). To this John adds: “If we say we have fellowship with Him and walk in darkness, we lie and do not practise the truth. But if we walk in light as He is in the light, we have fellowship with one another, and the blood of Jesus Christ His son cleanses us from all sin” (1 John 1: 6– 7).

I marvel that you are turning away so soon from Him who called you in the grace of Christ, to a different gospel, which is not another; but there are some who trouble you and want to pervert the gospel of Christ (Galatians 1:6–7).

It stands to reason that in order to share communion, believers need to be united in their understanding of the ‘apostles’ teaching’ (as we saw in Acts 2:42). This is how it was in that first church in Jerusalem, and it is clear that all the churches of which we read in the New Testament were based on the teaching of the apostles.

There have been many ‘different gospels’ over the centuries. False teachers began by claiming that Christians must obey the Law of Moses. The apostle Paul firmly refuted this:

The law was our tutor to bring us to Christ, that we might be justified by faith. But after faith has come, we are no longer under a tutor (Galatians 3:24–25).

Others tried to teach that if Jesus had been the Son of God he could not have come in the flesh as an ordinary human being, but the apostle John insisted:

For many deceivers have gone out into the world who do not confess Jesus Christ as coming in the flesh. This is a deceiver and an antichrist (2 John 7).

There are many references to various other false teachings that arose in the early church (for example 1 Corinthians 15:12, 1 Timothy 1:19–20, 2 Timothy 2:18, Titus 3:10, 2 John 1:10, Revelation 2:14). And history shows that as the centuries passed, churches divided and multiplied until today we have a multitude of church denominations, each holding to different understandings of the ‘apostles’ teaching’. If there is one God and He has caused one Bible to be written, why are there so many different and competing churches?

Why So Many Churches?

Dedicated Bible students know the answer to that question. The Bible itself foretells the breakdown of the church. The apostle Paul said, “For I know this, that after my departure savage wolves will come in among you, not sparing the flock. Also from among yourselves men will rise up, speaking perverse things, to draw away the disciples after themselves” (Acts 20:29–30).

Paul wrote as though it was inevitable: “For there must also be factions among you, that those who are approved may be recognized among you” (1 Corinthians 11:19).

The apostle John was contending with wrong believers. As he stood firm for the truth, he said of those who left his community, “They went out from us, but they were not of us; for if they had been of us, they would have continued with us; but they went out that they might be made manifest, that none of them were of us”  (1 John 2:19).

While we might wish it were otherwise, a study of the Bible makes it clear that God did not intend that there would be one universal church which encompasses everyone who calls themselves a Christian. There is one Bible—and with the aid of God’s holy book, everyone who is a seeker is able to search out that which is true. Those who do are true believers; sadly, we fear that the rest are not.

Can Two Walk Together?

Centuries earlier God had said to Israel through the prophet Amos, “Can two walk together, unless they are agreed?” (Amos 3:3). The prophet’s question to God’s people was, were they really walking together with Him? They were not, and so He would forsake them (verses 14–15). God’s principle still applies: unless two are in agreement, they cannot walk together. Walking together with God means having fellowship, because having fellowship, as we have seen, begins by having a true relationship with God, knowing and following the real truth of His word.

The apostles’ teaching, as it is presented in the Bible, creates the basis for believers’ fellowship with God and each other. Can God accept those who deny the need for agreement together? Should He not maintain His own principles?

Ephesians chapter 4 commences with an appeal to “walk worthy of the calling with which you were called… endeavouring to keep the unity of the Spirit in the bond of peace” (verses 1-3). God is always present with His people, His spirit watches over them. As the Psalm says,

You understand my thought afar off. You comprehend my path and my lying down, and are acquainted with all my ways… Where can I go from Your spirit? Or where can I flee from Your presence? (Psalm 139:2–3, 7).

God through His spirit knows whether Christians have unity of heart and mind in serving Him—or whether actually they are walking in darkness.

Christadelphians believe that we have turned away from the darkness of human inventions, and returned to the clear light of the simple original ‘apostles’ teaching’. We are holding up that light to be seen by anyone who is looking for it.

Paul wrote, “Have no fellowship with the unfruitful works of darkness, but rather expose them” (Ephesians 5:11). Human nature is ever ready to compromise. In some situations God is willing to allow for that —but He certainly does not allow it when it comes to fellowship. The challenge to all who seek to truly do the will of God, is to walk together with Him:

Endeavouring to keep the unity of the Spirit in the bond of peace. There is one body and one Spirit, just as you were called in one hope of your calling; one Lord, one faith, one baptism; one God and Father of all, who is above all, and through all, and in you all (Ephesians 4:3–6).