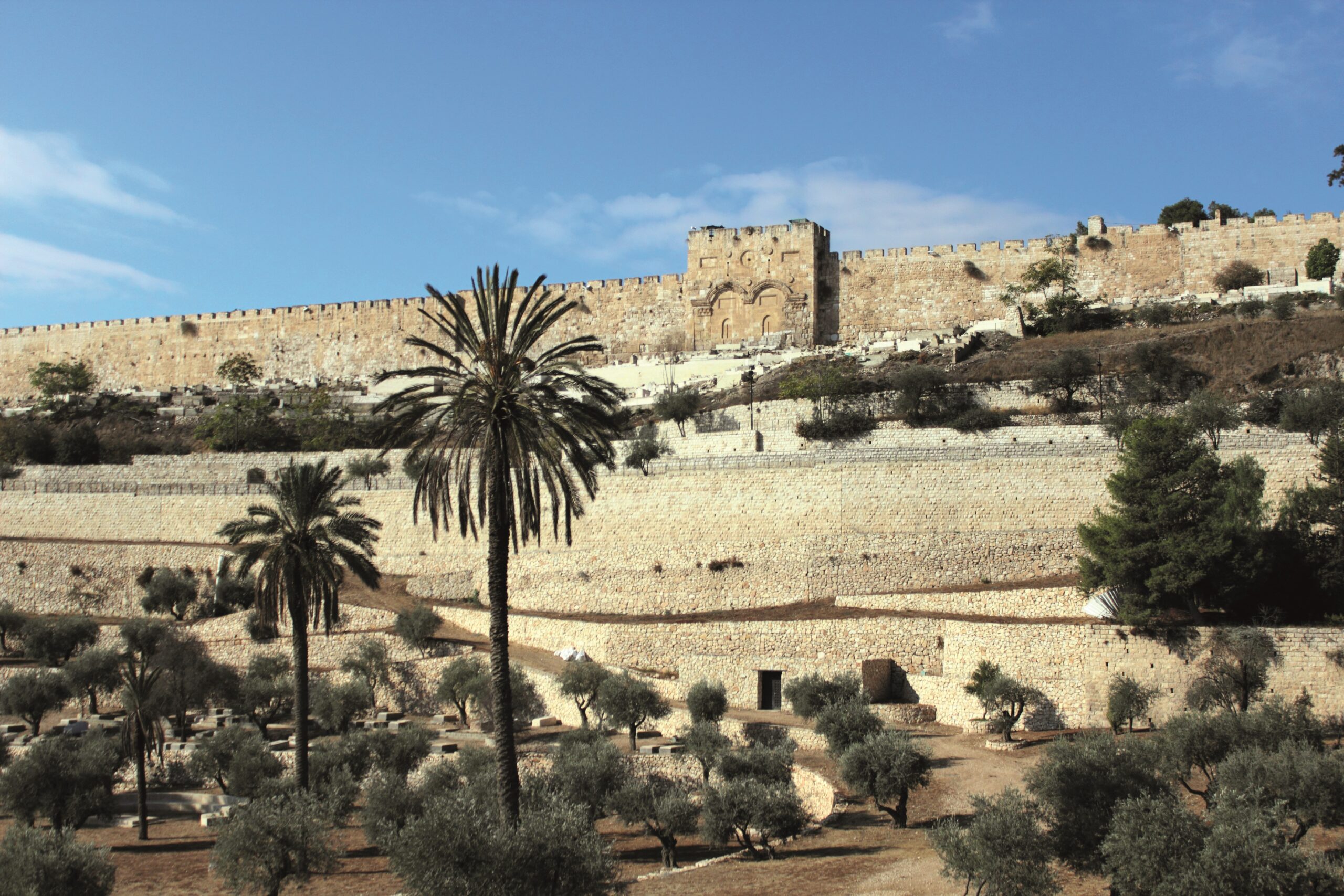 In PART ONE of this article, we considered how the nation of Israel, in its history and its very survival, is living proof that God is in control of world events. Choosing three events from three different periods (the ‘Three Times’) we find a consistent picture of Israel suffering at the hands of the superpowers of the time, being defeated and exiled, but being preserved just as God’s prophets had foretold.

Last time we considered the Babylonian invasion of 598 BC and the Roman siege of 70 AD. In this concluding part, we think about the Third Time – an attack which is yet to come.

In the establishment of Israel, we have witnessed one of the most remarkable examples of the fulfilment of Bible prophecy in the whole realm of human experience. The Old Testament of the Bible abounds with prophecies of the restoration of Israel in the last days. Let me give you two examples:

Behold, I will gather them out of all countries where I have driven them in My anger, in My fury, and in great wrath; I will bring them back to this place, and I will cause them to dwell safely (Jeremiah 32:37).

The Lord Jesus Christ himself prophesied the 70 AD attack by Rome upon the Jewish people and what he said is recorded in the 21st chapter of the Gospel of Luke – this is part of it:

They will fall by the edge of the sword, and be led away captive into all nations. And Jerusalem will be trampled by Gentiles until the times of the Gentiles are fulfilled (Luke 21:24).

‘Gentiles’ means people who are not Jews. Within 40 years of those words being uttered they were fulfilled by the Roman assault upon Israel. Jerusalem was trampled on by Gentiles.

That ending of Gentile times we have seen; it has been demonstrated in the regathering of the dispersed people of Israel to their own land and the establishment of Jerusalem as its capital.

The proposal I now present is that they have been re-established in readiness for the final assault. As it was for Babylon, as it was for Rome, so it is now.

A Prophecy Still to Happen

This is no speculation. The Bible tells of it in many places.

For example, Zechariah 14 is a highly detailed account of what the future holds for Jerusalem:

Behold, the day of the Lord is coming, and your spoil will be divided in your midst. For I will gather all the nations to battle against Jerusalem; the city shall be taken, the houses rifled, and the women ravished. Half of the city shall go into captivity, but the remnant of the people shall not be cut off from the city. Then the Lord will go forth and fight against those nations, as He fights in the day of battle. And in that day His feet will stand on the Mount of Olives, which faces Jerusalem on the east. And the Mount of Olives shall be split in two, from east to west, making a very large valley; half of the mountain shall move toward the north and half of it toward the south (Zechariah 14:1–4).

The prophecy says that through the invasion and war Israel will be saved, Jerusalem preserved and peace established permanently. But in AD 70 Israel was not saved but instead expelled and exiled for 2,000 years, Jerusalem was not preserved but destroyed almost completely, and peace was not established but war continued and intensified for centuries in the Holy Land.

Nobody, being fair and reasonable, can say that the prophecy outlined in Zechariah 14 has been fulfilled and that means it is still future. In other words, this is about a third time that Jerusalem will be overthrown.

What is written there we have yet to see – and the fact of the restoration of Israel to their own land and their re-constitution as a nation in the family of nations after nearly 2,000 years is a very telling sign that the  third overthrow is yet to be enacted.

The Final Conflict and Resolution

Just think what this prophecy foretells. That in this third time a great confederacy of nations is going to invade Israel, attack Jerusalem and capture it. Atrocities are going to be committed. A great many Jews are to be captured and taken captive.

But then God Himself will intervene on the side of Israel.

To Bible readers the little phrase “In that day His feet will stand on the Mount of Olives” is of great significance.  Their minds go at once to the account of Jesus ascending to heaven 40 days after his resurrection. His disciples witnessed the event:

While they looked steadfastly toward heaven as he went up, behold, two men stood by them in white apparel, who also said, “Men of Galilee, why do you stand gazing up into heaven? This same Jesus, who was taken up from you into heaven, will so come in like manner as you saw him go into heaven”    (Acts 1:10–11).

It speaks for itself – nothing could be plainer – and it corresponds exactly with Zechariah 14.

So, the one who comes to save the nation of Israel is the very same one who ascended into heaven – Jesus the Messiah. Acts 1 describes Ascension Day and Zechariah 14 describes ‘Descension Day’.

It means that Christ is coming on God’s behalf, the Messiah sent to save the Hebrew nation and to establish the government of God in the earth.

The existence of Israel as a sovereign nation after 2,000 years of exile is the most impressive sign today that the final events are near, and the final time is at hand.

Three times in a nation’s history, and the third will bring the salvation of Israel and the world.

The vital question is a deeply personal one. Am I – are you – properly related to the Lord Jesus Christ, who will stand upon the Mount of Olives to save Israel and to be King of the World? Are you a sceptic – an atheist, an agnostic, a doubter, or just indifferent?  Or do we wait for him as our coming king?

Jesus gave clear direction as to how we should relate to him.

When the Son of Man comes in his glory, and all the holy angels with him, then he will sit on the throne of his glory. All the nations will be gathered before him, and he will separate them one from another… Then the King will say to those on his right hand, ‘Come, you blessed of my Father, inherit the kingdom prepared for you from the foundation of the world: for I was hungry and you gave me food; I was thirsty and you gave me drink; I was a stranger and you took me in; I was naked and you clothed me; I was sick and you visited me; I was in prison and you came to me’ (Matthew 25:31–36).

As the world moves on towards the hour of destiny it is vital that we are on the side of the Messiah.  For with him is the hope of salvation, of living for ever in the Kingdom of God.