This Man I Knew 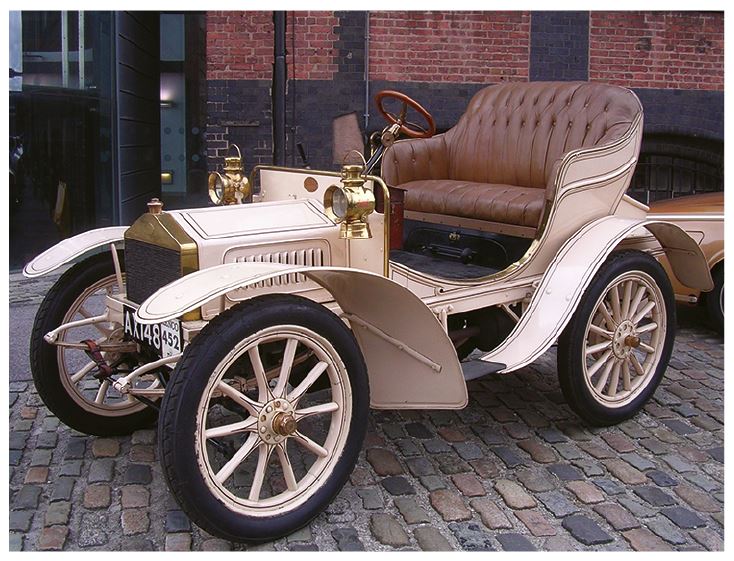 THERE WAS A MAN I once knew. He was born towards the end of the 19th Century to a poor family in Manchester. He and his fellow urchins wandered the streets barefoot, and they were always hungry. They lived in back-to-back terraces not far from the main route into the city markets, so they would lurk on the off chance that something edible might fall off the wagons as they jolted around corners. Well, actually they became very good at knocking off the occasional turnip or cabbage and skipping away to where they could be eaten in safety. I think they must have invented the phrase

“it fell off the back of a wagon”.

Life was hard and he could have given up, but he made the most of the small amount of education he had, and managed to get an apprenticeship in a local garage. There he worked alongside its owners, Mr Charles Rolls and Mr Henry Royce.

He was to work for their company for over 40 years, and he played his part in its development into the finest and most famous motor manufacturer in the world.

But what truly changed his life was an encounter with another man (whom I’ll tell you about later), who taught him the Gospel. This man I knew lived a life of service to Jesus Christ which was far more important to him than his day-job. It was all a long time ago. Now he sleeps in his grave, awaiting the reward from his master:

Well done, good and faithful servant; you were faithful over a few things, I will make you ruler over many things. Enter into the joy of your lord (Matthew 25:21).

One afternoon clocking-off time approached, and as each man finished his tasks he cleaned up and reached for his coat—home, a couple of hours in the pub, a game of ‘footie’ beckoned. Rolls, or was it Royce, looked up from the car they were working on and said, “Unless you help us lads we’re not going to get this one on the road today.”

Not another word was spoken. Each man put his coat back on the hook, took up his tools and got back to work, and no one thought to leave until the job was completed.

Perhaps that was the attitude that built that legendary company. Certainly it was the attitude of this man I knew. He was faithful and diligent with his job, just as he was in his service to his Lord. Jesus said:

Who then is a faithful and wise servant, whom his master made ruler over his household, to give them food in due season? Blessed is that servant whom his master, when he comes, will find so doing (Matthew 24:45–46).

To the Land of Opportunity

In 1908 the company left Manchester and moved to a new purpose-built factory in Derby. His job became more mechanised, and this man I knew got itchy feet. He decided to leave for the Land of Opportunity. He worked his passage to the USA, as a stoker on a steamer. At first all went well—he found a good job and a wife. Then everything went wrong—his young wife died, he lost his job and lost everything. For the second time in his life he was wandering the streets, penniless.

He worked his way back to Britain on another steamer. Rolls Royce gave him his old job back. Perhaps making those engine parts was to be his life’s work after all.

A few days after he started, an inspector came to see him.

“Have you worked on this machine before?” the inspector asked.

“Yes sir, before I went to America.”

“I knew it,” the inspector said, “these parts were never as good whilst you were away, and now they’re back to their previous standard. Carry on, my man, carry on!”

They chatted, and after work the inspector looked him out, this man I knew. He said he’d like to share something with him. And of all things, it wasn’t a drink at the local pub, he invited him to a Bible talk. That’s how he came to know the Gospel. In time he was baptised. He became a child of God, and the inspector became his brother.

God… “will render to each one according to his deeds”: eternal life to those who by patient continuance in doing good seek for glory, honour, and immortality (Romans 2:6–7).

One Man And His Clocks

This man I knew had a passion for grandfather clocks. When he retired he’d buy broken clocks, renovate them and sell them—it supplemented his pension. He would have half a dozen or so scattered around the house. He gave them all names, and when they all began to chime the hour—some slightly late, others slightly fast, few exactly on time—you needed ear plugs.

My mother used to clean for him. He would leave notes for her, along the lines of:

“Dear Dorothy, have lost a sprocket from Jemima. Please watch out for it as you clean. Jonah has the right time. Thank you. Pop.”

He would only sell a clock when he was content that it was in as good condition as he could possibly make it. He worked on them with the same loving care which had in time past been applied to the engine parts.

That dedication, that thoughtful skill, that carefulness was applied to his Christian faith as well. His life was centred on the Bible, which taught him all he needed:

I used to mow his lawn to earn myself some pocket money. I cycled the four miles to his house. I used a lawnmower which he had rebuilt. When I’d finished my job he would lovingly clean and service the mower. I learnt a lot from him about machinery.

As I set off for home his parting message was always “It’s a discipline, lad, a discipline!”

He and his wife could stand in the garden and call, and a succession of birds—a robin, pheasants and others—would fly out of the wood to be fed from their hands. He also had a device for scaring off the pigeons from his vegetable plot, rigged so that he could operate it while lying in bed.

Why is it that when we’re young we feel so awkward around older, wiser people? Why is it we don’t avidly learn everything we can from them? This man lived with such simple dignity and thoughtfulness. He was content. It seems to me that his was a life which epitomised the Apostle’s words:

Let your gentleness be known to all men. The Lord is at hand. Be anxious for nothing, but in everything by prayer and supplication, with thanksgiving, let your requests be made known to God; and the peace of God, which surpasses all understanding, will guard your hearts and minds through Christ Jesus (Philippians 4: 5–7).

I can see them now in my mind’s eye, this man and his diminutive wife in their customary places a couple of rows from the front in the Christadelphian hall in Derby. When they sang hymns they would stand bolt upright, engrossed in their worship—they didn’t bother with hymn books, they seemed to know all the hymns by heart.

He was a quiet man, always in the background, but he served his Lord and his brothers and sisters in many ways, and he knew how to speak a ‘word in season’

In Christadelphian meetings there are no ministers, every duty is done by one of the members. As a young and inexperienced brother made his way to the front of the hall to give a talk, this man I knew would grasp his hand with a firm and friendly greeting: “Keep within the pages of the Book, brother.” And so, many a young man learned the invaluable lesson—the congregation was there, not to listen to him but to listen to the Bible.

This man I knew, he lived a life which gave glory to God:

You are the light of the world. A city that is set on a hill cannot be hidden. Nor do they light a lamp and put it under a basket, but on a lampstand, and it gives light to all who are in the house. Let your light so shine before men, that they may see your good works and glorify your Father in heaven (Matthew 5:14–16).