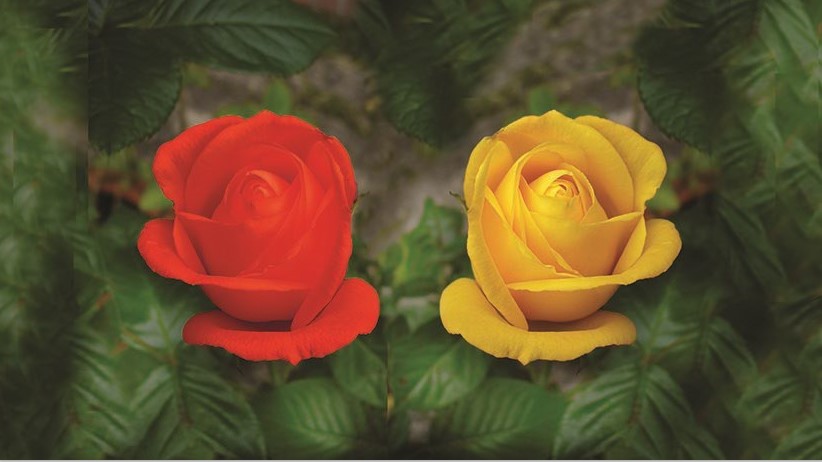 ARE THERE PARTS of the Bible that are more relevant than others? Some Bible readers would say so—what do you think?

It’s sometimes claimed that some parts of the Bible present a less pleasant view of God than other parts. The Bible’s critics will allege that the Old Testament—the first part of the Bible which deals with the history of the world before Jesus Christ— presents a harsh and unforgiving God: ‘the Lord your God is a consuming fire, a jealous God’ (Deuteronomy 4:24). Whereas in the New Testament, which deals with the life and teaching of Jesus and his followers, we read statements such as ‘God is love’ (1 John 4:8). On this basis, there are those who prefer to disregard the Old Testament and concentrate on the New.

There are problems with this view. The first problem is that it assumes that God is the invention of people. This undermines everything the Bible says about itself. It claims to be God’s revelation of Himself to us (2 Timothy 3:16). If we suppose that actually it was written by people who were portraying God as they thought He should be, then it has no authority and there’s no reason why we should take it seriously.

And a third problem is that it is simply not true to suggest that the two Testaments present a different God. The Old Testament Law of Moses made it clear that the basis of its strict moral code was the love of God—for example ‘You shall not take vengeance or bear a grudge against the sons of your own people, but you shall love your neighbour as yourself: I am the Lord’ (Leviticus 19:18). The New Testament, which says so much about love and forgiveness, also speaks of judgement and punishment, for example ‘If we go on sinning deliberately after receiving the knowledge of the truth, there no longer remains a sacrifice for sins, but a fearful expectation of judgement, and a fury of fire that will consume the adversaries’ (Hebrews 10:26–27).

The answer to the problem becomes clear as we read through the Bible—Old and New Testaments—and see the character of God revealed, beautifully and consistently. Very often the Bible brings out two balanced aspects of God’s character: kindness and severity. Mercy and judgement. Grace (a Bible word that means ‘favour towards the unworthy’), and truth. They are not in conflict, they are complementary.

For example, the history books of the Old Testament show how God treated His people, Israel. He made promises to them and blessed them, and required them to be faithful to Him. When they failed He suffered their unfaithfulness for many years, pleading with them and warning them. Finally there was no remedy, He destroyed the nation as He had warned He would— but not completely, He left a remnant. He showed them mercy, and He also showed them the truth of His word. This is how the Bible describes God’s character:

Know therefore that the Lord your God is God, the faithful God who keeps covenant and steadfast love with those who love him and keep his commandments, to a thousand generations, and repays to their face those who hate him, by destroying them’ (Deuteronomy 7:9–10).

The New Testament opens with the birth of Jesus Christ. As God’s Son, Jesus displayed perfectly the character of his Father (John 14:9). This is how he is introduced in John’s Gospel: ‘And the Word became flesh and dwelt among us, and we have seen his glory, glory as of the only Son from the Father, full of grace and truth’ (John 1:14).

The God of the Bible has always been the same. He is not the indulgent grandfather- figure that some imagine, and He is not the wrathful tyrant that others imagine. He is infinitely merciful and forgiving towards those who want to be shown mercy and to be forgiven—but He will not show mercy to those who do not want it. If we find Him difficult to understand, it just means we need to get to know Him better!