The Palace at Shushan 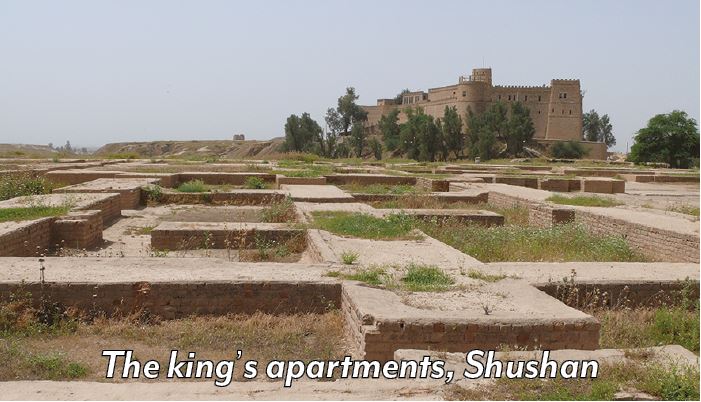 ON THE outskirts of the city of Shush in western Iran lie the remains of Shushan, winter palace of the kings of Persia and the setting of the Bible book of Esther.

Esther was the Jewish queen of the Persian King Ahasuerus (Persian kings had various names, it’s generally agreed he was Xerxes I who reigned approximately 486–465BC).

Some modern scholars have dismissed the book of Esther as a work of fiction which bears no relation to historical facts. However, excavations at Shushan have provided fascinating evidence that the book is actually highly accurate in its descriptions of the royal city and palace—indicating that we can also be confident of the other historical details. For example:

finement in the ‘women’s quarters’ to which the public had no access. Archaeologists have identified the harem, containing a series of apartments each with its own small courtyard.

•             The palace was entered through a series of courtyards. The outer courtyard is mentioned in chapter 6:4.

•             Chapter 5:1 gives precise details of the layout of the heart of the palace: “Now it happened on the third day that Esther put on her royal robes and stood in the inner court of the king’s palace, across from the king’s house, while the king sat on his royal throne in the royal house, facing the entrance of the house.” Excavations have revealed the throne room, immediately in front of the royal apartments. The throne room was on a raised platform, accessed from the inner courtyard by a long ramp so the king would be able to see anyone entering the inner courtyard.

The French archaeologist Jean Perrot, former Director of Excavations at Shushan, said: “One today rereads with a renewed interest the book of Esther, whose detailed description of the interior disposition of the palace of Xerxes is now in excellent accord with archaeological reality.”