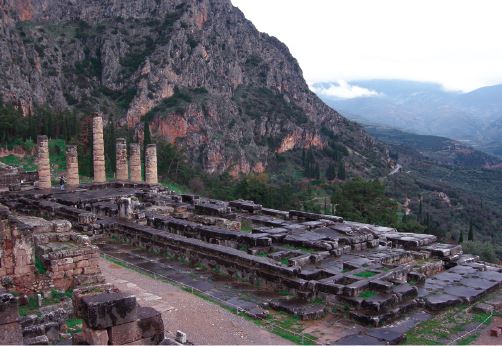 This is the seventh in a series in which we examine this fascinating Bible book. You can catch up with the previous articles at

ACTS WAS WRITTEN in the early part of 62ad and contains an account of the work of some of the apostles from about 30ad to 62ad. Some have suggested that it was written later but dressed up to seem authentic; others suggest that it has been tampered with since it was written so that it is an inaccurate record. One of the ways to test these assertions is to compare the content of Acts with what we know about the world in the period it describes.

In Acts we find references to 51 different cities and to at least 20 provinces. Some of these are mentioned only in passing, but others are described in considerable detail. The detail in Acts can be matched up with information from two sources: one of these is the findings of archaeology and the other is what is written about the same places in ancient literature.

The book of Acts gives verifiable details of customs and of people. Some of the people in Acts appear in other literature and some have left inscriptions. For example, the Asiarchs were officials who regulated religious observance in the province of Asia. They are referred to in Acts 19:31. Archaeologists have found a building in Ephesus which seems to have been the offices of the Asiarchs.

There is a wealth of evidence about the city  of Corinth at the time of Paul. Archaeologists have excavated the city centre, and among the structures discovered is the governor’s judgement platform: this is referred to in Acts 18:12 as the “judgement seat”. The governor was Gallio, and an inscription of his has been found in the ruins of the temple of Apollo in Delphi. It can easily be dated to his term of office which Acts describes.

In Corinth Paul used the home of Titius Justus, which was next door to the synagogue (Acts 18:7). A door lintel with the inscription “[Syn]agoge Hebr[aios]” was discovered on one of the main streets in the city. The date of this inscription is debated, but it could well be the synagogue that was in use at the time of Paul’s visit.

The most spectacular discovery in Corinth is an inscription on a pavement. Translated into English it reads: “Erastus, for having been made aedile, laid this at his own expense.” Erastus is mentioned in the letter which the apostle Paul wrote from Corinth to the church in Rome: he’s identified as “the treasurer of the city” (Romans 16:23). An aedile was a lower rank of official than the treasurer, but it seems this inscription is from an earlier stage of his political career.

Similar detail appears in excavations of other cities.

The Roman Empire was run by appointing a Roman governor to head the system of government in each province. This means that different provinces and cities had different constitutions and different sets of titles for the officials who ran them. These people were in a position to put their names on monuments and inscriptions, so we are able to confirm the titles by which they are known in Acts.

We have already seen that Erastus was aedile in Corinth. This was a Roman colony and so was run on Roman lines; the inscription is in Latin. Gallio was proconsul of Achaia at exactly the correct time (the year after the decree of Claudius); he is identified by his correct title in Acts 18:12.

It is noticeable that Acts mentions the ruling officials in a number of cities; these are confirmed by inscriptions discovered by archaeologists (as shown in the chart). Acts is correct in every instance. There was no central registry of this information in Rome; no one would be able to produce an accurate set of titles unless they had been there themselves and, as the system changed from time to time, at the correct date. Acts fits exactly with this requirement, as do the letters in the New Testament. It could only have been written by someone who was either an eyewitness or received their information, in great detail, from an eyewitness. This matches what we know of Luke, the writer of Acts.

A last line of evidence comes from the information that Acts contains about the Roman Army. Acts occasionally mentions military officers. For example, Cornelius was a centurion in the Italian cohort

(Acts 10:1) The unit can be identified as Cohors II Italica Civium Romanorum, which is identified from various inscriptions.

Acts and Luke fit exactly into the period that they describe. Their accuracy is confirmed by archaeological discoveries and by references to the same time in ancient literature.