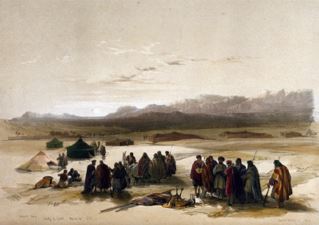 THIS IS A short prophecy, consisting of just one chapter, about Israel’s Arab neighbours. It applies particularly to our days, and it has an amazing outcome!

The name Obadiah is Hebrew, meaning ‘servant of Yahweh’, the God of Israel. Interestingly, the prophecy is about both Israel and Arabs.

The nation of Edom was descended from Esau, who was brother to Jacob the ancestor of Israel. Edom was located south and east of the Dead Sea. Today it is the southern part of the Kingdom of Jordan.

The Edomites were always hostile to Israel, just as their ancestor Esau had been to Jacob (see Genesis 27:41).

When the Babylonians invaded Judah around 586 bc, the Edomites took the opportunity to persecute the Jews
(verses 11–14).

Mount Esau (vs. 8, 9, 19, 21), sometimes called Mount Seir, is another name for the country of Edom. Mount Zion is at Jerusalem. Here was the capital of God’s ancient kingdom, and it is here too that Christ will reign as King when he comes again.

Israel will once again occupy all that territory described in Obadiah verses 19 and 20. All nations, including many of the Arab peoples, will benefit when, as verse 21 says, “the kingdom shall be the Lord’s”. The prophecy in Isaiah 2:1–4 contains further details.