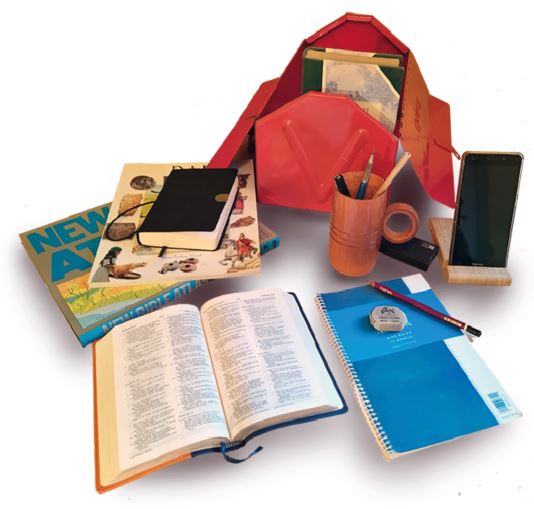 IF YOU REALLY want to understand the Bible, the first thing you must do is read it. By reading the text you will become familiar with it. When you read one part it will begin to remind you of something you have already read. As your familiarity with the book increases so will your understanding. As the Bible says itself, “Faith comes by hearing, and hearing by the word of God” (Romans 10:17).

Understandably this may seem to be quite a daunting task, the Bible is after all a very large book. It is therefore helpful to have a bit of an overview of what it’s all about.

For the Bible isn’t just one book, but a collection of 66 books, written by different authors over a period of something like 1400 years. It is a remarkable collection of books, not least because they all share the same message. Despite the multiple writers the message is consistent from one book to the next.

How Is The Bible Put Together?

The books in the Old Testament can be divided into several sections, as laid out on the facing page. The Old Testament was written well before the birth of Jesus, primarily to the people of Israel. All the writers of the Old Testament books are Jews with one or two possible exceptions, such as the book of Job and a few passages scattered through some of the other books. They are mainly written in Hebrew, with a few sections of the later books having some passages written in the similar language of Aramaic. Our English version of the Old Testament is a translation from these original languages.

The books in the New Testament can similarly be divided into sections as shown below. The New Testament was originally written in Greek—not classical Greek but the everyday Greek of the common people.

Our English New Testament is a translation from the Greek original.

The New Testament makes many references to the Old Testament. The clear implication is that both Old and New Testaments need to be read together in order to understand the whole. One of the most powerful examples of this is Jesus’ own statement after his resurrection, in which he explained to his disciples that all that had happened to him could be found in the Old Testament:

Then he said to them, “O foolish ones, and slow of heart to believe in all that the prophets have spoken! Ought not the Christ to have suffered these things and to enter into his glory?” And beginning at Moses and all the Prophets, he expounded to them in all the Scriptures the things concerning himself
(Luke 24:25–27).

How To Read The Bible

The Bible needs to be read honestly and with an open mind. It needs to be read prayerfully. A simple short prayer requesting God’s help is wise. It is also very useful to read the Bible bit by bit. It may help to use a Bible reading plan, such as the Bible Companion on the following pages.