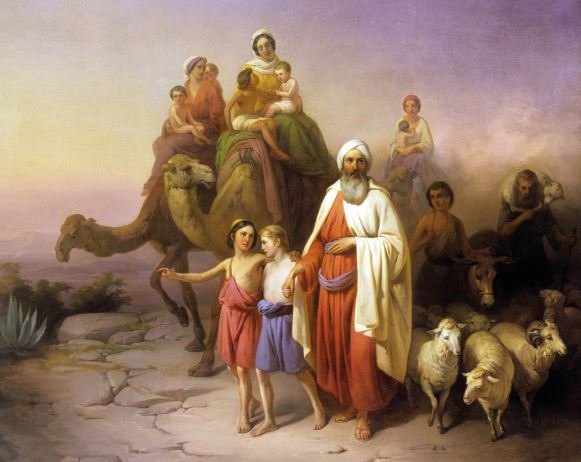 AGAIN AND AGAIN in the Bible, we are reminded that God has great things in store for this earth. For example in the culmination of Daniel’s first prophecy:

And in the days of these kings the God of heaven will set up a kingdom which shall never be destroyed; and the kingdom shall not be left to other people; it shall break in pieces and consume all these kingdoms, and it shall stand forever (Daniel 2:44).

The Kingdom of God is the reward for those who have faithfully followed Jesus (Matthew 16:27). And more than this, it is the great purpose for which Planet Earth was created.

The Lord Jesus Christ gave his life as a sacrifice, and God raised him from death. When Christ rose from the dead he was a ‘new creation’. When a person is baptised and becomes a follower of Christ, they share in that new creation. This is how the Apostle Paul puts it:

Therefore, if anyone is in Christ, he is a new creation; old things have passed away; behold, all things have become new (2 Corinthians

The Christian life is a new life, imperfect though it will inevitably be in this present age. But it is lived in anticipation of the glorious and perfect new life which is to come at Christ’s return, when by God’s grace “We shall all be changed in a moment, in the twinkling of an eye, at the last trumpet. For the trumpet will sound, and the dead will be raised incorruptible, and we shall be changed. For this corruptible must put on incorruption, and this mortal must put on immortality”

“Your Will Be Done”

The present time is a brief introduction to an eternity of perfected creation on earth. This is what Jesus spoke of when he taught his disciples to pray, “Our Father in heaven, hallowed be Your name. Your kingdom come. Your will be done on earth as it is in heaven” (Matthew 6:9–10).

The destiny of the world is that God’s will is going to be done here. And quite beautifully, God’s will involves ultimate blessing and happiness for His creation—would that everyone could see that!

It is easy to lose that perspective, and to live as if Christianity means simply the acceptance of certain propositions, plus a gloss of charitable behaviour on a life basically devoted to present aims and pleasures. If your life is like that, you may appear to be a ‘good Christian’, whilst actually remaining in ignorance of what Christianity is really about.

No, the Grand Design behind creation is that God will be glorified. That is where everything is leading. The glorifying of you and me is part of it, but this will be upon God’s terms, which we can either accept or reject. Our power of choice is an essential element of godliness—‘God-likeness’. When Jesus said “The Father has not left me alone, for I always do those things that please Him” (John 8: 29), he did not mean that he was incapable of any other action, but that he could not bring himself to choose any other course than what he knew to be the will of God. That difference is important. And although Jesus Christ is so superior to us, he is nevertheless the pattern to which we should aspire in grateful worship, mindful of what has been done for us.

This is the Apostle John’s vision of the consummation of God’s purpose in the Bible’s final book:

Now I saw a new heaven and a new earth, for the first heaven and the first earth had passed away… And I heard a loud voice from heaven saying, ‘Behold, the tabernacle of God is with men, and He will dwell with them, and they shall be His people. God Himself will be with them and be their God’ (Revelation 21:1–3).

This is a symbolic vision, but it clearly shows the end towards which God is working —that He will at last be in unity with His creation.

Looking Beyond the Present

The Bible contains many wonderful promises which God made. Notable amongst them are the promises to Abraham, the ancestor of the Jews and Arabs and (of course) of Jesus Christ. Abraham did not see the promises fulfilled in his lifetime, so it stands to reason that he will need to live again to see them fulfilled.

Amongst other things he was promised a vast territory which would be his “for ever” (Genesis 13:14–18), and he was told to walk to and fro in it and admire it. He never inherited any of it in his lifetime.

What effect on his life did this promise have? During his mortal life he was content to live in that land “as in a foreign country”, a “stranger and pilgrim on the earth” (Hebrews 11:9–13). Of Abraham and other faithful people like him we read:

These all died in faith, not having received the promises, but having seen them afar off were assured of them, embraced them and confessed that they were strangers and pilgrims on the earth. For those who say such things declare plainly that they seek a homeland (Hebrews 11:13–14).

For followers of Christ, the more certain they are that God’s promises will be kept and His Kingdom established on earth, the more certainly will they see their own proper status and functions in the world of today—‘strangers’, ‘foreigners’, ‘pilgrims’, just passing through and not taking root or getting entangled. For, like Abraham, they “see the promises afar off”. The Apostle Paul sums it up:

The things of this world are things that are ‘temporary’ (2 Corinthians 4:18). It really is not worth striving for them. Jesus Christ had this reassurance for those who trusted him:

If we embrace these principles and live by them, what great benefit there is for us, both now and in the world to come.