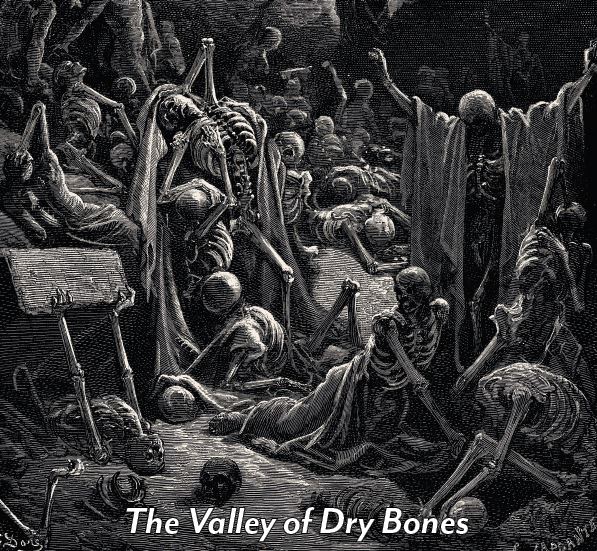 EZEKIEL was a Jewish priest who was taken captive about 597 BC when the Babylonian army attacked Israel. God called Ezekiel to be His ‘watchman’, acting out parables and speaking “the word of the Lord” to warn His people of the coming troubles (3:17; 33:7–9 etc.). Ezekiel was shown visions of the glory of God. He saw God’s glory with the captives in Babylonia (chapter 1), and he saw it with the Jews who remained in Jerusalem (chapter 8); he saw it leaving Jerusalem because of the people’s wickedness before the city’s imminent overthrow by Babylon (chapters 10–11).

God’s warnings, both to Israel and to the surrounding nations, are contained in chapters 3–24. Judah’s last King, Zedekiah, was to be removed because of his godlessness. There would be no Jewish king after him “until he comes whose right it is” (21:27). That king will be Jesus Christ!

Chapter 37 contains a dramatic prophecy of the ‘Valley of Dry Bones’—the regathering of Israel, after their worldwide scattering. This process has been happening in the last hundred years. Chapters 38 and 39 speak of an invasion of Israel which culminates in their deliverance by God Himself.

As a reassurance to the exiles who had seen God’s temple destroyed by the Babylonians, Ezekiel was granted a vision of the future temple to be erected in Jerusalem, a focal point for worship in the Kingdom of God (chapters 40–48). In 43:4 he saw the glory of God which had departed the temple in Ezekiel’s own time, at last return “by way of the gate which faces toward the east”.

A Prophecy of Our Day

There are many prophecies in the Bible which give information about the events which will surround the return of Jesus Christ to the earth. One of the most detailed of these prophecies is Ezekiel chapter 38.

The prophecy starts with a confederacy of nations. “Gog of the land of Magog, the prince of Rosh, Meshech, and Tubal” are joined by Persia, Ethiopia, Libya, Gomer and Togarmah (vs. 1–6).

“In the latter years” this confederacy will mount an invasion of the nation of Israel, which has been newly established after an age of dispersion and is dwelling in comfort and complacency (vs. 7–12).

Sheba, Dedan, Tarshish and its allies offer a weak challenge to the invasion (v. 13).

God informs Gog that this is all in God’s plan, and the outcome will be that God is glorified by what He is about to do (vs. 14-17).

The invasion of Gog and his allies will be met by a supernatural response from God Himself (vs. 18–23). Putting this together with other prophecies, it is clear that this is the moment of Christ’s return.

The identity of some of the nations in the prophecy is obvious; others are addressed by their ancient names, and scholars debate about their precise identity. The map shows a common view of the locations of the nations which will be involved in the final conflict.