How to Be a Saint 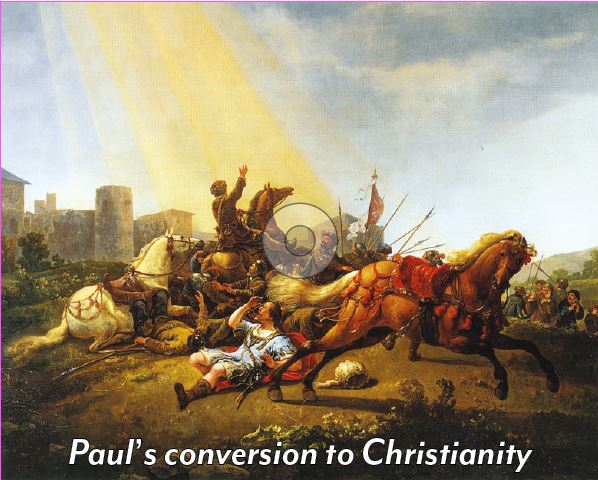 I ONCE KNEW a man who ran a second-hand bookshop. He loved books and would read anything that came into the shop. So when someone brought in a Bible he sat down to read it, even though he was an ardent atheist.

Next time he saw me he wanted a word: “Tell me about David.”

I tried to explain how this shows that even someone as great as David can fail and commit a horrible crime, which shows that even the best of us fail at times; that David repented, and God forgave him, and this shows God will forgive even something as horrific as David’s sin. But he wasn’t interested. “Listen mate,” he said, “if your God can like a man like that, I don’t want anything to do with your God!”

Reflecting on this afterwards I thought of the words of the prophet Nathan, whom God sent to confront David with his crime. He said, “By this deed you have given great occasion to the enemies of the Lord to blaspheme” (2 Samuel 12:14). Certainly that was true at the time—the crime was evidently not as well hidden as David had hoped, and there would have been people who would have been quick to point out what had been done by this man who claimed to serve God. And here, 3,000 years later, Nathan’s words had proved true again!

But David was a great man of faith, and we know he will be judged worthy to be in the Kingdom of God (Hebrews 11:32). My friend had failed to appreciate two essential things about God—first, He is absolutely good. In His eyes we are all of us ‘sinners’ (failures), even the best of us, whether we like to admit it or not. And second, He is supremely merciful. There is nothing we can do that is so bad that He will not forgive us for it.

All we have to do is accept the forgiveness He offers on His terms. These are the terms: “For God so loved the world that He gave His only begotten Son, that whoever believes in Him should not perish but have everlasting life” (John 3:16). Jesus Christ gave his life as a sacrifice and God raised him to life again. If we respond to Jesus’ sacrifice by giving our lives to him, we embark on a new life as a child of God. We still fail, however hard we try, but we know that God will always forgive. And we look forward to eternal, glorious, sinless life in His Kingdom

The Apostle Paul was keenly aware of his own inadequacy and his need for mercy. In his letter to Timothy he says, “This is a faithful saying and worthy of all acceptance, that Christ Jesus came into the world to save sinners, of whom I am chief” (1 Timothy 1:15). He regarded himself as the chief of sinners —why? Because he had a finely tuned conscience which made him aware that he constantly fell short of the goodness of God. And also because he never forgot how before his conversion he had hounded and persecuted Christians.

David is sometimes referred to as ‘Saint David’, and Paul as ‘Saint Paul’. In view of the awful things they each did you may find this surprising. This is because there is a common idea that a ‘saint’ is someone who is especially virtuous. That idea is wrong.

What Is a Saint?

The Bible has a lot to say about saints. In the Old Testament the word is usually used of the nation of Israel (for example Psalm 50:5), and in the New Testament it’s generally used of all members of Christian congregations (for example Romans 1:7). Think about that: if you’re a follower of Christ, you are a saint.

The word ‘saint’ means ‘holy one’. What does that mean? ‘Holy’ means ‘set apart’, ‘devoted to God’, ‘separate from defilement’. A saint is someone who has made the decision to devote themselves to God.

It is a serious undertaking, and it means striving for the very highest standard. This is how the Apostle Peter puts it: “As He who called you is holy, you also be holy in all your conduct, because it is written, ‘Be holy, for I am holy’” (1 Peter 1:15–16). But it is not beyond anybody’s reach.

God wants you to be a saint!