How Medical Science Supports the Bible 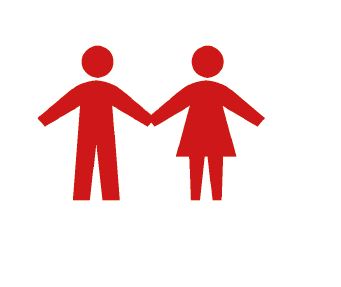 The first five books of the Bible are generally known as the Books of Moses, because they were written (or compiled) by Moses, around 1500 bc. Moses was brought up as a prince in the highly sophisticated world of Egypt. He ‘was instructed in all the wisdom of the Egyptians, and he was mighty in his words and deeds’ (Acts 7:22). The Books of Moses contain the detailed and elaborate Law which God gave (via Moses) to His people Israel, which would govern every aspect of their lives including health and welfare. It’s remarkable that the Law of Moses does not contain a single reference to the medical practices of Egypt, with which Moses would have been familiar—instead it contains rules and principles which must have seemed bizarre to Moses and his people, but (three and a half thousand years later) make absolute sense to us.

Here is a brief summary of ten medical topics on which the Bible is entirely up to date. Some refer to the Law of Moses and some are from elsewhere in the Bible.

Human waste contains all kinds of toxins, and nowadays we understand the importance of sanitation and sewage treatment. It’s surprising to realise that until relatively recently this was not understood. Until the 19th Century, human waste was dumped out of windows into the streets of London. The River Thames was used as a sewer. Huge numbers of people in similar cities died of cholera and dysentery, but nobody realised why.

If we go further back in time, the Egyptians in Moses’ day used animal and human dung as medicine. The Law of Moses contained a simple rule about personal sanitation—excrement was unclean, and it needed to be kept away from people and buried. You shall have a place outside the camp, and you shall go out to it. And you shall have a trowel with your tools, and when you sit down outside, you shall dig a hole with it and turn back and cover up your excrement. Because the Lord your God walks in the midst of your camp, to deliver you and to give up your enemies before you, therefore your camp must be holy, so that he may not see anything indecent among you and turn away from you (Deuteronomy 23:12–14).

In 1840 a Hungarian doctor called Ignaz Semmelweis made a breakthrough in medical practice in Vienna General Hospital where he worked. He told his staff that when they had handled a dead body or a sick patient, they must wash their hands before moving on to another patient.

The disease and death rate in his wards plummeted. It seems obvious to us, but it was not obvious at the time because people simply did not appreciate the value of hygiene. In fact many doctors refused to believe the evidence, and it was not until decades later that Semmelweis’s practice of handwashing was generally adopted.

The Law of Moses insisted on washing and cleanliness in the treatment of disease, for example Leviticus 15:13 and Numbers 19:17.

And when the one with a discharge is cleansed of his discharge, then he shall count for himself seven days for his cleansing, and wash his clothes. And he shall bathe his body in fresh water and shall be clean (Leviticus 15:13).

Leviticus chapters 13 and 15 contain detailed instructions regarding the treatment of people with bodily issues and skin diseases. Chapter 14 contains instructions regarding rot in the fabric of a building. Central to these instructions is the requirement to discard contaminated items and isolate the affected person (or building). Again, this seems obvious to us but that is only because we have the advantage of hindsight.

In the 14th Century the Black Death was raging in Europe. There was nothing else left to try, so it was decided to adopt the biblical principle of isolating people who were diseased. ‘He shall remain unclean as long as he has the disease. He is unclean. He shall live alone. His dwelling shall be outside the camp’ (Leviticus 13:46). It’s recognised that this measure was largely responsible for ending the Black Death outbreak.

Circumcision is the practice of removing the male foreskin. It was commanded by God for His people as a sign of their dedication to Him (Genesis 17:10).

As well as its spiritual significance it also has health benefits—there are lower rates of genital cancer among both men and women in societies which practise male circumcision.

The Bible’s instruction is that circumcision is to be performed when a boy is eight days old (Genesis 17:12). We now know why: a baby can bleed profusely during its second to fifth days of life, but there is a build-up of the clotting factor Vitamin K during the fifth to seventh days. The eighth day is the earliest time when the operation can safely be performed.

5.  Hardening of the arteries

Eating too much of the wrong type of fat leads to hardening of the arteries. This can eventually lead to heart disease, which is one of the leading causes of death in the world.

The Law of Moses warned us about this: ‘The Lord spoke to Moses, saying, “Speak to the people of Israel, saying, You shall eat no fat, of ox or sheep or goat. The fat of an animal that dies of itself and the fat of one that is torn by beasts may be put to any other use, but on no account shall you eat it”’ (Leviticus 7:22-24).

The abuse of alcohol is one of the world’s foremost causes of individual and social problems. Different societies have different attitudes to it, and its hazards are not always recognised. In the 19th Century alcohol was widely used in western medicine as an anaesthetic.

The Bible recognises the benefit of alcohol: ‘wine to gladden the heart of man, oil to make his face shine and bread to strengthen man’s heart’ (Psalm 104:15). But it also warns strenuously against the abuse of alcohol, for example ‘Wine is a mocker, strong drink a brawler, and whoever is led astray by it is not wise’ (Proverbs 20:1). This approach of alcohol in moderation is in line with recognised best practice.

Not too long ago smoking tobacco was viewed as harmless, and even good for the health. It was thought to protect against ‘bad air’. Nowadays medical science recognises that smoking is one of the biggest causes of premature death. Of course, smoking had not been invented when the Bible was written, but the Bible contains a clear and relevant principle. These are the Apostle Paul’s instructions to the followers of Christ:

Do you not know that your body is a temple of the Holy Spirit within you, whom you have from God? You are not your own, for you were bought with a price. So glorify God in your body (1 Corinthians 6:19–20).

This principle applies to many other things as well as tobacco—Christians should treat their bodies with respect and take care what they do with them.

The Bible insists that sexual relations must exist only within marriage. For example Hebrews 13:4: ‘Let marriage be held in honour among all, and let the marriage bed be undefiled, for God will judge the sexually immoral and adulterous.’ Increasingly this rule is rejected in our modern world. Multiple sexual partners are seen as the norm.

Sexually transmitted diseases are a serious and growing problem, particularly in western nations where ‘sexual freedom’ is encouraged. They would be unknown in a society which practised the Bible’s sexual morality.

It is only recently that medical science has begun to recognise how much influence the mind has over the body. There are a number of physical disorders which are either brought on or made worse by mental stress. This can be worry, jealousy, frustration, self-pity or other negative emotions.

It becomes ever more apparent that the Bible’s recipe for peace of mind is also a recipe for good health:

Do not be anxious about anything, but in everything by prayer and supplication with thanksgiving let your requests be made known to God. And the peace of God, which surpasses all understanding, will guard your hearts and your minds in Christ Jesus (Philippians 4:6–7).

The Law of Moses required that one day a week was to be a day of rest for people and animals (Exodus 20:8–11), and every seventh year the land was to lie fallow (Leviticus 25:1–7). In our modern world with its demands of business and leisure, every day can be equally stressful; and with fertilisers the land can be kept constantly productive. But it is increasingly being recognised that people and the environment can only take so much pressure.

Looking back from our 21st Century vantage point we can see the wisdom behind the Bible’s instructions on the subject of medicine and wellbeing. Moses, and the other great people who received God’s words, accepted them even when they may not have understood all the reasons, simply because they were confident that God is right. We can have that same confidence.