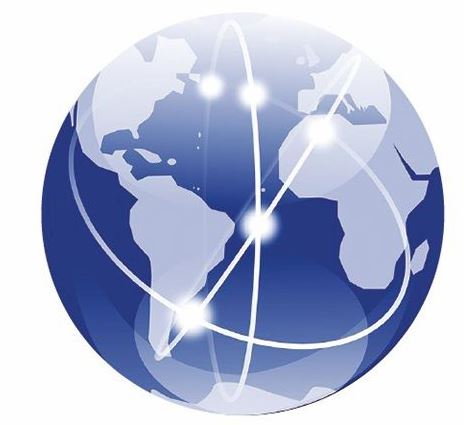 TO INTRODUCE this subject, may I ask you to read the Bible book of Genesis chapter 3 and the first nine verses?

Like many people you may believe that there is a God but not be particularly convinced that He is interested in people. You may accept that He made the world, but that was that. Maybe you feel that if He had an interest in people now, He would do something about our problems. Perhaps you believe, like very many people, that God is going to be more interested in you when you are dead.

If you’d like to know what the Bible says about the afterlife, that’s for another time (not that the answer is complicated, just lengthy). The same must be said about God’s dealings with present problems. I am not avoiding the subject, the answer is important, but we must reserve it for another time while we deal with our subject: God is still looking.

Someone once asked me how God could be everywhere. How could He see us and people on the other side of the world at the same time? We are better placed in our modern world to understand this than ever in the past. In our homes we can see and talk to people in different parts of the world, simultaneously in real-time, and even see people deep in space on the same screen. With the right equipment we can receive and store several incoming pictures at once. We can do what God, with His vastly superior nature, has always been able to do. He is able to store and remember—and also, like us, erase certain selected unpleasant parts!

We are better placed in these days to understand how God can hear lots of different conversations at the same time. Businesses rely on phones and voicemails, and conversations can be easily recorded and stored. As in our case, God may not reply immediately to communications.

Another example. I am constantly amazed by the amount of material which can be stored on my computer. This is nothing compared to the vast collection of material which is stored on cloud servers by media companies. If this is what we can do, what can God not do?

The Bible says God is everywhere. How is it then, we might ask, that in Genesis 3:9 God was looking for Adam? Did He not know where Adam was?

The merciful answer is that God knew perfectly well where Adam was. He was giving him the chance to confess what he had done. But Adam did not take the opportunity. Instead he made excuses and tried to pass the blame. That was the first sign of the change in his nature that was a consequence of his eating the forbidden fruit.

Now read about the first murder in history—Genesis 4:8–9. Cain not only made excuses, he was insolent. God knew exactly what had happened.

Three and a half thousand years later, God knew about a woman of faith living in a heathen city. When the Israelites, at God’s command, were about to destroy the city of Jericho, God arranged a series of events which gave Rahab the opportunity to declare her faith, and ensure the safety of all in her house when the city fell. God knew there was someone worth saving. The account is in Joshua 2 and 6.

You wouldn’t perhaps expect God to know of an African immigrant in Israel in 600 bc, would you? But read Jeremiah 38:6–13 and 39:15–18. Ebed-melech risked his reputation and his life to speak to the king and rescue God’s prophet. God rewarded him with his life: when the Babylonian attack on Jerusalem came he was guaranteed his survival, because he trusted God. God knew about the faith of that man when, perhaps, no one else did.

You would like an example from the New Testament? In Luke 19 we read of a most unlikely person, a tax collector who was working for the Romans. Such people were hated by most Jews because they were collaborating with the enemy, and also because many of them took more money than they should if they saw a way to do so. Zacchaeus was a tax collector, and to most people he was not a good person to know—but he had an interest in Jesus. When he heard that Jesus was in town he climbed a tree to get a better view. Perhaps he did this because he was small, but perhaps he also did it to hide because he knew he was unpopular. Jesus not only knew he was there, he knew his name! Please read Luke 19:5–10.

Notice those last few words: ‘The Son of Man came to seek and to save the lost’ (Luke 19:10). There is no doubt that God is looking for everyone who has even just a little genuine interest in him. Jesus said, ‘It is not the will of my Father who is in heaven that one of these little ones should perish’ (Matthew 18:14).

I could mention many more people whom God looked for and found in Bible times. I could tell of a man who insisted that Jesus was an impostor—as many do these days—but God gave him the opportunity to confess his mistake, as He did Adam, and this time the offer was accepted. The account is in Acts 9. He changed from a violent opponent to a caring believer. His name was Saul—later the Apostle Paul.

There was a humble prison officer. We are not told his name. There didn’t seem to be anything special about him, yet God caused the Apostle Paul to cross from Asia to Europe to find and baptise him. The record is in Acts 16.

Do you think that because all this happened years ago it could not happen now? I have news for you. The things that have been happening in the land of Israel since the Second World War were promised by God three thousand years ago—in Old Testament times. God is not restricted by time. The most unlikely things concerning Israel were promised, but they have all happened. Again, I cannot go into detail here about the place of present-day events in the purpose of God. If you read Ezekiel 37 you will see a prophecy which is in the process of being fulfilled, as we watch. I mention this in order to demonstrate that God is still active, and that He is looking for people who will believe with a little encouragement.

Having found them, what does He want them to do?

He wants them to pick up a Bible and read it with interest and with prayer, to believe Him, to repent and be baptised (like the Apostle Paul and the Philippian prison officer), and then to live a new and Christ- centred life.

God is looking for us. If we have found God, we can be confident that when Jesus Christ returns to eradicate war, famine, crime and disease and all the other ills of this present age, he will find us. And we can look forward to his greeting: ‘Enter into the joy of your master’ (Matthew 25:21).