Getting to Know the Devil 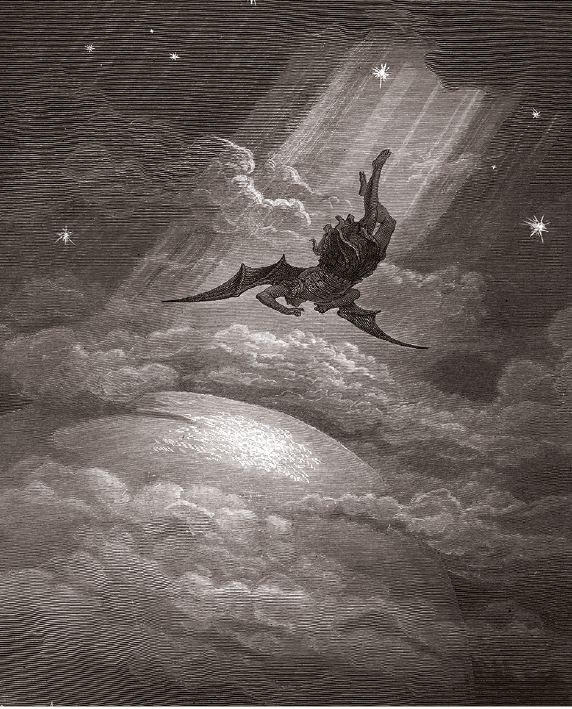 THE DEVIL is something that many people fear, believing it to be a powerful evil being or force, the enemy of God who incites us to do bad things (or sin). Mythology, art and horror fiction have added to the idea; it is also convenient to have something to blame for our own misdeeds!

Let’s look for the truth about this subject. The Bible is the Word of God, and so is the only authority we can turn to. The fact is that the devil is less frightening but more personal than we might think. Let’s start with the good news. Whatever we will discover about the devil, whatever it is, it has no power to harm us. The Bible explains that Jesus destroyed the devil, through his own death as a perfect sacrifice:

Inasmuch then as the children have partaken of flesh and blood, he himself likewise shared in the same, that through death he might destroy him who had the power of death, that is, the devil, and release those who through fear of death were all their lifetime subject to bondage (Hebrews 2:14–-15).

…now, once at the end of the ages, he [Jesus] has appeared to put away sin by the sacrifice of himself (Hebrews 9:26).

The Source of Power

The devil is typically portrayed as an evil power which opposes God. There are several problems with this point of view, but the main one is that all power comes from God.

There is no power beyond God, He created the universe and everything in it and continues to sustain life. He blesses when He chooses to; He also causes calamity or disaster when it is necessary. The Bible tells of no opposing force or alternative source of power.

The Source of Sin

The devil is also credited or blamed with making people sin or disobey God. The idea is of a person or influence which incites us to do the wrong thing, when we would otherwise do the right thing. However, the Bible makes it clear that when we do the wrong things it is our own fault, it is part of our human nature.

There is nothing that enters a man from outside which can defile him; but the things which come out of him, those are the things that defile a man (Mark 7:15).

He explained to his disciples about the many things men and women do wrong, and concluded: “all these evil things come from within and defile a man” (v. 23).

The tendency to sin comes from human nature, and we counter it by trying to be more like Jesus Christ. Paul wrote at length about this inner battle and summarised it like this: “So then, with the mind I myself serve the law of God, but with the flesh the law of sin” (Romans 7:25). (It’s worth reading the whole of Romans 7 to get to grips with this principle.)

The Devil in the Bible

Throughout the Bible we read of ‘devils’ or ‘demons’, and these are references to idol worship and superstition. The singular word ‘devil’ only occurs in the New Testament. When we see the English word ‘devil’ it is usually a translation of the Greek word ‘diabolos’ (from which we get the word ‘diabolical’). It comes from the word ‘to accuse’ and means a ‘false accuser’ or ‘slanderer’, which is how it is sometimes translated into English. It never means a malignant force or supernatural person, but is applied to normal people who were acting in this way.

Jesus answered them, “Did I not choose you, the twelve, and one of you is a devil?” He spoke of Judas Iscariot, the son of Simon, for it was he who would betray him, being one of the twelve (John 6:70–71).

We find the following two translations close together, speaking about the characters of those who should lead in the church:

Not a novice, lest being puffed up with pride he fall into the same condemnation as the devil. Moreover he must have a good testimony among those who are outside, lest he fall into reproach and the snare of the devil (1 Timothy 3:6–7).

Likewise, their wives must be reverent, not slanderers, temperate, faithful in all things (1 Timothy 3:11).

‘Slanderer‘ is the Greek word ’diabolos‘. Of course, the writer would not describe these wives as devils, but it is the same word as we find in the earlier verses. ‘Slanderer’ or ‘false accuser’ fits better in all the cases— there is no supernatural devil.

The same word appears in 2 Timothy 3:3 and Titus 2:3, also translated as ‘slanderer’. In fact, you should read ‘slanderer’ or ‘false accuser’ wherever you see the word ‘devil’.

Satan also appears in the Bible, and some think it is another name for the devil. However, just as with the devil, satan is not a name or a person, but a description. It appears 63 times in both Old and New Testaments and means an ‘opponent’ or ‘adversary’.

In fact, it is often translated as an adversary or ‘to withstand’. Here’s a useful example, where we have two parallel records:

Now Satan stood up against Israel, and moved David to number Israel (1 Chronicles 21:1).

Again the anger of the Lord was aroused against Israel, and He moved David against them to say, “Go, number Israel and Judah” (2 Samuel 24:1).

So in this case, God was satan! Clearly, He was acting as an adversary to David. Check the chapters for yourself.

Balaam was a greedy man who was summoned to curse Israel but was prevented by God from doing so. God sent His angel to intercept him on his journey. It’s a good story—read Numbers 22—but look how the angel describes his actions:

The Angel of the Lord said to him, “Why have you struck your donkey these three times? Behold, I have come out to stand against you, because your way is perverse before Me (Numbers 22:32).

In the original Hebrew, ‘to stand against’ is ‘satan’—the angel was acting as an opponent to Balaam.

When Peter opposed Jesus, trying to prevent him from going to his death, then Jesus answered:

Get behind me, Satan! You are an offense to me, for you are not mindful of the things of God, but the things of men (Matthew 16:23).

Don’t be fooled by the capital letters (which didn’t appear in the original Hebrew or Greek), neither ‘satan’ nor ‘the devil’ is a name of a supernatural person. Both refer to characteristics of human beings and, as in the cases we have shown, occasionally of God or His messengers.

Another feature of popular culture is ‘Lucifer’, supposedly a fallen angel who entices people to sin. His name means ‘light bringer’ and he is a Bible character, who appears just once:

How you are fallen from heaven, O Lucifer, son of the morning! How you are cut down to the ground, you who weakened the nations! (Isaiah 14:12).

The clue is actually in this verse, and his identity becomes very clear if you read the chapter from the beginning. In verse 4, we are told that the prophet is talking about the Assyrian king of Babylon, describing God’s judgements on him.

Good News- And a Warning!

So, there is wonderful news. We do not need to fear some supernatural being or fallen angel whose intention is to harm people or make us disobey God. There is no supernatural evil force which opposes God and all that is good. All power and authority come from God and Him alone.

However, this also means that we are responsible for our own actions. If we sin and disobey God, that is our fault and we are responsible. We can’t blame anyone else. But this warning also comes with good news, as we read at the start of this article. Because of Jesus’ sacrifice, God is willing to forgive our sins and forget them, if we are sorry and ask Him for that forgiveness. We need to be baptised to enter a special relationship with God, to make this possible.

Let’s continue to read our Bible, understand what it really says about good and evil, God’s plan and the future. And let’s act, to make that future our own.