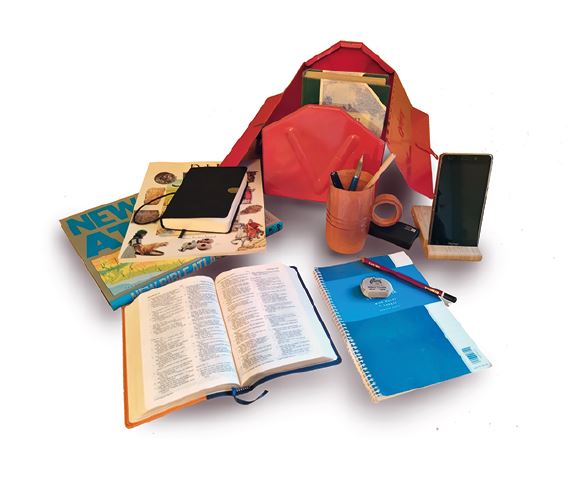 In the beginning God created the heavens and the earth (Genesis 1:1).

There is one God and one mediator between God and men, the man Christ Jesus (1 Timothy 2:5).

No one has ascended to heaven but He who came down from heaven, that is, the Son of Man who is in heaven (John 3:13).

“Men of Galilee, why do you stand gazing up into heaven? This same Jesus, who was taken up from you into heaven, will so come in like manner as you saw Him go into heaven” (Acts 1:11).

For the wages of sin is death, but the gift of God is eternal life in Christ Jesus our Lord (Romans 6:23).

All these verses have one thing in common, they are straightforward and say what they mean. They will help build a foundation for some of the parts of the Bible that are more difficult to understand.

So when you read the Bible, look out for direct statements. Perhaps write them down, and compare them with each other to build the bigger picture. But always make sure you understand the context.

It is important to know where you are in a book, and who is speaking and about what. It is possible to turn many a statement into something else if it is taken out of context.

As a slightly silly example to explain the importance of context, let’s look at the Apostle Paul’s words in 1 Corinthians 15:17): “If Christ is not risen, your faith is futile; you are still in your sins!”

Out of context you could argue that Paul is saying that Christianity is pointless because Christ is dead. But if you read the context (from verses 12 to 20) you’ll see that he is actually arguing strenuously that Christ is in fact risen from the dead. “But now Christ is risen from the dead, and has become the firstfruits of those who have fallen asleep” (v. 20).

An obvious book where context is important is the book of Job. The book is written at least superficially in the form of a play. The second section of the book records the dialogue between Job and his three (dubious) friends, Eliphaz, Bildad and Zophar.

It is important to understand who is speaking when quoting verses from this book because in the last chapter we read:

And so it was, after the Lord had spoken these words to Job, that the Lord said to Eliphaz the Temanite, “My wrath is aroused against you and your two friends, for you have not spoken of Me what is right, as My servant Job has”  (Job 42:7).

It is unsafe therefore to quote anything the three friends say in order to establish a Bible principle.

Another example where context is important is in the book of Isaiah. There is a colourful description of someone called Lucifer in chapter 14:

How you are fallen from heaven, O Lucifer, son of the morning! How you are cut down to the ground, you who weakened the nations! For you have said in your heart: ‘I will ascend into heaven, I will exalt my throne above the stars of God; I will also sit on the mount of the congregation on the farthest sides of the north; I will ascend above the heights of the clouds, I will be like the Most High.’ Yet you shall be brought down to Sheol, to the lowest depths of the Pit (Isaiah 14:12–15).

This passage is often used by those who believe that the devil is a fallen angel. However, the context shows Lucifer’s true identity: “You will take up this proverb against the king of Babylon, and say: ‘How the oppressor has ceased, the golden city

The name Lucifer means ‘light-bringer’, and historically it was the name for the planet Venus, which rises quickly to prominence in the morning sky then fades from view. This was an illustration of the rise and fall of Babylon.

In summary, two rules for reading the Bible—look out for direct statements, and always make sure you read the context.