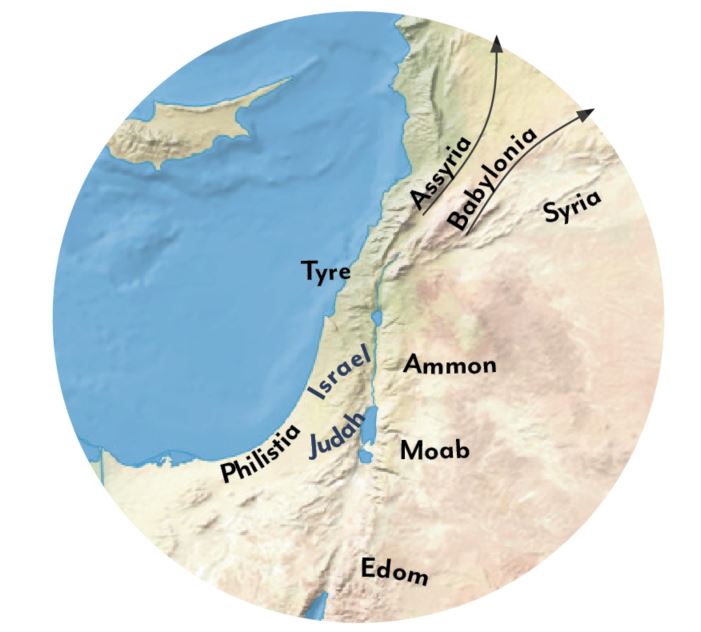 AMOS PROPHESIED around 800 bc. The nation of Israel was relatively prosperous, luxury and idolatry had turned the people away from their God. As a consequence they were threatened by invasions from the Assyrians and Babylonians in the north.

Judgements on the Nations

We can expect an echo of these events in the last days, when the Middle East is again invaded from the north (as foretold for example in Ezekiel 35–39).

Locusts (7:1–3): these symbolised the coming invasions by Assyria and Babylon (the picture is similar in Joel 1 & 2).

Fire (7:4–6): indicated that the judgements would be severe—for the cleansing of Israel.

Plumbline (7:7–9): Israel was not upright before God. They needed a plumbline (a plumbline is a string with a weight on the end which is used for checking whether a wall is vertical).The plumbline is the Divine standard, as shown later by Jesus Christ.

Summer Fruit (chapter 8): Just as the fruits in the basket were ripe, so Israel was ripe for judgement!