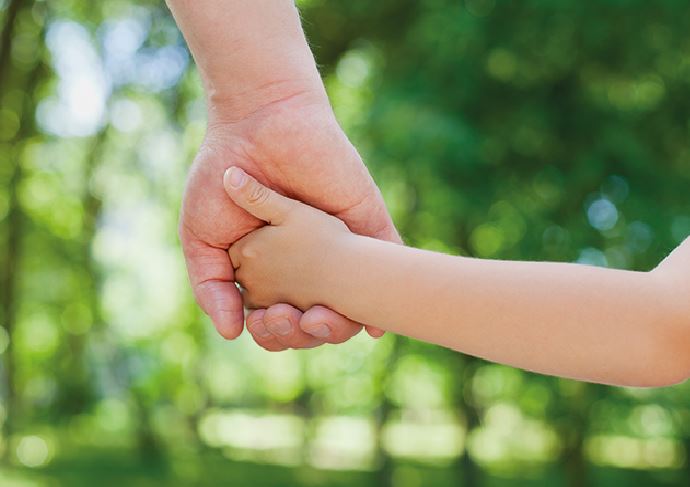 IT WAS A BEAUTIFUL Mediterranean evening, and my wife and I offered to take our twin 18-month old grandsons on a stroll along the sea front in order to give their parents a bit of time to themselves.

We strolled hand in hand along the wide promenade, Nan and I and our two boisterous toddlers. It was quiet at this time of the evening, as most of the tourists were eating indoors.

One of the boys wanted to go in one direction, the other wanted to go the other way. Eventually, after a vigorous waltz with one of them in my arms, I managed to disconnect his sense of direction and we all headed happily towards the marina.

Independent as ever, the boys wanted to walk on their own. They were steady on their feet but needed to balance themselves with elbows out, so it was a case of ‘look out anyone in their way’.

One of them headed for the low wall on one side of the promenade—he did not care about the drop to the beach below. The other wanted to play on the grass on the other side—he did not care that it was evidently also attractive to the local cats. Nan and I scuttled behind them, trying to ensure they remained within arm’s reach.

The prom began to grow busier as tourists came out to enjoy the evening. Most of them dodged out of the way to allow the boys to pass without incident. Then we came upon two elderly Spanish ladies, dressed from head to toe in black, heads protected from the evening sun by wide-brimmed hats with veils draped across their faces. They stopped, stooped and cheerfully greeted the charging boys.

The boys stopped in their tracks, terrified. Then they turned as one and ran to cling to our legs—one to Nan, the other to me. We laughed, took them up in our arms and approached the ladies. With our limited Spanish, we told them “Yes, the boys are brothers”, “Yes, they are twins”, “No, we don’t dress them alike as each has his own identity” … well, words to that effect. That was followed by some polite chat and with a final “Buenas noches” we went our separate ways.

The boys were lowered to the ground, and they gripped our hands firmly—for about a minute, maybe two—then they broke free and resumed their oblivious headlong charge.

Returning to our apartment, Nan called the boys to get ready for a bath whilst I tidied up.

Previous guests had left in the apartment a selection of well thumbed novels. There was also a Bible, which was not well thumbed—its pages were as white as they were when it was placed there some 25 years ago. Such a shame that the Word of Life seems to appeal so little to people!

I took it down and found the place I wanted.

Our twin grandsons had demonstrated that, when faced with a scary situation, they knew they could turn instantly to Nan and Gramps and be safe. They had charged recklessly on their way, but we were behind them watching and ready.

That is how it is for those who are God’s children. He is always there. Sometimes we may take our hands from His, we may be reckless and foolish, we may try to run ahead and go our own way and we may even forget about Him in our haste. But when we turn back to Him, He will be there. And when we put our hand in His, He will lead us in the way we should go. As the Lord Jesus said, “Do not fear, little flock, for it is your Father’s good pleasure to give you the kingdom” (Luke 12:32).