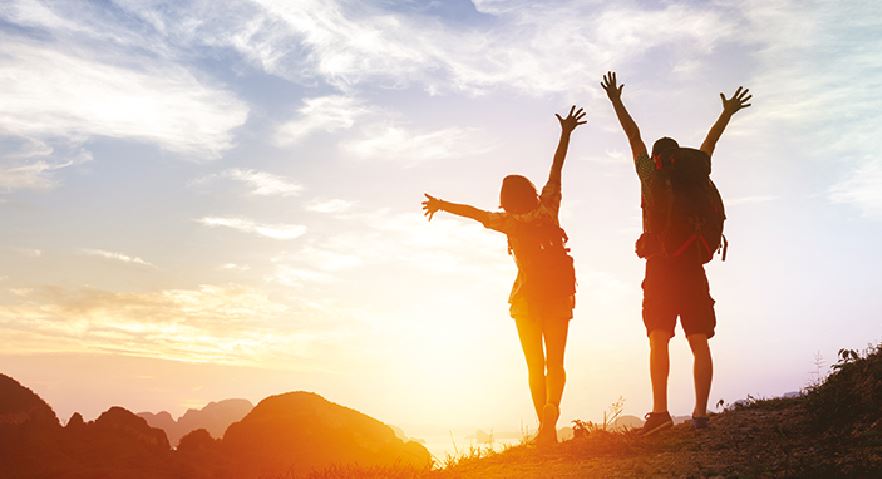 A man trudges wearily homewards. The strain of hard experience shows in his face. Last year his farm was flooded and all his livestock died. Thankfully his family survived, but they were left with nothing, and they were facing the very real prospect of starvation. He’d sowed his last few grains of rice with a fearful heart. But now there is some light in his eyes, because he is bringing home the first gathered crops—the firstfruits. In these fruits is centred all the hope, joy and thankfulness of those who have been saved from perishing.

In this man’s rural community the firstfruits can be critically important. This is how agricultural life has worked for most of history. This life was well known in Bible times, and the Bible uses the picture of the firstfruits to illustrate the significance of the resurrection of Jesus Christ:

But now Christ is risen from the dead, and has become the firstfruits of those who have fallen asleep (1 Corinthians 15:20).

The rising of Jesus Christ from the dead brought hope to the world, because the firstfruits hold the promise of the full harvest to follow.

This fifteenth chapter of 1 Corinthians is often known as the ‘resurrection chapter’, because in it the Apostle Paul explains in detail about resurrection—rising from the dead. The Bible relates how Jesus Christ rose alive from the tomb, and Paul explains that the fact of Christ’s resurrection is crucial to the Gospel message: “And if Christ is not risen, your faith is futile; you are still in your sins!” (v. 17).

This is because it is inextricably linked with the core beliefs of Christianity. All these beliefs are futile without the resurrection of Jesus. The whole plan of creation from the beginning, the whole scheme of divine redemption, the fact of salvation and the purpose of God Almighty, all revolve around the resurrection of Jesus. They require that what happened at the break of dawn on the first Sunday after Christ’s crucifixion, in the garden, when the stone was rolled away and revealed an empty tomb, is true. It is the world’s greatest wonder, mentioned dozens of times in the New Testament. It was the absorbing theme and the crux of the message of the Apostles (for example Acts 17:2–3, 31).

The Significance of Christ’s Resurrection

A Muslim once said to a Christian preacher that he was able to point to the tomb of his prophet and was therefore sure that he lived, whereas Christians cannot even be sure of the place where Jesus Christ was buried. That is true! But the empty tomb is the glory and the very foundation of the Christian faith. Jesus Christ not only lived but he is still alive and is alive for evermore. The message of Christianity is not that Jesus once lived, it is that Jesus lives.  We are not interested in where the tomb is, for the message of the angels was and is “He is not here, but is risen!” (Luke 24:6). And this supreme confidence is expressed by Paul: “If Christ is not risen, your faith is futile”

The Bible is the infallible Word of God and the Old Testament prophets were messengers of God, who were moved to proclaim their messages by the Holy Spirit of God, and not at all through human desire (2 Peter 1:20–21). The resurrection of Jesus Christ is the subject of Bible prophecy and so the truth and integrity of the Word of God depends on the truth of the resurrection. The Apostle Paul assures us “that Christ died for our sins according to the Scriptures, and that he was buried, and that he rose again the third day according to the Scriptures” (1 Corinthians 15:3–4).

To which ‘scriptures’ was he referring? One Bible prophecy which speaks about Christ’s resurrection is Psalm 16, which the Apostle Peter quoted in his speech on the day of Pentecost:

I foresaw the Lord always before my face, for He is at my right hand, that I may not be shaken. Therefore my heart rejoiced, and my tongue was glad; moreover my flesh also will rest in hope. For You will not leave my soul in Hades, nor will You allow Your Holy One to see corruption. You have made known to me the ways of life; You will make me full of joy in Your presence (Acts 2:25–28).

If this miracle of the resurrection was discredited the very fabric of the believer’s faith in the Bible would be shattered.

faith in the Word of God is futile.

All down the ages true believers have acknowledged their failings and prayed fervently to God for forgiveness of their sins. This is the consequence of a strong faith in the promise that Jesus Christ has delivered them from sin.  They have put their faith in the effect of the sacrificial blood of Jesus Christ (Matthew 26:28). They have had unshaken faith in the absolute victory of the Lord Jesus over sin and death

But the forgiveness of sins depends upon the truth of the resurrection. When Paul speaks about our being counted as righteous he links this with the resurrection of Jesus (Romans 4:20–25; Romans 10:9). The Apostle Peter makes the same link when talking about Christ and the second Psalm (Acts 13:32–37).

faith in forgiveness is futile.

Christians look forward to a future life beyond the grave. The true doctrine of a future life depends not upon the flight of an immortal soul to heaven at death, but upon the resurrection of the body from the grave. This body will be changed, made gloriously immortal as Jesus is now—but it will still be the same body.

For if the dead do not rise, then Christ is not risen. And if Christ is not risen, your faith is futile; you are still in your sins! Then also those who have fallen asleep in Christ have perished. If in this life only we have hope in Christ, we are of all men the most pitiable

faith in life after death is futile.

One of the fundamental teachings of the Bible is the personal return to the earth of Jesus Christ in power and great glory, to sit upon the throne of David as King of Israel and ruler of the world, and to establish the Kingdom of God on earth. While this is not widely recognised, the evidence of its truth is overwhelming in the Bible. In the very dark hours of the life of Jesus Christ he proclaimed it. When it became evident that his kingship was rejected he assured his dejected and disillusioned disciples that he would come to earth again with all the holy angels and reward every man according to his works (Matthew 25:31–46).

The apostles repeatedly preached the resurrection of Jesus. In Athens Paul argued that the resurrection of Jesus and his return are coupled together inseparably. Because one has happened, the other must also. This is the assurance that God has given to us. He has raised His Son from the dead.  Jesus Christ is alive and will therefore return with power and glory to establish God’s Kingdom (Acts 17:31–32).

faith in God’s Kingdom is futile.

And what good is a kingdom if the king is dead? What good is a throne if there is only a corpse to sit on it? How can the righteous hope for a reward, if he who has their reward is still lifeless? All the promises of God about Jesus depend upon the truth of his resurrection.

faith in his return is futile.

faith in baptism is futile.

Christ’s first day out of that tomb in the garden at Jerusalem was the means of stirring fresh hope in the hearts and lives of his distracted disciples, as he revealed himself to them as the risen immortal Lord. It is the one way that we, who have not seen him, can have real hope. The resurrection of Jesus is absolutely vital to the Christian faith.

Back to the man on the road. His family were in danger of starvation, but having gathered the firstfruits he now has confidence that they will survive. The firstfruits are evidence of better days ahead; good news in the midst of despair. Such is the resurrection of Jesus Christ. Without it we would be most miserable. But believing in the resurrection as the token of what God has promised us we have hope of being saved, and for that we too can be unspeakably joyful.