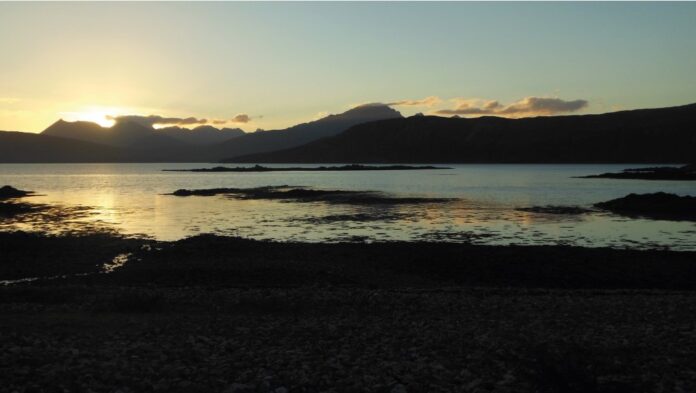 THIS IS ONE OF THOSE small words which have a big meaning. It speaks of time passing with an end in view. We don’t necessarily know when that end will be.

In the Bible, and the New Testament in particular, the word ‘until’ has tremendous importance. It is a word that requires faith in things to come. It is very often used of the return of Jesus Christ to establish the Kingdom of God. We do not know the time, but we have the guarantee that it will happen. ‘Until’ speaks of the end in view, and also things to be done meanwhile.

As Jesus looked over Jerusalem, where he was shortly to be crucified, he said, ‘I tell you, you will not see me again, until you say, “Blessed is he who comes in the name of the Lord”’ (Matthew 23:39). He knew that his people would reject and kill him, but his Father would raise him from the dead to immortality and glory to sit at His right hand in heaven—and that one day the Jews will at last accept him as their rightful king.

Sharing the Last Supper with his disciples on the evening before his death, Jesus said of a cup of wine, ‘This is my blood of the covenant, which is poured out for many for the forgiveness of sins. I tell you I will not drink again of this fruit of the vine until that day when I drink it new with you in my Father’s kingdom’ (Matthew 26:28–29).

After Jesus was raised and gone to heaven, Peter was preaching in the temple. His message was, ‘Repent therefore, and turn again, that your sins may be blotted out, that times of refreshing may come from the presence of the Lord, and that he may send the Christ appointed for you, Jesus, whom heaven must receive until the time for restoring all the things about which God spoke by the mouth of his holy prophets long ago’ (Acts 3:19–21).

We know Jesus meant that he was the Christ, the Son of God, the coming King. The Pharisees knew this but didn’t dare admit it (v. 46).

Do not pronounce judgement before the time, before the Lord comes, who will bring to light the things now hidden in darkness and will disclose the purposes of the heart. Then each one will receive his commendation from God (1 Corinthians 4:5).

The Apostle Paul is saying here that believers should not pronounce judgement upon each other, but it should be left to the Lord Jesus, who will bring everything to light and judge in righteousness when he returns.

The prophet Ezekiel foretold the end of the kingdom of Judah by means of the Babylonian invasion. Judah’s wicked king Zedekiah would be the last to sit on the throne in Jerusalem, until the arrival of its true heir:

And you, O profane wicked one, prince of Israel, whose day has come, the time of your final punishment, thus says the Lord God: Remove the turban and take off the crown. Things shall not remain as they are. Exalt that which is low, and bring low that which is exalted. A ruin, ruin, ruin I will make it. This also shall not be, until he comes, the one to whom judgement belongs, and I will give it to him (Ezekiel 21:25–27). The one to whom judgement belongs is the Lord Jesus Christ.

It is now two thousand years and counting, and Jesus has not yet returned. But the signs he gave to his disciples to look out for are seen to be in the process of being fulfilled daily. For example ‘Jerusalem will be trampled underfoot by the Gentiles, until the times of the Gentiles are fulfilled’ (Luke 21:24)—the Jews are now in control of Jerusalem. And again, ‘people fainting with fear and with foreboding of what is coming on the world. For the powers of the heavens will be shaken’ (v. 26). People are fearful of what is happening in the world, and the symbolic heavens—the world’s governments—are shaking.

Jesus told a parable about a nobleman who went to a far country to receive his kingdom, and then return (Luke 19:11–26). He gave his servants work to do while he was away: ‘Calling ten of his servants, he gave them ten minas, and said to them, “Engage in business until I come”’ (v. 13). In the parable, Jesus is the nobleman and we are his servants. Now is the time of our opportunity, to be busy in his service, preparing for his return.

The signs are clear that Jesus will return soon. Then the ‘until’ will become the ‘now’, and there will be opportunity no longer.