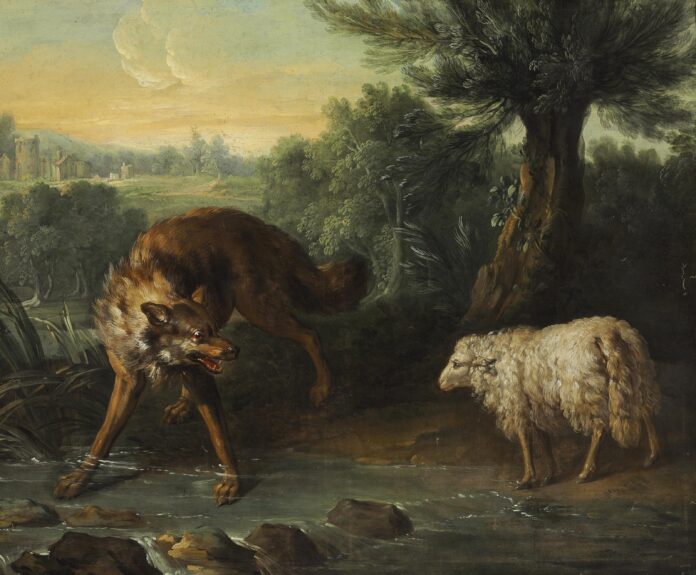 The wolf snarled down at the little lamb. It was about to pounce when, with trembling voice and amazing presence of mind, the lamb spoke: “Please, Mr Wolf, may I ask that before you end my life you carefully consider one or two things.”

“But, dear sir,” bleated the lamb, “if you let me grow bigger I should provide a much better meal than today.”

The wolf stopped snarling. He was thinking.

“And,” said the lamb, “if you let me grow really big you would get a double benefit. As well as a veritable banquet, you would get a woolly coat to keep you warm in winter.”

“Ah, a wolf in sheep’s clothing, that has its attractions,” mused the wolf.

“So for now will you let me go?” asked the lamb, ready to run.

There was a pregnant pause. Then the wolf pounced, and between mouthfuls was heard muttering to himself, “Why wait? I’m bigger and stronger than you, and eating lambs is what wolves do!”

I was reminded of this story when Iraq invaded Kuwait in 1990. Then of course, after 9/11 when the western allies invaded Iraq in 2003 in order to effect regime change.

Wars and fighting have been going on across the centuries – amongst nations, tribes and families and in the streets of our cities. The latest manifestation is the great wolf-like Russia bearing down upon the lamb-like Ukraine.

Is this just a random power-grab – or are we witnessing the reigniting of some crucial Bible prophecies?

You might like to read Ezekiel chapters 37 and 38. They describe the restoration of the nation of Israel after a long period of exile – planted back in their ancient land, surrounded by enemies, brought together with finally a king reigning over them in peace – that is the Lord Jesus Christ.

Whilst all this is in process, a great northern army is shown descending upon Israel, greedy for plunder. The opening verses of chapter 38 identify the power-grabbers. Gog is generally identified as Russia, and Magog as the territory of Ukraine. Persia of course is Iran, Ethiopia and Libya still have their ancient names.

Does this sound like a likely scenario? Well, yes it does!

About 150 years ago, a Christadelphian named John Thomas said, “When Russia makes its grand move for the building of its image empire, then let the reader know the end of all things… is at hand.”