You and the Infinite God 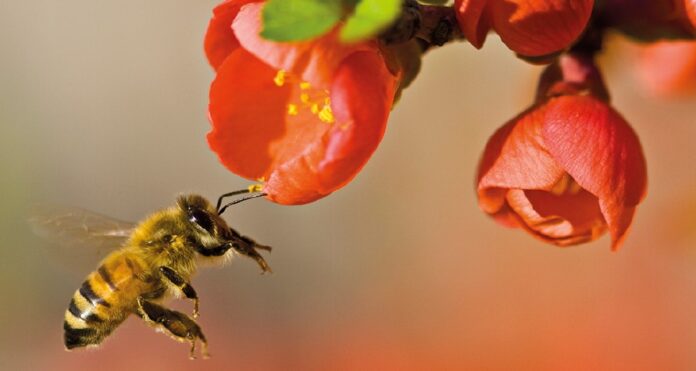 A BEE flew into the room, circled around and tried to exit through a closed window. I opened the window as wide as I could, then sat and watched, wondering at the bee’s stupidity as it bashed itself against the closed sash, oblivious of the fact that a few inches away the other sash was wide open.

Bees are not stupid, of course. God has given them the intelligence they need, but this does not extend to knowing about windows.

It occurred to me as I sat there that I was feeling just something of what God feels, as He watches us struggling to get through our lives—frequently taking the wrong direction, wandering around in circles, making mistakes and then making the same mistakes time and   again,   failing to see both perils and opportunities that confront us.

Admittedly there’s much less of a difference between a bee and me, as there is between us and the Creator of the universe in whose sight all the nations are as a drop in a bucket (Isaiah 40:15).

With this in mind, isn’t in incredible that God is interested in us at all? But He is— deeply, passionately interested in you and me, as individuals. Jesus Christ said, ‘Are not two sparrows sold for a penny? And not one of them will fall to the ground apart from your Father. But even the hairs of your head are all numbered. Fear not, therefore; you are of more value than many sparrows’ (Matthew 10:29–31). Next time you’re feeling isolated or unloved, think about that!

What is it that makes God interested in us? That’s perhaps an unnecessary question: it’s simply in God’s nature that He cares for His creation. ‘God is love’ (1 John 4:8). God is interested in everybody, and extends His love freely: ‘God so loved the world, that he gave his only Son, that whoever believes in him should not perish but have eternal life’ (John 3:16).

But it is a fact that relatively few people respond to His love (Matthew 22:14). From beginning to end, the consistent verdict of the Bible on the human race is that there is a minority who respond to Him and a majority who don’t. For those who don’t, this is the destination: ‘Man in his pomp yet without understanding is like the beasts that perish’ (Psalm 49:20).

So God is interested in everyone, but He requires a response. The Bible contains many descriptions of this response. Here’s one:

Consider this statement. You and I, insignificant specks that we are, we are capable of giving pleasure to the Creator of the universe! How? The first step, according to the Psalm, is to fear Him. This is not terror—it’s the attitude of respect which is appropriate in our relationship to God: ‘The fear of the Lord is the beginning of wisdom, and the knowledge of the Holy One is insight’ (Proverbs 9:10).

And the second characteristic of those who give God pleasure is that they ‘hope in his steadfast love’. They appreciate the enormity of the love that God showed when He gave His Son Jesus Christ to be a sacrifice for our sins—‘God so loved the world, that he gave his only Son, that whoever believes in him should not perish but have eternal life’ (John 3:16)—and they act upon it by seeking, finding and embracing Jesus Christ as their master and lord (John 13:13). This is what makes their Creator their Father, and brings them into a relationship of love and understanding with Him.

The God of Ages

Typically, bees live for only a few weeks. To us that’s an incomprehensibly short lifespan—but it’s a matter of perspective. In God’s sight, our 70-odd years is similarly brief. In Psalm 90, the writer is musing on the transience of humans versus the eternity of God: ‘A thousand years in your sight are but as yesterday when it is past, or as a watch in the night’ (v. 4).

We experience life as we live it. The past dims quickly, and the future is unknown. Can you imagine what it is like for God, before Whom all of time is in plain view (Isaiah 46:10)?

And can you imagine what is in store for you and me? God has promised to those who faithfully follow Him that when Christ returns they will be released from their weak, time-bound and sin-prone nature and changed so that they can share in His eternity (1 Corinthians 15:50-56).

I like bees. They’re beautiful and fascin- ating, and they pollinate plants among other things. I’m pleased to report that eventually the bee found its way out to freedom.

God loves us. What intense pleasure it gives Him, when we respond to Him: ‘For freedom Christ has set us free’ (Galatians 5:1).