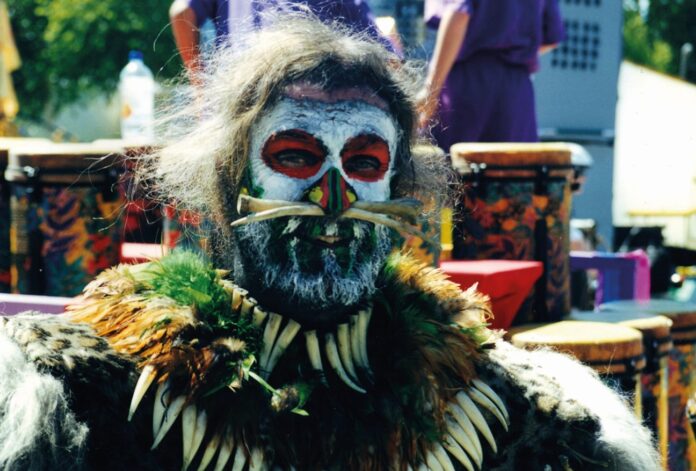 MANY SOCIETIES have a special local healer. In Africa they tend to be known as the ‘medicine man’ or the ‘witch doctor’, in parts of Asia and America as the ‘Shaman’. These are people who practise particular arts of healing based upon superstition. We shall show from the Bible that the follower of Christ must avoid these people.

We need to distinguish the ‘medicine man’ who deals in superstition, from the healer who deals in traditional techniques such as herbalism. The fact that a healer is not a member of the medical orthodoxy does not mean that they are wrong. This article is not concerned with traditional healers, but with those who claim to heal through magic and ritual.

It is unfair to use the word ‘fake’ without a proper explanation. Here is one example: in a certain village, anybody bitten by a snake is believed to be doomed without the intervention of a medicine man. Those who survive are those who were bitten by non-poisonous snakes, or by a poisonous snake which injected little or no venom. These people, who consider themselves ‘healed’, think the divination and rituals performed by the medicine man have cured them. The unfortunate ones who die are said to be destined to die or to have been attacked by angry spirits.

Another example: using his knowledge of herbs, the medicine man may administer a tree bark (which is medicinal) to a fever patient, but he will lay great emphasis on his alleged communication with the dead or oracles, rituals and charms as vital to the cure—when actually the bark by itself is sufficient.

It is easy for people who live in cultures that do not have medicine men to scoff at those who resort to them— but they should bear in mind how prevalent superstition is in some parts of the world. There are countries where medicine men are prominent in the media; they are endorsed by qualified medical doctors, and testimonies are provided by people who sometimes naively believe in them, and sometimes are paid to say so. Witch doctors claim to cure anything, even HIV/ AIDS. They may not receive international recognition because of lack of proof of their healing, but they can be very influential within their own society.

Whereas a sensible person may not think of resorting to a medicine man in normal situations, in times of stress or desperation they may well think: “What do I have to lose by giving it a try?” So let’s turn to the Bible. We will see that God forbids the use of superstitious practices, and offers us a better way.

The Bible condemns those who claim to communicate with the dead: for instance ‘Do not turn to mediums or necromancers; do not seek them out, and so make yourselves unclean by them: I am the Lord your God’ (Leviticus 19:31). Witchcraft (otherwise called ‘divination’) and the worshiping of idols are grievous sins: ‘Rebellion is as the sin of divination, and presumption is as iniquity and idolatry’ (1 Samuel 15:23).

The Apostle Paul lists ‘idolatry and sorcery’ as two of the ‘works of the flesh’ which can disqualify us from the Kingdom of God (Galatians 5:20).

In 1 Samuel 28 is the account of King Saul of Israel, who had previously rid the land of witchcraft in obedience to God’s command (v. 8), but in a time of desperation sought one out. He was condemned for it.

It is not and it never has been in the power of medicine men and witch doctors to do miracles. Let not their eccentric appearance and altered voice deceive you. All things come from God: ‘The earth is the Lord’s and the fullness thereof’ (Psalm 24:1). Those who claim to work miracles in the name of other gods are like those gods: they have eyes but cannot see, they have ears but cannot hear (Psalm 115:1-8). They have a brain but they cannot discern that the only God, the God of Israel, creates both well-being and calamity (Isaiah 45:7).

‘Without faith it is impossible (not hard or difficult but impossible) to please him, for whoever would draw near to God must believe that he exists and that he rewards those who seek him’ (Hebrews 11:6). Faith, like money, has proven itself to be easier to acquire in time of comfort, but hard and very necessary in time of want. If we really think we have faith, then our actions when times are difficult must prove it.

So, if we are ill or in other need, we will seek help but not in a way which God forbids. If we really believe that God’s will should be done in our lives, then the urge to visit the medicine man will be as absurd as the urge to steal when in poverty. If we can see these urges as temptations and not a genuine option, then the words of the apostle Paul will be of comfort in the struggle:

No temptation has overtaken you that is not common to man. God is faithful, and he will not let you be tempted beyond your ability, but with the temptation he will also provide the way of escape, that you may be able to endure it (1 Corinthians 10:13).