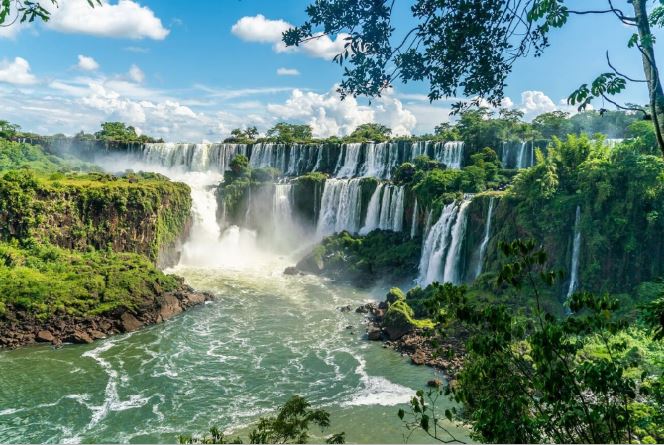 THIS IS one of the most brilliantly simple inventions of the modern age—it’s a white noise machine.

Our world is full of unwanted noise: traffic, machinery, people, people’s music, aircraft noise … when we yearn for peace and quiet it can be hard to find, and so white noise can be the answer.

White noise is a steady noise in the background. You get used to it, and it effectively helps to mask the noises you don’t want to hear. True white noise is a combination of every audible frequency and sounds like the hiss of an untuned radio, but there are many other sounds available from a huge variety of machines, web sites and phone apps—the sound of wind in trees, rain on a tent, the sea-shore, a coffee shop, a waterfall …

White noise can be the key to a good night’s sleep in a noisy home, or a productive day in a noisy office. But might we also use it to block out sounds we should be listening to?

The Call of Wisdom

The Bible book of Proverbs paints some brilliant word pictures. This is one of them:

Wisdom calls aloud outside; she raises her voice in the open squares. She cries out in the chief concourses, at the openings of the gates in the city she speaks her words: “How long, you simple ones, will you love simplicity? For scorners delight in their scorning, And fools hate knowledge” (Proverbs 1:20–22).

What is wisdom? It’s been defined as ‘the appropriate application of knowledge’. It’s knowing what’s right and letting that knowledge guide your life. Wisdom is essential to Christian life, and the place to get it (of course) is the Bible. Why don’t more people seek it?

Proverbs presents the picture of wisdom as a strident woman, standing boldly on the street corner and urging passers-by to listen to her life-saving message. But the fact is, it would be inconvenient and perhaps a bit embarrassing to stop and listen, so most people block her out and hurry past. They’ve got other things in their lives that are more appealing.

The Call to Repentance

In the 6th Century BC the Jewish nation was heading for destruction. It was increasingly godless, immoral and violent. Jeremiah was one of a number of prophets who were sent by God to plead with them to mend their ways:

I have also sent to you all My servants the prophets, rising up early and sending them, saying, ‘Turn now everyone from his evil way, amend your doings, and do not go after other gods to serve them; then you will dwell in the land which I have given you and your fathers.’ But you have not inclined your ear, nor obeyed Me (Jeremiah 35:15).

Jeremiah was an unpopular man, he was resented and mocked, imprisoned and abused because of his message. One of his problems was that he was in competition with other prophets—prophets whom God had not sent, but who were giving the people the false message that everything was alright.

An astonishing and horrible thing has been committed in the land: the prophets prophesy falsely, and the priests rule by their own power; and My people love to have it so. But what will you do in the end?

The story of Jeremiah’s life showed that the people around him, as a rule, preferred the message of the false prophets who were telling them what they wanted to hear. They blocked out Jeremiah’s warnings. Then, of course, one day it turned out he had been right but it was too late for them.

Jesus told a story to show how different people respond to the Word of God. (You can read it in Matthew chapter 13.) A farmer sowed seed on different kinds of ground. The seed represented God’s word. The seed that fell on good ground grew and produced fruit, but other seed fell on different types of ground and different things happened. One type of ground was infested with weeds, which choked the young plant as it grew and stopped it producing fruit. Jesus explained: “Now he who received seed among the thorns is he who hears the word, and the cares of this world and the deceitfulness of riches choke the word, and he becomes unfruitful” (verse 22).

The Call of the Gospel

The most important sound in the world is the sound of the Gospel message—‘Gospel’ means ‘good news’, it’s the Bible’s message of salvation from sin and everlasting life in the Kingdom to come. It’s loud and clear and God offers it freely, it’s what this magazine is about. But so many people don’t listen to it—they block it out with white noise. We’ve looked at three ways this can happen. For some, the Gospel might be embarrassing or inconvenient so they ignore it. Others are led astray by false ideas which seem more appealing. And others are interested, but they’re too preoccupied with the ‘cares of this world and the deceitfulness of riches’.