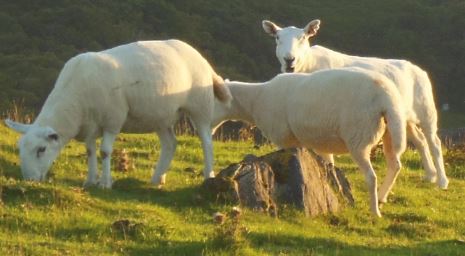 WHEN DID YOU last experience tranquillity? Maybe it was a moment of quiet in a garden; or in the embrace of a loved one. Perhaps it was a mood brought on by music, or that flush of wellbeing when pain subsided. It can be a fleeting thing, and it’s easily disturbed and lost.

In our modern world, tranquillity is hard to find. Many people live with war, unrest, or poverty which make life a daily struggle. Even for those who are privileged to live in peaceful and prosperous countries, life seems increasingly fast and stressful. And wherever they are in the world, many people live with a nagging fear—fear for their health, for their families, fear of losing their livelihood, of crime; fear of terrorism or environmental catastrophe.

Tranquillity is a thing we crave. In our chaotic world there is no shortage of lifestyle gurus and media channels which offer many different recipes for achieving it, through such routes as self-awareness,  meditation, hypnosis and mysticism.

As this is a Bible magazine, we’ll consider the Bible’s recipe for achieving tranquillity. I believe it is the very best there is.

In one respect, the Bible’s recipe for peace of mind is similar to the recipe offered by many other religions and philosophies: it’s about looking beyond yourself. People who are self-absorbed are usually dissatisfied and unfulfilled; people who think of others are happier, it’s a proven fact. Best of all, the Bible says, is to have a relationship with the God of heaven and earth, Who has a purpose with the earth and with you.

When a person is baptised, they join God’s family. The Bible says they become sheep in the flock of Jesus Christ, the Good Shepherd. And Jesus had this assurance for his disciples: “Do not fear, little flock, for it is your Father’s good pleasure to give you the kingdom” (Luke 12:32). What better cause for peace of mind could there possibly be than this!

Be Anxious for Nothing

Perhaps the most succinct instruction on how to achieve tranquillity is in the letter which the Apostle Paul wrote to the Christians in Philippi:

Be anxious for nothing, but in everything by prayer and supplication, with thanksgiving, let your requests be made known to God; and the peace of God, which surpasses all understanding, will guard your hearts and minds through Christ Jesus (Philippians 4:6–7).

Don’t be anxious, Paul says. Yes, things often go wrong in our lives. We have pain and sorrow and frustration, and the Christian is no less prone to these things than anyone else. But Paul says, don’t worry about them. How do you achieve that? By taking them to God.

There was a time when the Assyrian army invaded and overran Judah.The account is in 2 Kings 19. The Assyrians laid siege to Jerusalem, and delivered a letter to King Hezekiah urging him to surrender. Hezekiah went into the temple and spread the letter out before God. He prayed and put the situation in God’s hands. God took control and destroyed the Assyrian army.

You might think, he was a king, and that was a long time ago in an age of miracles—my life is different. True—but God is still the same. He knows that our lives can be filled with difficulties, and He wants us to put them into His hands. His answer is unlikely to be as swift and spectacular as it was to Hezekiah, but He will answer.

Prayer, Supplication and Thanks

“Be anxious for nothing,” said Paul, “but in everything by prayer (taking it to God) and supplication (making request about it) with thanksgiving let your requests be made known to God.” An important aspect of prayer which features time and again in the Bible is thanksgiving.

When you think about it, God has given us so much that it’s only natural that thanksgiving should form a big part of our prayers. And perhaps Paul is saying here that when you have something to ask, bear in mind all the blessings you already have and your faith will be strengthened to know that God will give you what you need.

“And the peace of God, which surpasses all understanding, will guard your hearts and minds through Christ Jesus.” This is the recipe for true tranquillity—the knowledge that the God of heaven is on your side.

For I am persuaded that neither death nor life, nor angels nor principalities nor powers, nor things present nor things to come, nor height nor depth, nor any other created thing, shall be able to separate us from the love of God which is in Christ Jesus our Lord (Romans 8:38–39).