The Wisdom of God 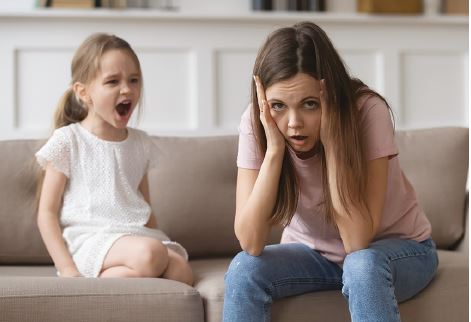 How many times have we heard exasperated parents exclaim this to a protesting child? To the child it might seem an unreasonable response: it’s no explanation at all. But for a parent who has finally lost the will to explain, it can be their last resort.

Questioning can be genuine—the child may be really trying to understand, but unable to grasp their parent’s explanation. Or it may be challenging and defiant. As children grow older, their parents’ reasoning becomes more intelligible; but the tendency to be defiant does not necessarily decrease. And on occasions parents are actually wrong.

We are all like the inquisitive child. We like to think that we know the answers, or at least that we are entitled to know them. We also seek reasons. And in this quest we can challenge authority, even when we are incapable of understanding a technical or complex issue. We see this in families, at work, in healthcare and in society at large.

God is like the longsuffering parent. He sets standards. Unlike our human parents, He is never wrong (Titus 1:2). But in comparison to His supreme knowledge and wisdom we are naïve children (1 Corinthians 3:1–2). He asks us to do some things and not to do others. Jesus asked his followers to embrace his standards and principles, many of which we would not have ever thought of ourselves, for example loving our enemies (Matthew 5:44). And sometimes we struggle to understand ‘why’.

Laws Ahead of Their Time

This has always been the case. Thousands of years ago Moses, instructed by God Himself, drew up a code of behaviour for the Jewish people. It was a Law which was way, way ahead of its time in terms of public health. As such, it was consistent with modern principles, but at variance with the customs of the day, even in ‘advanced’ civilizations such as Egypt.

Here are some examples:

The word ‘quarantine’ originated in the 14th Century in Italy, but the practice is in the Law of Moses. Leprosy was a deadly and contagious disease. A leper had to keep away from people permanently and cover his or her upper lip, rather like the modern face mask (Leviticus 13:45–46). Someone with suspected but not confirmed leprosy had to isolate for seven days, then be re-checked and if appropriate isolate for a further seven days.

Moreover, infected clothing had to be washed or burnt, depending on the severity of the infection (Leviticus 13:

Quarantine was also required after touching a human corpse, or even going into a tent where someone had died. And open pots in such a tent were to be cleansed (Numbers 19:13–16).

The ‘unclean’ ones (most famously pigs) are now well-known to carry health risks, especially in hot climates like the Middle East. Even touching unclean animals came with warnings about possible infection (Leviticus 11:24–28). Moreover, the Law warns about the dangers of eating meat from animals that have died naturally:

And every person who eats what died naturally or what was torn by beasts, whether he is a native of your own country or a stranger, he shall both wash his clothes and bathe in water, and be unclean until evening. Then he shall be clean (Leviticus 17:15).

These dangers are still not fully recognised in parts of the world today.

The importance of washing in clean water was only recognised in the western world about 120 years ago. But throughout the Law there are instructions for washing: after touching the carcase of an ‘unclean’ animal (Leviticus 11:24–25); after touching a dead person (Numbers 19:11–12); after eating meat from a ‘clean’ animal that has died naturally (Leviticus 11:39–40); when cured of leprosy or other diseases (Leviticus 14:8, 15:13–14); after emission of bodily fluids/ discharge (Leviticus 15:3–12, Deuteronomy

Ancient civilizations were advanced in many subjects. The amazing thing about these examples from the Law of Moses is that they relate to invisible things like germs, bacteria and viruses. It is therefore extremely unlikely that Moses and the Jews understood the reasons for all of these laws. But it is most certainly true that they were healthier for obeying them. And 3,000 years later, with our enhanced knowledge, we can understand the reasons.

In a completely different context, the book of Job tells of a man struck by horrendous disasters who struggles to understand why. Three friends try to comfort him and suggest that God has allowed these things to happen to him because of something he has done. But they are wrong: they have misunderstood and so misrepresent God (Job 42:7). Then finally in chapters 38 and 39 God Himself speaks to Job: Where were you when I created the world? Do you know how nature works? Do you understand why animals behave the way they do? No, Job; but I do! God understands His creation and also understands why things happen. We do not always know, and cannot always know. What matters is to have the right attitude to God.

Great is our Lord, and mighty in power; His understanding is infinite (Psalm 147:5).

And God alone is in control of our destiny. There are many, many things that He has explained to us in the Bible. He gave us reasons for much of what He asks. He has no need to justify Himself. We are in no position to argue with Him. He asks us to believe Him.

He has shown you, O man, what is good; and what does the Lord require of you but to do justly, to love mercy, and to walk humbly with your God? (Micah 6:8).

So whether or not God has given us a reason, and whether or not we fully understand such a reason, it surely makes sense to try to do what He says. Obedience to God’s laws brought great health benefits to the Jewish nation. Reading God’s Word, the Bible, and trying to please Him brings supreme spiritual benefits to us, both in this life and for ever. It makes sense to take notice of Him.