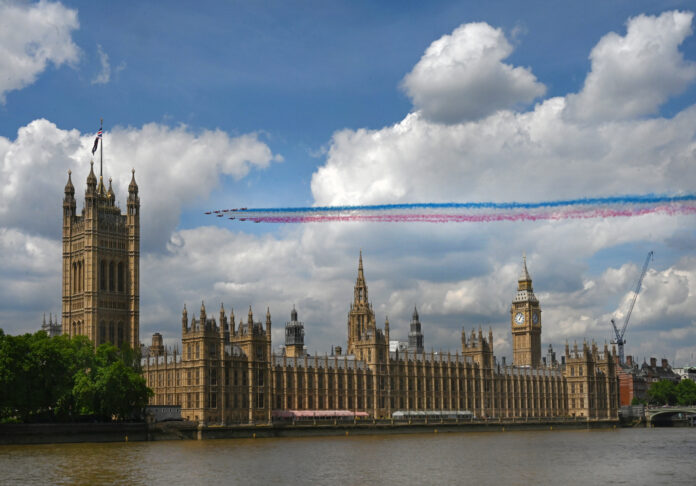 On Thursday 2nd June Queen Elizabeth II, Britain’s longest reigning monarch, celebrated 70 years on the throne. For most people living in Britain now, the Queen has been a fixture of their lives. They have never known life without her as the Head of State. Politicians and governments have come and gone, but she has remained – constant, stable and well loved.

The long weekend was marked by festivities all around Britain and the Commonwealth. Millions of people echoed the sentiments of Paddington Bear in the famous video of his afternoon tea at Buckingham Palace, when he doffed his hat to the Queen and said “Thankyou!”.

Through the ages monarchs have come and gone. There have been good ones and bad ones. None of them has been perfect. And they all pass off the scene, sooner or later. But there is one to come who will live and reign in glory over an entire world at peace.

The angel Gabriel said to Mary: “Behold, you will conceive in your womb and bear a son, and you shall call his name Jesus. He will be great and will be called the Son of the Most High. And the Lord God will give to him the throne of his father David, and he will reign over the house of Jacob for ever, and of his kingdom there will be no end” (Luke 1: 31-33).

The Kingdom of God is one of the central themes of the Bible’s message. It’s full of it. Why not read it to find out about it? The Gospel of Luke would be a good place to start.

Psalm 72 was written by King David. It’s a prophecy which looks forward to the Kingdom of God, when David’s descendant Jesus Christ will reign on his throne in Jerusalem:

Give the king your justice, O God, and your righteousness to the royal son! May he judge your people with righteousness, and your poor with justice! … May his name endure for ever, his fame continue as long as the sun! May people be blessed in him, all nations call him blessed! (Psalm 72:1-2, 17).