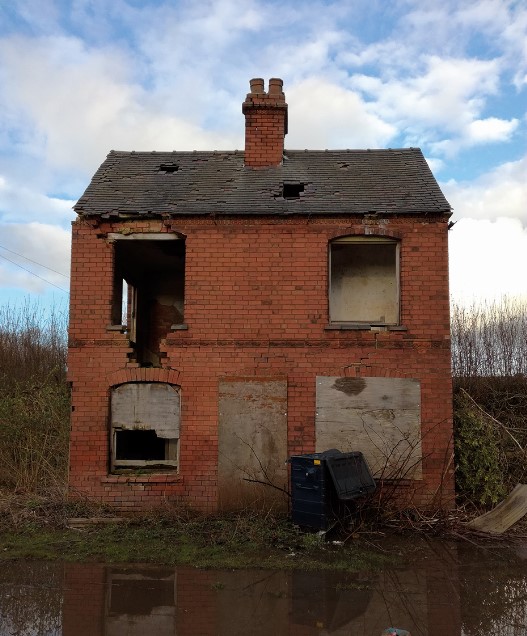 THE LAW WHICH GOD GAVE to His people through Moses in around 1500 bc contains many teachings which pointed forward to the Lord Jesus Christ. One such teaching concerns what the Israelites were to do if they suspected a case of leprosy was in a house. Leprosy is of course a disease of humans and animals—when the Bible speaks of leprosy in a house it is probably a fungal outbreak such as dry or wet rot, but it is called leprosy in order to draw out the similarity with the human disease. The Law’s instructions are found in Leviticus 14:

If the rot had spread at the end of seven days, the priest would order every piece of affected fabric—plaster, stones and all—to be stripped out and disposed of safely away from the city, and the house would be repaired with new materials. That should be the end of the problem, but there was a possibility that spores may still be present and the conditions right for the rot to reappear:

This was not just public health guidance that was far ahead of its time. It was an elaborate picture that pointed forward to the work of Jesus Christ. Early in his ministry, Jesus visited the Temple in Jerusalem—the House of God.

The Passover of the Jews was at hand, and Jesus went up to Jerusalem. In the temple he found those who were selling oxen and sheep and pigeons, and the money-changers sitting there. And making a whip of cords, he drove them all out of the temple, with the sheep and oxen. And he poured out the coins of the money-changers and overturned their tables. And he told those who sold the pigeons, “Take these things away; do not make my Father’s house a house of trade.” His disciples remembered that it was written, “Zeal for your house will consume me” (John 2:13–17).

On this first ‘inspection of the house’, Jesus demonstrated his priestly qualities. He identified that the temple was a house full of sin, and he purged it thoroughly.

The Law required that the house be inspected again to see whether the leprosy had gone. So at the end of his ministry, a week before his death, Jesus performed his second priestly visit:

And they came to Jerusalem. And he entered the temple and began to drive out those who sold and those who bought in the temple, and he overturned the tables of the money- changers and the seats of those who sold pigeons. And he would not allow anyone to carry anything through the temple. And he was teaching them and saying to them, “Is it not written, ‘My house shall be called a house of prayer for all the nations’? But you have made it a den of robbers” (Mark 11:15–17).

The rot had returned, and the only remedy was the destruction of the house. We read on in Mark’s Gospel: ‘As he came out of the temple, one of his disciples said to him, “Look, Teacher, what wonderful stones and what wonderful buildings!” And Jesus said to him, “Do you see these great buildings? There will not be left here one stone upon another that will not be thrown down”’ (Mark 13:1–2).

The temple in the First Century was operated by corrupt men, it was full of rot and consequently it was destroyed in 70 ad. But the Bible contains many prophecies of the Kingdom of God, when Jesus Christ himself is on the throne and the temple will be rebuilt—this time it will really be ‘a house of prayer for all the nations’. This is one such prophecy: