The Gospel and Politics 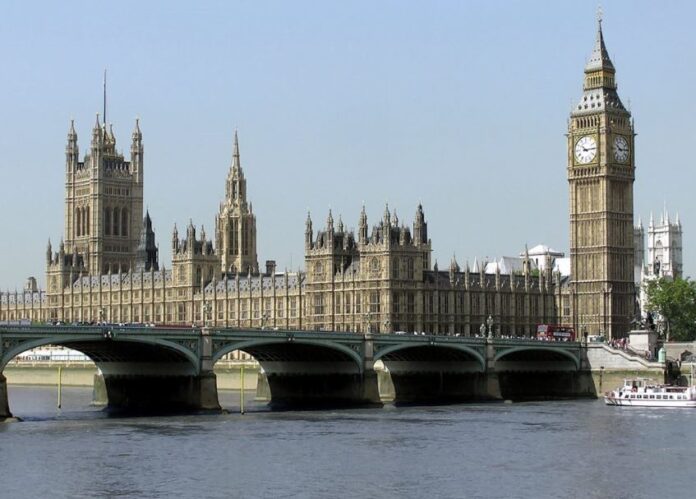 WHAT PART should followers of Christ take in the politics of their country? Many see it as their Christian duty to be fully involved, so as to be an influence for good in the world.

The first point to consider is that involvement in politics will inevitably involve supporting politicians, and identifying with fellow voters, who do not share your principles. There are governments and parties which label themselves as Christian. Some are more serious about the label than others, but the fact is that no political party really stands for what Jesus Christ stood for.

Suppose that somebody established a truly Christian political party. Its programme might well be based on Matthew chapters 5 to 7, where we see the Lord Jesus Christ instructing his disciples. This party’s manifesto might read something like this:

It is evident that this party would go nowhere in today’s world.

The Old Testament of the Bible describes the ancient nation of Israel as God’s nation. He gave them their national constitution. This was a foundation clause:

Now therefore, if you will indeed obey my voice and keep my covenant, you shall be my treasured possession among all peoples, for all the earth is mine; and you shall be to me a kingdom of priests and a holy nation (Exodus 19:5–6).

There was nothing democratic about this. God imposed His law on His people, and expected them to accept and obey it. They accepted: ‘All that the Lord has spoken we will do’ (v. 8).

In time Israel became a kingdom, but it was understood that the human king was reigning under God:

And when he sits on the throne of his kingdom, he shall write for himself in a book a copy of this law, approved by the Levitical priests. And it shall be with him, and he shall read in it all the days of his life, that he may learn to fear the Lord his God by keeping all the words of this law and these statutes, and doing them (Deuteronomy 17:18–19).

This period of history was the kingdom of God (1 Chronicles 28:5). It did not last, because of the weakness and sinfulness of its kings and its population. By the time of Jesus Christ, the Jewish nation was living under the overlordship of the Roman emperor, and were yearning for their freedom.

The Politics of Jesus

It may appear that Jesus was unlike the authoritarian monarchs of the Old Testament. His personal humility, his readiness to suffer all manner of insult and suffering without complaint, his willingness to serve his disciples, all seem to make him unlike the ancient kings, and unlike the God of absolute authority Whom the Old Testament depicts:

But Jesus was no democrat. Not only was he meek, he expected his disciples to be meek also. They too are to endure wrong, cultivate humility, and refrain from setting themselves up as judges. The restrictions which Jesus imposes on aggression leave little room for either personal or political agitation (read for example Matthew 5:3–4, 38–46; 7:1–5).

Jesus, like the more godly of the Old Testament kings, recognised God’s absolute authority. As a man he was humble and self-denying, but when he stood up for God he was uncompromising. When he says ‘Truly I say to you’, it is clear that he is laying down the law as firmly as any ancient prophet who declared ‘Thus says the Lord’. He told his disciples, ‘You call me Teacher and Lord, and you are right, for so I am’ (John 13:13).

One thing is absolutely plain: Jesus and his disciples never sought any part in the government of the Jewish nation of which they were citizens, either by collaboration or by revolution. Jesus told his disciples to obey their corrupt rulers, but not to copy them (Matthew 23:2–3). They must pay their taxes to the Jewish authorities (Matthew 17:24–27), and to the Romans (Matthew 22:15–22). If they were mistreated, they must not retaliate but go elsewhere (Matthew 10:14).

Jesus’ mission was not political action but to preach the Gospel (Luke 4:43), and that also was the mission of his disciples (Mark 16:15).

A key principle is in the declaration of Jesus when he stood trial before the Roman governor Pilate: ‘My kingdom is not of this world. If my kingdom were of this world, my servants would have been fighting, that I might not be delivered over to the Jews. But my kingdom is not from the world’ (John 18:36). As far as politics and military involvement are concerned, Christians are to think of themselves as strangers in the country in which they live. They are in fact first and foremost citizens of Christ’s kingdom which ‘is not from the world’.

You are a chosen race, a royal priesthood, a holy nation, a people for his own possession, that you may proclaim the excellencies of him who called you out of darkness into his marvellous light. Once you were not a people, but now you are God’s people; once you had not received mercy, but now you have received mercy (1 Peter 2:9–10).

Having reminded his readers that they have been called out of darkness into light, in order to be ‘God’s people’, the Apostle Peter goes on to remind them what this means for their everyday life:

Beloved, I urge you as sojourners and exiles to abstain from the passions of the flesh, which wage war against your soul. Keep your conduct among the Gentiles honourable, so that when they speak against you as evildoers, they may see your good deeds and glorify God on the day of visitation. Be subject for the Lord’s sake to every human institution, whether it be to the emperor as supreme, or to governors as sent by him to punish those who do evil and to praise those who do good. For this is the will of God, that by doing good you should put to silence the ignorance of foolish people. Live as people who are free, not using your freedom as a cover-up for evil, but living as servants of God. Honour everyone. Love the brotherhood. Fear God. Honour the emperor (1 Peter 2:11–17).

This is the Christian’s political charter. You live, Peter says, in a world controlled by non-Christians. They appoint the rulers, and they make the laws. It is your duty to keep the laws, and give them no ground for accusing you as lawbreakers.You serve God best by letting people see your humility and obedience.

The Apostle Paul’s attitude is the same. Followers of Christ are to subject themselves to the ruling powers, for the sake of conscience, keeping their laws and paying their taxes (Romans 13:1–7). They are to deal with the authorities with meekness and avoid contentions (Titus 3:1–2).

It is an interesting fact that the apostles in their letters freely give advice to their fellow believers on how masters should treat their servants, how servants should treat their masters, and how citizens should obey their rulers (for example Romans 13:1–10, Colossians 3:22–25 and 1 Timothy 2:1–2). But they give no guidance on how rulers are to treat their subjects. There is not one word of advice to Christian magistrates or governments. There can only be one explanation for this: it did not enter into the mind of the apostles that there could be such a thing as a Christian magistrate or government. The status of Christians would always be as pilgrims in other people’s countries. They might be rich or poor, masters or slaves, but they would be subjects and not rulers.

As it was in the First Century, so it is now. There have been superficial alterations in the procedure of government, but few in substance. Monarchs are more rare and democracy is more prevalent, but governments remain godless. The Christian’s duty is to obey them and not to participate in them.

Jesus said to Pilate, ‘My kingdom is not from the world’. There is a Kingdom to which the Christian belongs. This is the Kingdom of which Jesus Christ is the King.

The angel Gabriel said of Jesus to his mother Mary, ‘He will be great and will be called the Son of the Most High. And the Lord God will give to him the throne of his father David, and he will reign over the house of Jacob for ever, and of his kingdom there will be no end’ (Luke 1:32–33). This was a prophecy of the Kingdom of God, over which Jesus Christ will reign as King of the world. This is the Kingdom to which Christians look forward, and to which they belong.

Jesus Christ is in heaven, sitting at the right hand of his Father, waiting to return to take his Kingdom (Hebrews 10:12–13). To the Christian, Jesus Christ is already King. If he is not yet acknowledged by the rest of the world, he is surely acknowledged by those whom he has bought with his blood (Acts 20:28). As Paul says, ‘Our citizenship is in heaven, and from it we await a Saviour, the Lord Jesus Christ, who will transform our lowly body to be like his glorious body, by the power that enables him even to subject all things to himself’ (Philippians 3:20–21).