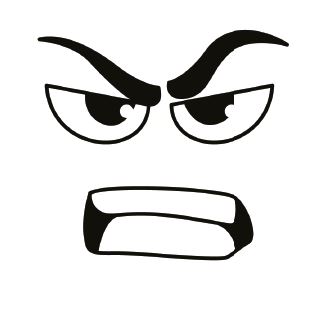 ALTHOUGH there is a lot of good in the world, nobody would deny that there is also a lot of evil. Have you ever asked yourself where all the evil comes from?

The same message is found throughout the Bible. For instance, not far into the history of the world a thoroughly rotten and corrupt society had developed:

Then the Lord saw that the wickedness of man was great in the earth, and that every intent of the thoughts of his heart was only evil continually… The earth also was corrupt before God, and the earth was filled with violence. So God looked upon the earth, and indeed it was corrupt; for all flesh had corrupted their way on the earth (Genesis 6:5, 11–12).

Many years later the prophet Jeremiah said, “The heart is deceitful above all things, and desperately wicked; who can know it?” (Jeremiah 17:9). And Jesus denounced the hypocritical Pharisees of his day, “Why do you think evil in your hearts?” (Matthew 9:4).

The ‘heart’ in the Bible stands for our thinking, our hopes, intentions, emotions—all that makes us what we are.

It’s not a popular fact, but the Bible teaches that we are not basically good— we are basically evil. The Bible says we are ‘sinners’. And when we give in to the evil in our hearts the Bible calls it ‘sin’.

In his letter James spells out the matter: “Each one is tempted when he is drawn away by his own desires and enticed. Then, when desire has conceived, it gives birth to sin; and sin, when it is full-grown, brings forth death” (James 1:14–15).

Only one man ever successfully overcame temptation at every turn, and that was Jesus Christ. He had human nature just like us, and like us he was “tempted as we are…” but there was a big difference: he was “tempted as we are, yet without sin” (Hebrews 4:15). Not only did he resist sin— he defeated it. The writer to the Hebrews explains: “Inasmuch then as the children (that’s us) have partaken of flesh and blood (that is, we possess sinful human nature), he (Jesus) himself likewise shared in the same, that through death he might destroy him who had the power of death, that is, the devil” (Hebrews 2:14).

Jesus struggled with his human nature just as we do, but with one big difference —he never gave in to temptation, he never sinned. And when he laid down his perfect life, he effectively defeated the human nature he had which was prone to temptation. In the words of Hebrews, he ‘destroyed the devil’.

The Experiences of Paul and Judas

The Apostle Paul was a human like us, prone to temptation and sin. He recognised that there was a battle going on inside him between right and wrong, good and evil:

For I delight in the law of God according to the inward man. But I see another law in my members, warring against the law of my mind, and bringing me into captivity to the law of sin which is in my members (Romans 7:22–23).

Jesus once said to his disciples, “Did I not choose you, the twelve, and one of you is a devil?” (John 6:70). The devil was Judas Iscariot.

Judas lusted after money. It was an overwhelming urge. Perhaps he became a follower of Jesus because he saw a potential income, should Jesus accept money from those he healed. Jesus knew of Judas’s weakness, and that his apparent concern for the poor was a sham. His devil was his lust for money, and it drove him to betray Jesus: “And supper being ended, the devil having already put it into the heart of Judas Iscariot, Simon’s son, to betray him…” (John 13:2).

The Experience of Jesus

We all experience temptations of various sorts—to do and say hurtful things, to take what is not ours, to pass on bits of gossip, to spend excessively on our own pleasures and turn blind eyes to poverty we see around us… We all know the long lists that confront us in various ways. Sometimes we resist our selfish inclinations and then ‘good’ wins, but sometimes we yield to them and then ‘evil’ wins.

The Apostle James gives sound advice for all disciples of Jesus: “Resist the devil and he will flee from you. Draw near to God and He will draw near to you” (James 4:7–8).