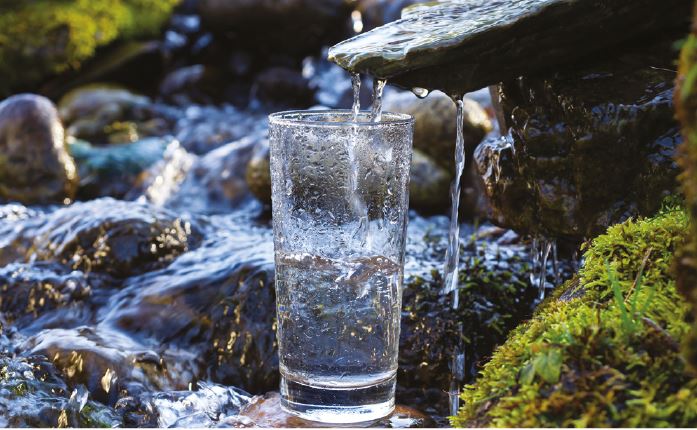 SOMEONE once said to me, “You Christadelphians are the only church I know that preaches ‘primitive Christianity’. It’s a pity you’re so small!”

I wasn’t worried about the comment on our size as a community, as history shows that true believers have always been a minority. But what did he mean by ‘primitive’? Was he suggesting that we’re outdated and we need to develop a more mature set of beliefs? Was he accusing us of being fundamentalists, with all the negative connotations attached to the word?

He explained that ‘primitive’ literally means ‘the origin of something’, so ‘primitive Christianity’ is getting back to the basics of the Christian faith, the original Gospel as taught by Jesus and the First Century apostles. I took that as a compliment!

Well, does that make us perfect Christians? Absolutely not, for make no mistake, arrogance is a terrible failing for anyone calling themselves a follower of Jesus Christ. Some of his harshest words were for those who thought themselves better than others (for example Luke 18:9–14).

So, what do we mean by ‘primitive Christianity’? It is perhaps easier to say what it is not! It is not a Christianity which has been modified to fit the convenience, expectations and ideas of society.

Back To the Source

If we could listen in on the preaching of the First Century apostles we may be surprised by some of the things we heard. The fact is that we can listen to their preaching, through the Bible in our hands; when we read it, we listen to the words of Jesus and the apostles. And we hear some uncompromising teaching.

Primitive Christianity makes demands upon us which we may find difficult to accept, and even more difficult to put into practice. It is in many ways out of step with modern society, and in many ways it’s out of step with our natural inclinations—because at the heart of Christianity is the teaching that we are astray and we need to change: Then Jesus said to his disciples, “If anyone desires to come after me, let him deny himself, and take up his cross, and follow me (Matthew 16:24).

Here are a few of the distinctive teachings of primitive Christianity which set it apart from some more ‘comfortable’ varieties:

It demands our acceptance that we are by nature sinful and in need of the redemption that can only come through the Lord Jesus Christ. It challenges the theories of many sociologists and those who believe that the human race is capable of improving and perfecting itself (Romans 7).

It recognises God as the Creator of the world (Genesis 1), and the majesty and supremacy of Jesus Christ as God’s sinless only son, the saviour and the world’s coming king (Hebrews 1:3) Both Father and Son must be treated with utmost reverence.

It insists that the Bible is the infallible Word of God (2 Timothy 3:16–17). If other sources appear to conflict with the Bible, it is they who will be ultimately proven wrong.

It puts great emphasis on the imminent return of Jesus Christ to the earth —Christians are to live in a state of constant readiness (Luke 21:34).

It teaches that death is the end of consciousness—we cease to exist, no part of us lives on, and the hope of life after death is at the return of Christ (John 5:28).

It teaches that we all have different abilities, but we’re all of equal value in God’s sight (1 Corinthians 12:12–1). There is no place for a priesthood in the Christian church (Matthew 23:8–10).

It elevates marriage above all other human relationships, and insists that sexual relations must only be within marriage (Hebrews 13:4).

It teaches that men and women are not the same, and although they are of equal value they have different roles in the family and the church (Ephesians 5:22–33).

It insists that adult baptism is essential for a disciple of Christ (Romans 6).

It requires that faith is translated into action—it demands a life of service (Luke 19:11–27).

Christadelphians do not claim to have all the answers or a perfect understanding of the Bible. We fail as much as others trying to follow the teaching of the Lord Jesus Christ. Our preaching of primitive Christianity is the result of our certainty that we have in the Bible the knowledge of salvation.

Jesus gave his disciples a solemn command before he left them to go to heaven: “Go into all the world and preach the gospel to every creature. He who believes and is baptized will be saved; but he who does not believe will be condemned” (Mark 16:15–16). It is in obedience to this command that we preach the Gospel of ‘primitive Christianity’. Our daily prayer for each other and for all who will hear us is that God will bless our endeavours to understand His word, obey it and put it into practice in our lives.