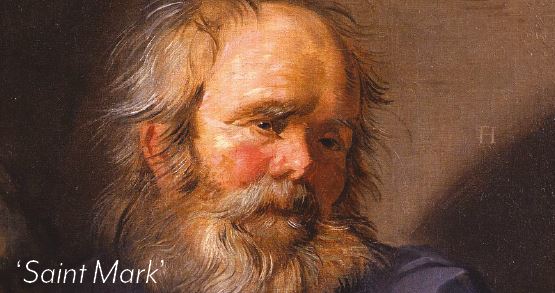 THE BIBLE contains inspiring accounts of men and women of faith who achieved great things in their service to God. John Mark was not one of them—in the great drama that unfolds in the Bible’s pages, he plays a bit-part, and he was no hero. But as is usually the case, we can learn a lot from the little we’re told about him.

Mark was the writer of the Gospel of Mark. It’s likely that his information came first-hand from Peter (under the inspiration of God).

The first time he’s mentioned by name is in the book of Acts. Peter had been freed from prison by an angel, and “he came to the house of Mary, the mother of John whose surname was Mark, where many were gathered together praying” (Acts 12:12). This was in Jerusalem and it’s thought that this was the house where Jesus and his disciples shared the Last Supper before he was killed, and it had become the headquarters of the apostles in the time since.

14:13–16). Jesus’ enemies were waiting to pounce on him, but he was keen to share this last meal with his disciples undisturbed, so it seems he’d made a secret arrangement with a friendly householder. He sent two of his disciples into the city with instructions to look out for a man carrying a pitcher of water. This man would be easy to spot—in those days only women did that job. They were to follow him and he’d lead them to the safe house. If this was Mark’s mother’s house, then the man was probably Mark himself.

It’s one thing to do heroic things in the service of a cause you believe in, things you can be proud of and things people will celebrate. Mark was prepared to humble himself in the service of Jesus, to do a job that would no doubt get him laughed at by his friends and neighbours. In this way he showed himself a true follower of the man who said, “Whoever desires to come after me, let him deny himself, and take up his cross, and follow me” (Mark 8:34).

Jesus shared his Last Supper with his disciples, then they went out into the night, to the Garden of Gethsemane where he was in the habit of praying, and where he knew that night his enemies would come and arrest him.

Mark’s Gospel contains a peculiar little detail here. Receiving a tip-off about their location, a band of soldiers came to the garden to seize Jesus. His disciples abandoned him and fled. Mark records, “Now a certain young man followed him, having a linen cloth thrown around his naked body. And the young men laid hold of him, and he left the linen cloth and fled from them naked” (Mark 14:51–52). The obvious explanation is that this was Mark himself. What was he doing there? Perhaps he’d heard that trouble was coming and he’d hurried out to warn them? But he failed to be a hero, instead he slunk home in shame.

Back to Acts chapter 12. Shortly after Peter was freed from prison by the angel, two other prominent disciples, Paul and Barnabas, left Jerusalem and embarked on a preaching journey (verse 25). Mark went with them, apparently as their assistant. The record focuses on Paul and Barnabas. Mark was someone who was willing to give all he could in the service of the Gospel, but he was happy to be in the background. As the Psalmist says, “I would rather be a doorkeeper in the house of my God than dwell in the tents of wickedness” (Psalm 84:10).

It was a long and taxing journey, it must have been exciting but also fraught with hardship and danger. We’re given no details, but in the next chapter (verse 13) Mark left them. He let them down.

In chapter 15 we see Paul and Barnabas planning another journey. Barnabas wanted to take Mark with them. “But Paul insisted that they should not take with them the one who had departed from them in Pamphylia, and had not gone with them to the work” (Acts 15:38). Paul and Barnabas disagreed so sharply that they went their separate ways—Barnabas took Mark, and Paul took another young disciple.

That’s the last we see of Mark in Acts. The last time he appears in the Bible is many years later, in the second letter Paul wrote to his friend Timothy while Paul was in prison in Rome awaiting execution.

Be diligent to come to me quickly; for Demas has forsaken me, having loved this present world, and has departed for Thessalonica—Crescens for Galatia, Titus for Dalmatia. Only Luke is with me. Get Mark and bring him with you, for he is useful to me for ministry

This must be one of the loveliest little tributes of frienship that’s ever been written. What kind of things must have happened in the intervening years, since Acts 15 when Paul refused to have Mark with him because he’d proved himself unreliable?

Mark was no hero. But he was devoted and faithful, he was willing to humble himself in the service of his Lord, and when he failed he got back up and kept going. He shows us what it is to follow Jesus Christ: “For even the Son of Man did not come to be served, but to serve, and to give his life a ransom for many” (Mark 10:45).