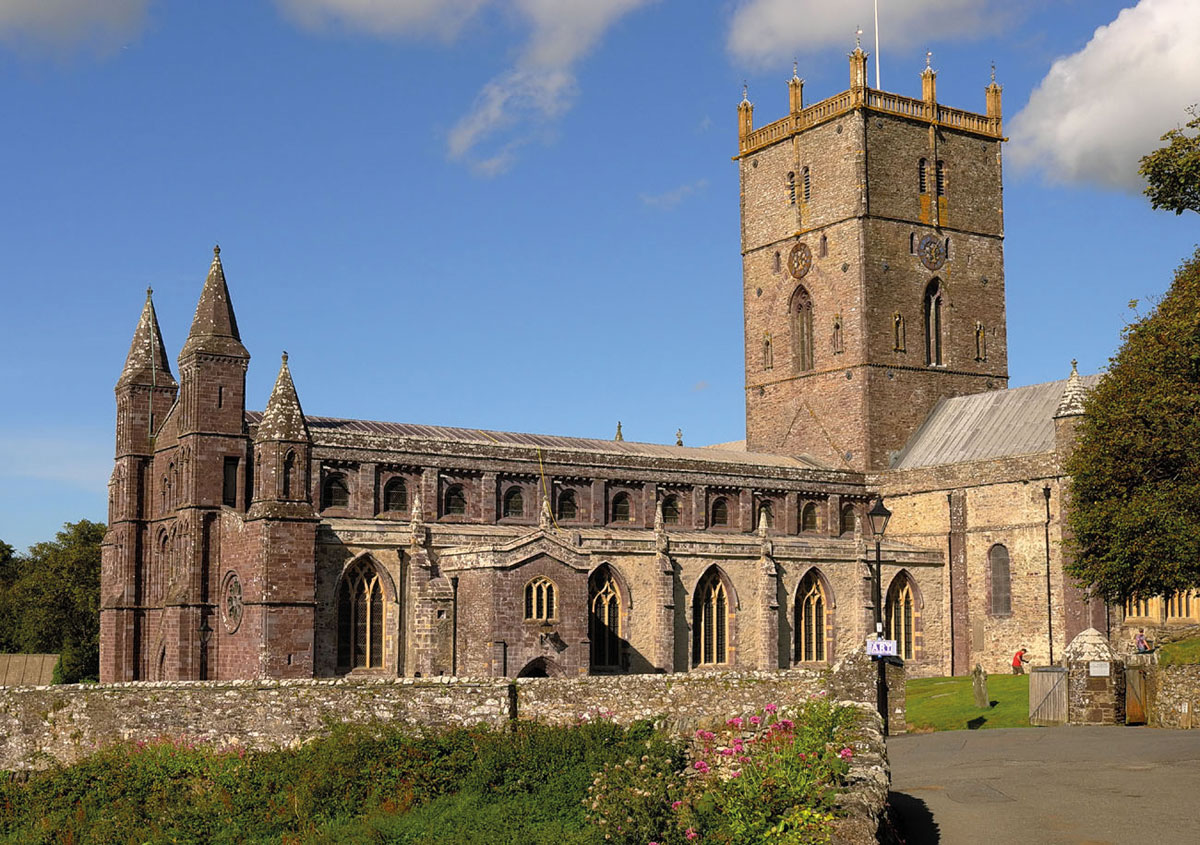 ROBERT FERRAR is someone whose name most of us will not recognise. Yet in the 16th Century he was part of a movement eager to bring the Bible to everyone in their own language. He even died because of this ambition.

While he was studying at Cambridge, Ferrar was one of many students who were excited by the teachings of people like Martin Luther, Thomas Cranmer and Hugh Latimer. These men were driving the Reformation, questioning the authority and the teachings of the Catholic Church.

The Bible was becoming more widely available and many scholars were publishing commentaries and translations. Before long, thinking people realised how far the Church’s teaching was removed from what they read in the Bible. This further damaged and enraged the Church.

Ferrar was excommunicated by the Church in the time of Henry VIII but when, in 1547, the Protestant Edward VI became King, he was released from prison. Immediately Ferrar set about promoting the English Bible and publicly denouncing the superstitious activities of the Church.

Initially appointed as a preacher to support the King’s visit to Wales in 1547, he was appointed Bishop of St Davids in Wales in 1548. Ferrar spent a great deal of effort trying to bring about church reforms and to uphold Bible teaching. One of his main activities was trying to address his congregation directly through biblical preaching rather than simply following the Church teachings.

However, his appointment by the king brought him many enemies among the clergy, who did their best to frame charges against him. The charges were inconclusive and over 124 witnesses had to be called by the Privy Council – still without a real conclusion.

When Catholic Queen Mary came to the throne in 1553, he was imprisoned in Southwark with other bishops, including Miles Coverdale.

In 1554 he lost his position as a bishop and on 30 March 1555, he was burned to death on the south side of the market cross in Nott’s Square, Carmarthen. It is recorded that he told a spectator that:

“If he saw him once stir in the pains of his burning, he might then give no credit to his doctrine; and as he said, so did he maintain his promise, patiently standing without emotion, until one Richard Gravell with a staff struck him down.”

The poet Ted Hughes wrote about his martyrdom in a poem that concludes: “Out of his mouth, fire like a glory broke, and smoke burned his sermon into the skies.”

A memorial to Robert Ferrar lies beneath the statue of William Nott (a British military leader) in Carmarthen. It declares that he ‘suffered for the truth’. Words of the famous translator, William Tyndale (also burnt at the stake by the Church) are added:

“We shall by God’s grace light such a candle in England as shall never be put out.”

Living in the Light

The ‘candle’ referred to by Tyndale was the light of God’s Word, the Bible, much of which he translated into English. His intention was that anybody could read and understand the Bible. Once he told a priest, “If God spare my life, before very long I shall cause a plough boy to know the scriptures better than you do!”

The choice is still ours to make. We must ask ourselves, ‘does truth matter?’ Do we trust the teachings of men and women or do we follow the Word of God? Even well-meaning people can be wrong about important things, such as life and death, so we need to get to the source of truth – the Bible.

Thankfully, the Bible has been translated into Welsh, English and many hundreds of other languages. This means that we can read it in our own language, and in most countries, when we like.

Let’s not miss the opportunity because its message is one of life and hope.