I Believe in the Resurrection of Jesus 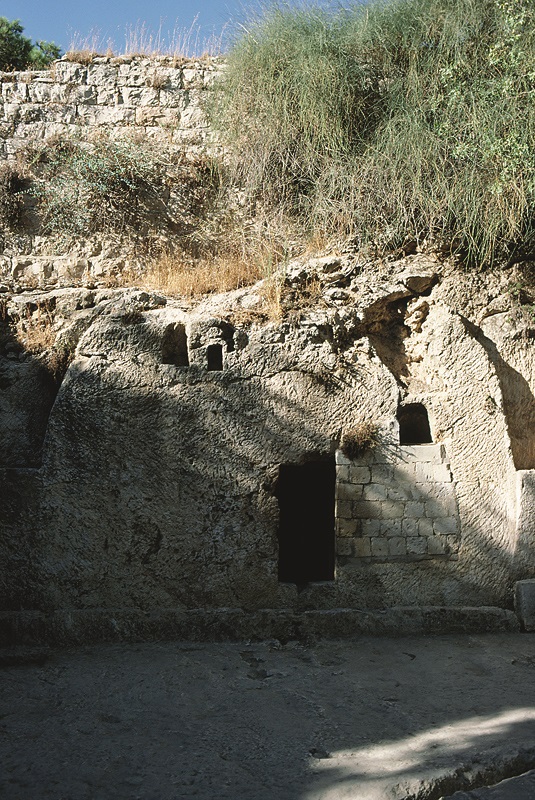 I think I’m a rational person, as do most people. But I’m telling you that I believe in the resurrection of Jesus. Am I a credulous and gullible believer in fairy tales? Have I been touched by a supernatural experience which revealed to me something hidden from everyone else?

I’m neither of those things, and I’d like to share the extraordinary evidence available to support such a belief.

When I say, “I believe”, what I mean is that I have considered a body of evidence and concluded that one conclusion provides the best explanation. It’s not blind faith. Considering the evidence for the resurrection of Jesus is a little like examining the scene of a crime. We can sift through the objects in the room, observe what the suspects did after the crime was committed, take statements from witnesses and try to piece together what happened. But we can never actually see what happened. It’s the same with the resurrection: we can’t see exactly what happened, but we can examine artefacts from the time, assess eye witness sources and observe what people did. We can take that evidence and attempt to piece together what happened.

The Existence of Jesus

There are very few people who would deny that the man Jesus actually lived and died by crucifixion. The New Testament scholar Bart Ehrman wrote: “What can we say in conclusion about the evidence that supports the view that there really was a historical Jesus, a Jewish teacher who lived in Palestine as an adult in the 20s of the Common Era, crucified under Pontius Pilate sometime around the year 30? The evidence is abundant and varied. Among the Gospels we have numerous independent accounts that attest to Jesus’s life, at least seven of them from within a hundred years of the traditional date of his death.”

There is outstandingly good evidence for Jesus’ life and execution. This is unexpected, as Jesus was a largely ignored Jewish preacher in a backwater of the Roman Empire who never travelled more than 100 miles from his birthplace. But I believe more than just that Jesus lived and died, so I need to offer you more evidence.

Just as a detective would observe the way the suspects behave after a crime has been committed, we can also look at how the people around Jesus behaved after he died. When we do, we find another extraordinary piece of evidence, or more accurately, a combination of three pieces of evidence.

There are three points recognised by the majority of scholars of the period as being strongly evidenced historical events, but the extraordinary feature about them is how they link together. In combination they create a thorny puzzle which defies all obvious explanations.

The three events are as follows:

1. The body of Jesus went missing from the tomb and was never produced,

2. The followers of Jesus claimed that they had seen him alive again and were reenergised to great activity a few days after he died,

3. Those that claimed to have seen Jesus alive again were persecuted, and many of them were killed for saying it.

The most obvious explanations for these three points just don’t seem to fully make sense of them.

Imagine the disciples of Jesus stole the body and then pretended he was alive again. Does that explain all the facts? Well it explains the empty tomb and the claims of the disciples, but does it explain their willingness to die for it? Liars do not make very good martyrs. People do not suffer and die for what they KNOW to be untrue.

Try another explanation. Perhaps the disciples were so stricken with grief that in their traumatised state they imagined that they saw him alive again. There are serious problems with this idea. Multiple group hallucinations are unheard of, and this would have involved over 500 people. Jesus’ body would still have been in the tomb and could easily have been retrieved for the disciples’ claims to be refuted. There were plenty of Jewish and Roman leaders in Jerusalem who would have wanted to do just that, and there is no hint in any historical source that they did.

You might imagine that Jesus did not actually die on the cross but revived in the tomb. This ignores the renowned efficiency of Roman soldiers in executing people. Also his disciples would still have been promoting a lie and people don’t die for something they know is untrue.

Other theories have been proposed, but none explains all the facts – except that Jesus really did rise from the dead.

The Dramatic Growth of Christianity

For most of human history the growth and adoption of a genuinely new idea took a long time. But in just a few years following the death of Jesus a crystal-clear set of new beliefs and practices burst onto the scene which have reverberated through human history ever since.

Firstly, they included a unique understanding of resurrection. No one in the Jewish or Greek intellectual world was talking about the idea of one person being resurrected, right now, in the middle of history. Jesus’ followers preached the idea of resurrection and it grew dramatically.

Secondly, they declared a belief that this Jesus, who everyone knew had been crucified like a criminal, was the Messiah, the Christ. Out of nowhere, they defined an utterly new notion of what it meant to be Messiah; not a military leader freeing people from oppression but a servant, willing to give every part of himself for others.

Alongside these new beliefs emerged new practices: baptism as a symbol of death and resurrection, sharing bread and wine in remembrance of Jesus, and meeting together on the first day of the week for worship of God and in praise of Jesus. These were founded on the personal resurrection of Jesus and they all suddenly appeared as radical new practices. They cannot even be seen as evolving from Judaism given that they involve eating symbols of flesh and blood and rejecting the observation of the Sabbath – two things which strike at the very core of Judaism.

Such radical new ideas emerging so quickly, acquiring consistent clarity and then taking root and spreading, demand an explanation. The actual resurrection of Jesus offers the only and best explanation.

The Only Plausible Conclusion

There is other evidence, such as opponents to Christianity who converted to it. The points described here already represent a significant body of evidence from multiple sources. They defy any explanation but this: Jesus rose from the dead.

So where does this leave us? If you already believe there is a God, then perhaps you can be encouraged to see that the bodily resurrection of Jesus is absolutely consistent with the historical evidence.

If you’re not sure about the existence of God, then please consider the evidence shared here. The bodily resurrection of Jesus is the rational explanation for the facts surrounding his death and the time afterwards. If Jesus rose from the dead, then we have powerful evidence for the existence of God