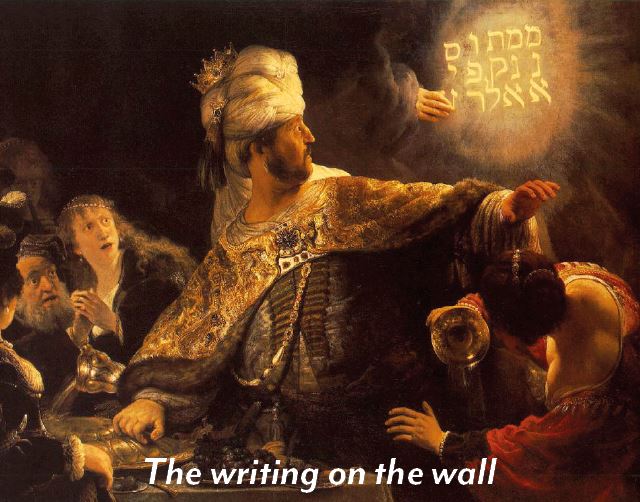 DANIEL WAS a Jewish captive who was deported to Babylon in about 606 BC. He and his three friends Shadrach, Meshach and Abed-nego, though only teenagers, displayed great courage in exile, holding to their beliefs and the worship of the God of Israel (chapters 1–3). As an old man he faced being thrown into a den of lions rather than renounce his faith (chapter 6). God delivered him.

A Book of Prophecy

The Book of Daniel contains many prophecies, which concern the conflict between the kingdoms of men (particularly as they affect Israel) and the Kingdom of God. For example:

Chapter 2 Nebuchadnezzar’s image: the statue of a man whose parts, from head to feet, represent successive empires involved in God’s purpose.

Chapter 5 The writing on the wall: warning to Nebuchadnezzar’s grandson Belteshazzar of the imminent  overthrow of Babylon by the Medes and Persians.

Chapter 9 Vision of 70 weeks: pin-pointed the time of Messiah’s arrival.

Chapters 10–11 The Kings of the North and South: an outline of history from the Persian empire to the time of the end.

Chapter 2 particularly contains a dramatic forecast of the end of all human empires when a stone (Christ) shatters the image and grows into God’s Kingdom (chapter 2:44). Chapter 12 foretells the resurrection and judgement at Christ’s second coming, and gives further time periods relevant to the last days.