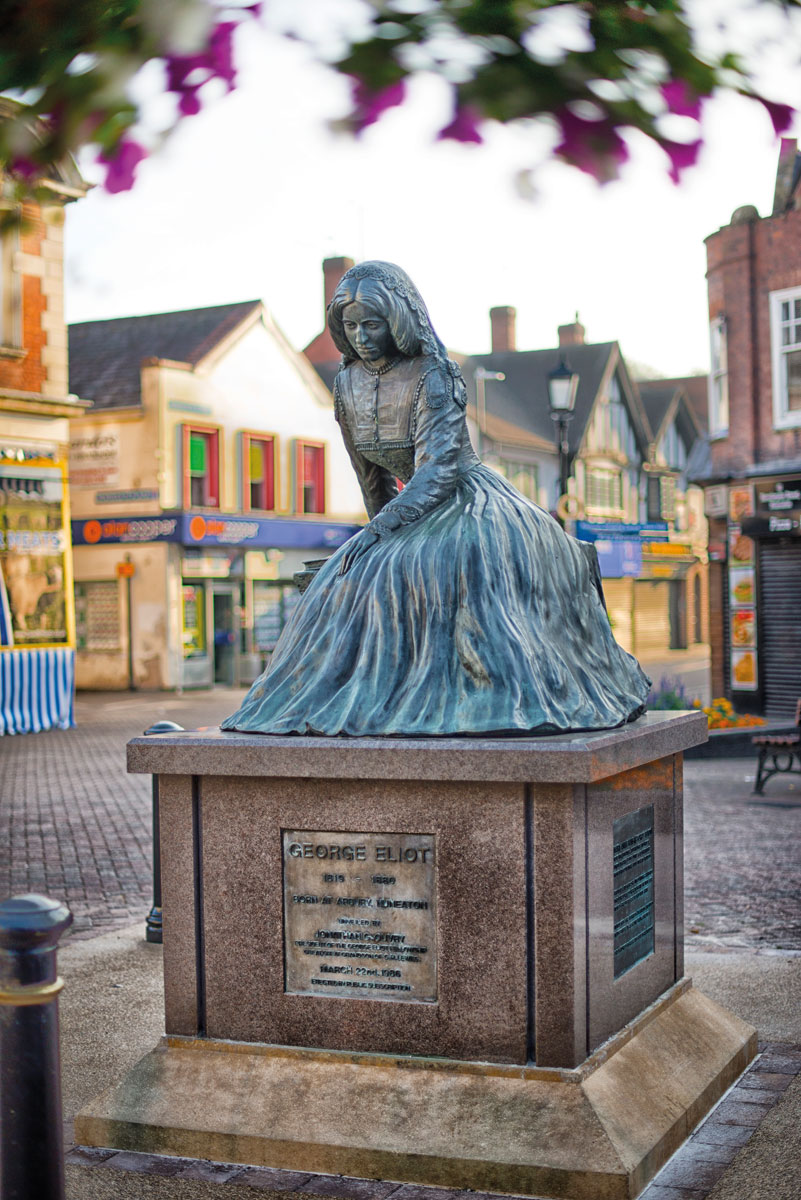 The front cover picture shows an idyllic scene, the river Anker as it flows through Nuneaton in Warwickshire, UK. Rivers are a place of life, where plants grow, fish swim and animals come to drink and feed. It makes them a pleasant place to pass the time and meditate. For the Jews in exile some 600 years before Jesus, this meditation was a painful one: By the rivers of Babylon, there we sat down, yea, we wept when we remembered Zion. We hung our harps upon the willows in the midst of it. For there those who carried us away captive asked of us a song, and those who plundered us requested mirth, saying, “Sing us one of the songs of Zion!” How shall we sing the Lord’s song in a foreign land? (Psalm 137:1–4).

Popularised History You may know this from the popular song from the 1970s, but it reflects real suffering. This was part of God’s punishment on the Jews for disobedience, but it would be resolved as He works out His long-term plan with them. Mary Anne Evans, born in Nuneaton, is better known to most by her pen-name, George Eliot. She wrote some highly respected novels as Middlemarch, The Mill on the Floss and Daniel Deronda, which explore some difficult and sensitive parts of the human experience. The idealistic hero of Daniel Deronda, published in 1876, is a young aristocratic gentleman who rescues a young Jewess and reunites her with her family. This was controversial at the time of publication, as the secular Zionist movement was in its infancy and it became politically divisive within the UK. Politicians around the world were wrestling with the Jewish problem: they had no homeland and experienced severe hardship as they moved from nation to nation trying and largely failing to assimilate. Believe it or not, this episode which George Eliot paints in fictional writing was actually part of God’s fulfilment of the ancient Biblical promises of restoration for the Jewish people.

Bible History An amazing feature of the Bible is that it foretells what will happen, even thousands of years in advance. When we see that history happen exactly as promised, we conclude that God is in control. Some 3500 years ago, Moses spoke to the Jews and told them that, if they disobeyed God, they would suffer: Then the Lord will scatter you among all peoples, from one end of the earth to the other… And among those nations you shall find no rest, nor shall the sole of your foot have a resting place; but there the Lord will give you a trembling heart, failing eyes, and anguish of soul. Your life shall hang in doubt before you; you shall fear day and night, and have no assurance of lif (Deuteronomy 28:64–66). The Jews were indeed scattered acros the world. The exile in Babylon ended after 70 years and they returned to their land, but in 70 AD and 135 AD the Romans expelled them from Israel. They didn’t belong anywhere, but never lost their identity. Yet God had promised that He would never destroy them completely: Though I make a full end of all nations where I have scattered you, yet I will not make a complete end of you (Jeremiah 30:11). The Bible also predicted that Israel (the Jewish nation) would come back into being, in their own land. God said: I will gather you from the peoples, assemble you from the countries where you have been scattered, and I will give you the land of Israel (Ezekiel 11:17). This came true in 1948 when the State of Israel was established. In human terms, it was the movement which George Eliot had written about. But God had been controlling events from the beginning.

George Eliot was a very successful and talented author, but she could not and did not predict the future. That’s where the Bible is totally different to any other writings. It is God’s message revealed to humankind so that we can understand His purpose for the world and the men and women upon it. The Bible has been correct in its past predictions and we can rely on it being accurate about the future. Jerusalem is set to be the capital of the world when Jesus returns to the earth in great power and glory. The mountain of the Lord’s house shall be established on the top of the mountains, and shall be exalted above the hills; and all nations shall flow to it. Many people shall come and say, “Come, and let us go up to the mountain of the Lord, to the house of the God of Jacob; He will teach us His ways, and we shall walk in His paths.” For out of Zion shall go forth the law, and the word of the Lord from Jerusalem (Isaiah 2:2–3). That future can be our future!