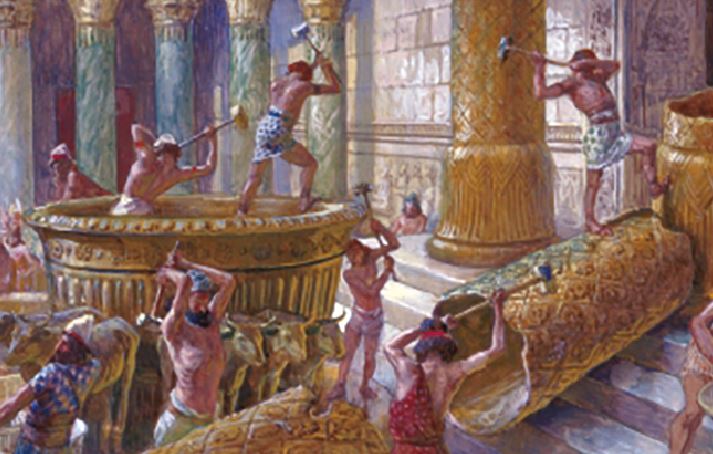 ZEPHANIAH WAS a prophet of God during the reign of King Josiah over Judah, about 630 bc. Through him God warned that He would punish Israel’s neighbours for their false religion, violence and fraud (1:2–3). Judah too would be punished!

First, God would send the Scythians. They would attack the Philistines, Moabites, Ethiopians and Assyrians (2:4–15).

Later, God would send the Babylonians against Assyria. Nineveh, its capital, would be overthrown. This was fulfilled in 612 bc.

These events involving surrounding nations were to be a warning to Judah. Jerusalem itself would likewise be overthrown by the Babylonians.

Some 25 years later the Babylonian attacks on Judah began. Jerusalem was finally overthrown by Nebuchadnezzar in 586 bc and many Jews were taken into captivity. Nevertheless, even in such troubled times, God promised ultimate salvation for the faithful.

The name “Zephaniah” means ‘hidden of God’. Just as the faithful in those days were saved out of the fiery judgements which came on the nations, so those who today are faithful believers will be ‘hidden of God’ in the Day of His wrath (see 2:3 and 3:12–13).