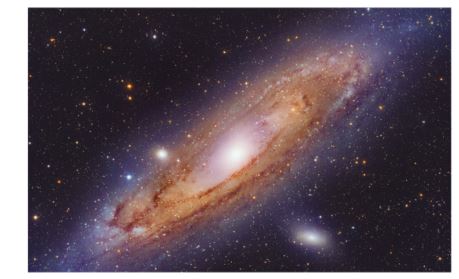 THE MORE WE LEARN about the universe, the more we’re amazed at its intricacy and its vastness—from the functioning of a living cell to the unimaginable magnificence of space. The Bible tells us God made it all (Genesis 1:1).

The phenomenon of life has always been a source of wonder, but it’s only relatively recently that we’ve started to learn just how spectacularly complex it is.

In the 17th Century, with the invention of the microscope, it was discovered that living things contain tiny components which were named cells. By the 19th Century it had been established that cells are the basic building blocks of all living things, and scientists were discovering the bewildering array of different kinds of cells which perform different functions in every organism, from plants to plankton to people. During the 20th Century we learned to look inside the cell and we’ve now realised that each one is like a highly sophisticated microscopic city, with factories and a transport system, power plant and defence force. The human body is thought to contain around 30 trillion cells.

Contemplating the miracle of life, David the Psalmist prayed to God: “I will praise You, for I am fearfully and wonderfully made; marvellous are Your works, and that my soul knows very well” (Psalm 139:14). If only he had known what we know!

People have always wondered at the splendour of the night sky—but for most of history nobody really understood it. For a long while it was thought that the earth was the centre of the physical universe. In the 17th Century it was realised that the earth and the other planets orbit around the sun. During the 20th Century it was discovered that the sun itself is one in a galaxy of 10 billion stars; and then that there are other galaxies, so many the number could well be infinite.

In its account of creation the Bible notes that God “made the stars also” (Genesis 1:16), which has been called the greatest throw-away line in history. The question arises—why is the universe so unimaginably vast? Perhaps it was necessary in order to put in place the physical laws such as gravity which enable life to exist on earth; perhaps we should just accept that the infinite God is infinitely creative, and He has only told us what our minds are able to comprehend.

Contemplating the miracle of the universe, David prayed: “When I consider Your heavens, the work of Your fingers, the moon and the stars, which You have ordained, what is man that You are mindful of him, and the son of man that You visit him?” (Psalm 8:3-4). If only he had known what we know!

What do our observations of the universe tell us about God? That He is unimaginably powerful; that His intellect is infinitely superior to ours; that He rejoices in beauty. It’s a marvellous thing to observe God’s handiwork. But however much we learn, we cannot really get to know Him that way. And He wants us to know Him—which is why, in addition to everything else He has created, He has given us His word:

Only in the Bible do we see the character and personality of God. Only there can we really learn about Him, in order that we can get to know Him. And only there do we discover what life is about, and what we need to do about it: “God so loved the world that He gave His only begotten Son, that whoever believes in Him should not perish but have everlasting life” (John 3:16).

The Increase of Knowledge

In the Bible book of Daniel there are many prophecies, about the history of the world that was future to Daniel and about the culmination of history—the establishment of God’s Kingdom. In its last chapter of the book an angel says to Daniel, “You, Daniel, shut up the words, and seal the book until the time of the end; many shall run to and fro, and knowledge shall increase” (Daniel 12:4).

From other prophecies in Daniel and the rest of the Bible we believe that we are living in the ‘time of the end’. Here the angel identifies two characteristics to look out for at the time of the end: a boom in travel, and a boom in knowledge. Isn’t that a perfect summary of our day?

There is an irony in the fact that the modern age, in which we are learning ever more about the marvels of the universe, has been marked by a decline in respect for its Creator. In the words of Jeremiah, this is an age in which ‘wise people glory in their own wisdom’. But what is important is to know God and to worship Him.