Mary the Mother of Jesus 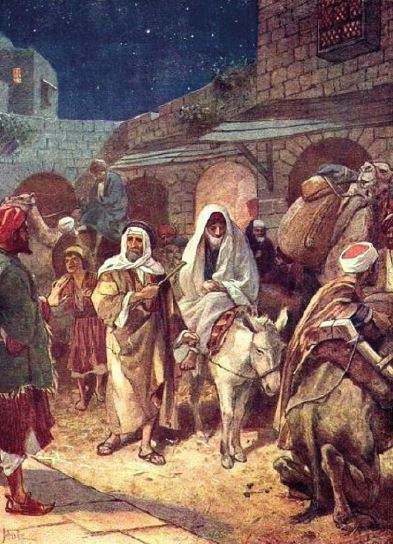 The Gospels of Matthew and Luke give lists of the ancestors of Jesus Christ. Only five women are mentioned. These were all very special individuals. In this series we’ve looked at them in turn—this month we consider the fifth woman, Mary.

You can catch up with the other articles in the series here.

IT WAS IN GOD’S PLAN, right from creation, that His Son Jesus would be born of the woman Mary. God would offer salvation to the world by Jesus’ death. To introduce Christianity God enabled an elderly childless couple of the priestly tribe of Levi to have a son who would prepare the way for Jesus. Zacharias and Elizabeth’s son was John the Baptist, who did what the priests should have been doing, “to make ready a people prepared for the Lord” (Luke 1:17).

Six months after telling Zacharias he would have a son, God’s angel Gabriel was sent to Elizabeth’s relative Mary. She was of course startled by the angel’s news that she had been chosen to bring God’s Son into the world, but was reassured that God’s Holy Spirit would enable the baby to be born, as she was an unmarried virgin. Then Mary said, “Behold the maidservant of the Lord! Let it be to me according to your word” (Luke 1:38).

Mary wanted to find someone who would understand and appreciate her emotions, and went to visit Elizabeth, who was now six months pregnant. Mary showed her strong faith in God when she expressed her feelings to Elizabeth: “My soul magnifies the Lord, and my spirit has rejoiced in God my Saviour. For He has regarded the lowly state of His maidservant; for behold, henceforth all generations will call me blessed” (Luke 1:46–48).

Mary was engaged to be married to Joseph the carpenter of Nazareth, and we can be assured that God had specially chosen him as well as his fiancée to bring up God’s son. Joseph was step-father to Jesus, but we hear very little of him in the Bible. The Roman taxation and registration of names took both Mary and Joseph to Bethlehem the birthplace of their ancestor King David. Mary was then heavily pregnant, and we can assume that as they were slow in travelling all the lodging houses would have filled up, and so they had to stay in a stable.

The baby was born in Bethlehem as had been foretold in Micah 5:2. God’s angels told the wonderful news of this very special child to shepherds, who went to see for themselves. They found the baby lying in a manger, as the angels had promised, and praised God. We are told that Mary kept all these things and pondered them in her heart—another wonderful memory she treasured away.

Mary and Joseph then kept the Law of Moses by circumcising Jesus on the eighth day, and a few weeks later they went to the temple in Jerusalem to offer a sacrifice. They took the poor person’s option of birds rather than a lamb, showing that they were of lowly means (Leviticus 12:6–8). While in the temple they received a beautiful blessing from a holy man Simeon, who also told Mary that she would endure some very difficult times. Matthew relates the visit to Egypt to escape the sword of King Herod. God spoke to Joseph three times during this entire episode, and kept the family safe, until they settled in Nazareth.

At the Age of Twelve

The next we read of this holy family was when Jesus was 12 years old. Each year they went to Jerusalem for the feast of Passover, but this time when the party set off home Jesus stayed behind in the temple talking to the learned men. Mary and Joseph were unaware of this, and it took them three whole days of anxious searching before they found him. Mary rather hastily told him that his father and she had been very worried, but he very politely reminded her that God was his Father. It’s probable that Joseph died soon after this, as he is not mentioned in the remaining chapters.

The Gospels recount Mary’s last quoted words in John 2:5, when a wedding feast they were attending ran out of wine. Mary said, “Whatever he says to you, do it.” This was to be Jesus’ first miracle, and the wine he made out of water was of a very high quality. Mary’s words at this feast showed that she knew that from that time onwards she had done all she could for Jesus. Three and a half years after this first miracle, when wicked men crucified him, Jesus asked his disciple John to take care of his mother.

Following Jesus’ resurrection and ascension to heaven we read that Mary was associating with the apostles (Acts 1:14). So the picture painted in the Bible of Mary shows her wonderful acceptance of God’s will, and the blessed role she had in bringing God’s Son into the world.