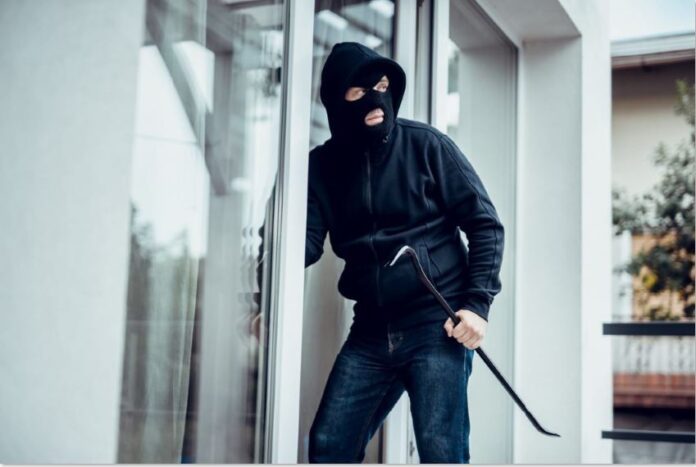 IS IT EVER RIGHT to break the law? If so, when? When you think you can get away with it? Is it OK to commit a small crime, but not a big one? Maybe it’s OK if nobody gets hurt? What do you think?

Maybe there are times when the law is wrong, and it’s good to break it if you disagree with it. It is a fact that law and morality do not always coincide. For example there are countries in which the persecution of ethnic minorities is encouraged by law.

On the other hand, there are instances in which the laws of a state forbid activities which  individuals would find acceptable, for example the medicinal use of certain drugs. Are there circumstances in which it is right to break the law?

The Bible shows us a time when obeying the law was simple. Not easy—we are sinful creatures, we don’t find it easy to do the right thing—but it was uncomplicated. God brought the people of Israel out of their slavery in Egypt, and He brought them to Sinai where they made an agreement that He would be their God and they would be His people (Leviticus 26:12). He gave them a law which is known as the Law of Moses, and it’s described in detail in the books of Exodus through to Deuteronomy. This law was to govern every aspect of their lives—civil, religious and personal. Its foundation was the Ten Commandments (Exodus 20:1–17).

The Law was given by God, it prescribed what was right and wrong. Law and morality were the  same  thing. So for example if you disrespected your parents, you were both doing what is morally wrong and you were also breaking the law (Exodus 20:12).

When the Psalmist said ‘Oh how I love your law! It is my meditation all the day’ (Psalm 119:97), it was not that he was one of those peculiar people who enjoy checking rules—it was that the more he studied the God-given Law, the closer he was brought to God and His thoughts and ways.

For us in the 21st Century life is not so simple. Our laws are not God-given, they’re man-made, and they are not necessarily good. Is it ever right to break them? And if so, who decides when it’s right and when it’s not?

For many people this is a moral dilemma. But it’s one of those areas in which Bible teaching makes life refreshingly clear. Followers of Christ should be model citizens in whatever country they find themselves:

Let every person be subject to the governing authorities. For there is no authority except from God, and those that exist have been instituted by God. Therefore whoever resists the authorities resists what God has appointed, and those who resist will incur judgement (Romans 13:1–2).

However, for followers of Christ there is an extra layer of complication which does not exist for everybody. They have two allegiances: one is to the government of their country, and the other is to Jesus Christ who is their master and king. And there are occasions on which the demands of one conflict with the demands of the other.

Here are two examples. There was an occasion when the king of Babylon ordered all his subjects to worship a golden statue, on pain of death. With great respect, the faithful  Jews Shadrach, Meshach and Abednego said ‘Be it known to you, O king, that we will not serve your gods or worship the golden image that you have set up’ (Daniel 3:18). God is supreme in the lives of His people, and they cannot allow anyone else to replace Him (for example Matthew 22:37).

Again, there were occasions when the Jewish  rulers  forbad Christ’s  disciples to talk about their faith. The disciples replied, ‘Whether it is right in the sight of God to listen to you rather than to God, you must judge’ (Acts 4:19). Christians must not deny their master (Mark 8:38).

A little thought will make it apparent that there are actually many areas of life where the customs, expectations and even laws of the land can conflict with the duty of Christians to their master. One of the defining characteristics of a follower of Christ should be a finely tuned conscience. This means the strength of mind to obey every demand that is made of them by their country’s authorities, whether or not it is advantageous or convenient; and also the conviction and faith to recognise when a demand is made which goes against their allegiance to Christ, and then to decline to obey it and accept the consequences.