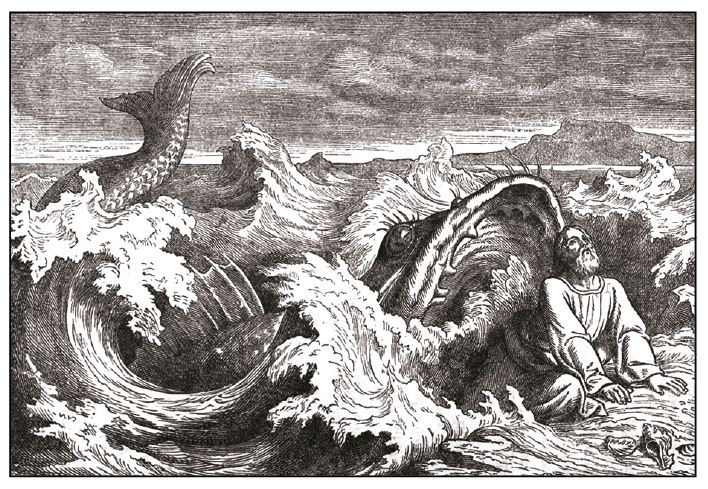 ISRAEL’S ENEMY at this time was the great Assyrian power in the north-east, whose capital was Nineveh.

When God told the prophet Jonah to go and warn the Ninevites of coming judgement, he tried to escape by boarding a ship to flee to the far west (1:3). However, a storm at sea prevented his escape. Thrown into the deep, Jonah was swallowed by a great fish which God had prepared. After three days the fish cast him out on to the shore (2:10).

Jonah was again instructed to go and warn the people of Nineveh (3:2). The people of that great city repented when they heard the message from the ‘risen’ prophet. So God too ‘repented’ (that is, He altered His intention to punish Nineveh—3:10).

The prophet’s human reaction was to be displeased: he was angry that the people of Nineveh (Israel’s enemy) were to be spared (4:11). God used an incident with a gourd plant, which was shading Jonah from the sun, to show how His pity for Nineveh contrasted with the prophet’s impatience.

Some 800 years later, Jesus of Nazareth preached to the people of Israel. But they put him to death! Jesus had said, however, that just as Jonah was raised from his ‘grave’ after three days, so he too would be raised (Matthew 12:40).

After his resurrection, the message Jesus had preached was to be extended to all nations (Mark 16:15–16). Those who would repent, believe and be baptized would be spared by God from eternal death. That message is still true for us today, no matter who we are.