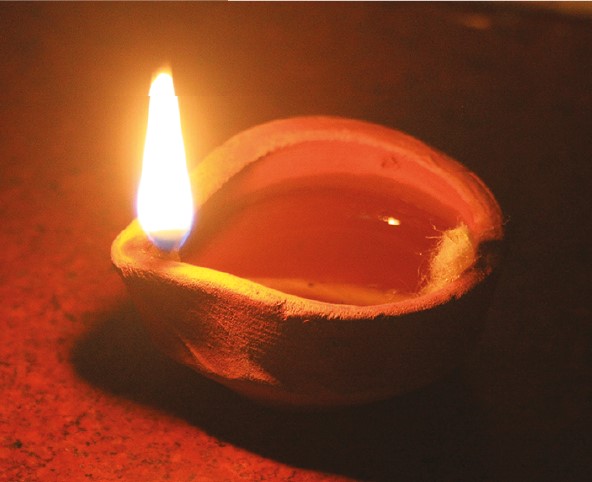 YOU MAY HAVE HEARD it said more than once that the Bible teaches that we are all sinners. That there is none that is good and that all are equal in the sight of God. Equally sinners. That this is true there can be no doubt, but sometimes sinners can be encouraged by the knowledge that they are sinners amongst so many others. Looked at like this, being a sinner does not seem half so bad. But to be a lone sinner —a personal sinner—is a very different matter. In such a situation our sins take on a different hue and our position takes on a different perspective. It is true that Jesus died for the sins of the whole world, but if you are to be saved he died for your sins in particular. If he is to save me personally, then his sacrifice could not have been avoided, even if I was the only sinner in the world.

I say all this to bring me to the point—that Christ is interested in you personally and wants more than anything else to save you, from your sins. He is not saving vast multitudes of human beings in great blocks —he is saving individuals because that is the kind of Saviour he is. That is what he was like in the days of his life on earth. A Saviour interested vitally in other men and women. It was not a list of doctrines that attracted his disciples, it was not some great theological treatise that drew them to him but himself—the person they saw and heard and touched.

And the Word became flesh and dwelt among us, and we have seen his glory, glory as of the only Son from the Father, full of grace and truth (John 1:14).

They trusted in a person, not in an organisation; they had faith in him and not in one another. To them he was a personal Saviour because that was the kind of person he was.

The prophet Isaiah said of him:

If you have any doubt as to whom the prophet is speaking of, look at Matthew 12:18–21.  Matthew  tells  us that Isaiah’s prophecy found very literal fulfilment in Jesus Christ. The spirit of the prophet’s words were fulfilled in the tenderness, hopefulness and skilfulness of Jesus in his mission as Saviour among the men and women of his day.

Let us think firstly of his tenderness—‘a bruised reed he will not break, and a faintly burning wick he will not quench’.

The reed was a common plant in Israel. It was found in marshes and waste places, where it was exposed to every sort of mischance, and it was very fragile. The wind dashed it; the wild beast trampled upon it; the wayfarer broke it off.

The reed was used for three purposes: as a staff, as a pipe and as a pen. The traveller sometimes, when he grew weary, turned aside and broke off a reed to help him along, but if he leaned heavily upon it then it gave way. It was fractured, but who would think of mending a fractured reed—he would discard it. The shepherd sometimes cut a reed and used it as a pipe to play upon and while away the tedious hours of his occupation. But the pipe was soon damaged and he threw it away. The scribe would have a number of reeds hanging from his girdle, which he used as quills. When the point of his quill got blunt he would cast it away and take another.

Reeds were plentiful. Bruised reeds could be seen lying about everywhere in the land of Jesus and nobody gave them a second thought.

The prophet Isaiah says that human life is a bruised reed, a fragile thing, a damaged thing, counted by many people as cheap. It is bruised by the wind of adversity. It is crushed by evil. Many lives have never had a chance. They are exposed on every side; they have never known what it is to be sheltered. Temptation is sometimes ruthless and crushes the soul. There are people who will use their fellows for their own convenience or their own amusement, as the wayfarer or the shepherd used the reed and then flung them aside.

Jesus when he was on earth found himself moving among bruised reeds. Amongst men and women dashed against the traditions of false religion; trampled by worthless teachers; crushed by selfish rulers, damaged by their own habits and sins. As we read the Gospel story we cannot escape the realisation that no one felt the pathos of life—of injured, fractured, bruised life—as Jesus felt it. No bruised reed was ever broken by him. He never accentuated any sorrow. He never aggravated any wound. No sincere human being was ever made worse by Jesus Christ.

The Jews of Jesus’ time used oil lamps—a wick was placed in a pot of olive oil, the oil soaked up the wick and when a flame was applied the oil burned. The flax plant was often used for wicks. When the oil failed the flame flickered, the wick dried up and gave off a noxious smoke. The natural impulse was to quench it. Human life, the prophet tells us, is not only a bruised reed, damaged in itself—it is a smoking wick offensive to others and only fit to be put out.

Jesus was not only interested in bruised reeds but in sputtering wicks. When he came to Israel the spiritual life and fire of the people was well nigh extinguished. The false religion of the Pharisees had almost choked and smothered everything divine, and yet here and there indications of life could be seen—a Zacharias and an Elizabeth (Luke 1:5–25), a Simeon and an Anna (Luke 2:22–38)—smoking wicks. Jesus never quenched a smoking wick. No matter how feeble the spark, no matter how doubtful the indication, Jesus never discouraged, never thwarted any Godward tendency. He said of one who did not walk with him, but who used the name of Messiah, ‘Do not stop him, for the one who is not against you is for you” (Luke 9:50).

Consider then the hopefulness of Jesus. The wayfarer, the shepherd, the scribe said of the reed ‘it is bruised’. Jesus said ‘it is only bruised’. The housewife said of the wick ‘it is smoking, put it out’. Jesus said ‘it is smoking, it has life’. Jesus saw potential as no else did. Who but Jesus would have said to the headstrong Simon, ‘You are Peter, and on this rock I will build my church’ (Matthew 16:18).

Observe Jesus’ treatment of Zacchaeus (Luke 19:1–10). While his neighbours were describing him as ‘a man who is a sinner’, Jesus who knew his heart said ‘he also is a son of Abraham’. Again, notice how Jesus dealt with the woman of Samaria (John 4:1–42). She had had a chaotic life and many would regard her as beyond hope. He spoke to her and said ‘give me a drink’. And from that saying he found his way into her heart, to the one article of faith to which she in all her failures had clung: ‘I know that Messiah is coming.’ And Jesus told her frankly something that he had not yet told anyone else: ‘I who speak to you am he’—and she believed him. Jesus does not despair of any man or woman. When others may be at their wits’ end with us, Jesus has hope of us—he is a hopeful Saviour.

Consider also his skilfulness—it is a bad word to use of Jesus and yet I cannot think of a better one. ‘A bruised reed will he not break.’ The prophet means, of course, not only will he not break it, but he will bind it up. ‘A faintly burning wick he will not quench.’ That is a poetic way of saying that he will fan it into flame. As he said, ‘I came not to call the righteous but sinners’ (Matthew 9:13).

The way in which human lives are mended through the Gospel is one of the wonders of grace. What can a bruised reed do for itself? A gentle hand must take hold of it and straighten it and bind it up. What is needed to transform a smoking wick into a shining light? That the oil should be replenished and a soft breath should blow upon it. When we read through the Gospel story we see Jesus working in this skilful way. Operating upon people’s consciences and giving them sensitiveness. Flooding the intelligence with new light, giving to people the desire to turn Godwards. Time and again in the Gospels you can see Jesus actually at work, picking up bruised reeds and tenderly repairing them. He is an incomparable Saviour. There is none like him. What others cast away he retains and makes anew. What others extinguish, he transforms into a shining light. The tender, hopeful, skilful Saviour.

‘Whoever Comes to Me’

Remember that Isaiah declared ‘he will bring forth justice to the nations’. The Saviour whom we have seen working among the broken in Israel two thousand years ago is also ready to work with anyone, anywhere in the world.

Does this Jesus mean anything to you? It may be that you are well acquainted with the Bible. The Gospel is more than a book, or a message or a creed. It is a reality and an experience. It is possible to hear a message and yet be unaffected by it. Do you feel in your more honest moments you know yourself to be a bruised reed—or that there are times in your life when you more resemble a smoking flax? Jesus invites you to receive him as your Saviour: ‘All that the Father gives me will come to me, and whoever comes to me I will never cast out’ (John 6:37).

Sin has affected every life and none but Christ can do us any good. Once when the crowd thronged round Jesus he asked ‘Who touched me?’ (Luke 8:45). Someone had touched him—although they were all jostling him. He knew someone had touched him in a special way—someone touched him in faith. But when he asked them, the record says ‘all denied’. And then a poor broken reed came forth and trembling confessed that she had touched him, and why—so that she might be healed. The Saviour was tender and comforted her. She had got all she came for. She was satisfied with receiving for she was healed of her disease, but Jesus was not yet satisfied. He told her ‘Daughter, your faith has made you well; go in peace’ (v. 48). Imagine the effect of those words upon that broken reed, as she carried them with her throughout her life.

The Gospel announces to us the magnificent truth that God sent His Son to be a Saviour—it announces the pardon of sin through the cross of Jesus Christ. Anyone can repent, be baptised, and start anew. When we acknowledge ourselves as sinners, he is ready and waiting to heal us.