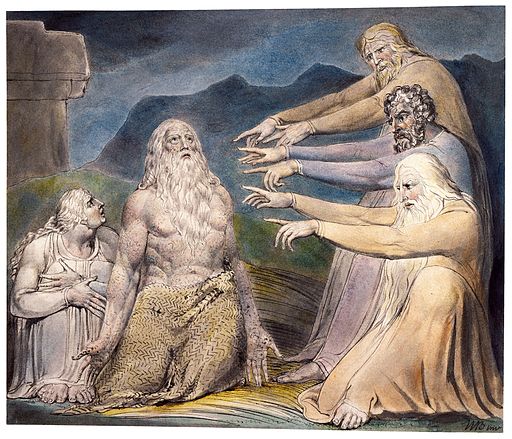 There was a man who seemed to have everything. Then suddenly he lost it all. His wealth was taken from him, his children were killed in a freak accident and he was struck by a disfiguring skin disease. As he sat there, stunned and grief-stricken, his wife said to him, “Do you still hold fast your integrity? Curse God and die.” His reply was surprising: “Shall we receive good from God, and shall we not receive evil?” (Job 2:9-10).

We can find the book of Job in the middle of the Old Testament of the Bible. Three of Job’s friends came to comfort him, convinced that he must have done something terrible to merit such punishment.

Job knew he wasn’t faultless, but he also knew that he had been doing his best to be upright and blameless before God. His friends tried to guess what he might have done, and became increasingly frustrated by Job’s insistence that he was a good man. They thought bad things only happened to people who deserved it.

In your experience, is this true?

People speak of “karma”, the idea that events in our lives are directly related to our actions. The Bible doesn’t teach this. Our lives have ups and downs and some people seem to have more “downs” than others. We might wonder why some people enjoy life while others suffer.

Jesus explained to his disciples that those who make an outward show of being good people are getting it wrong. If somebody is kind and giving in secret, God sees. Those who like to give publicly “have received their reward” (Matthew 6:2). They have chosen to reward themselves instead of waiting for God to do it.

Jesus taught about a much greater reward than anything we will receive in this life. What happens to us now is temporary. When the Lord Jesus returns and raises the dead, he will reward people according to God’s view of them. Not only can He see what we do, but why we do it.

Job went through a terrible time, but ultimately God rewarded him for his steadfastness, and his friends realised they had been wrong. His story is there as a lesson to us:

“We consider those blessed who remained steadfast. You have heard of the steadfastness of Job, and you have seen the purpose of the Lord, how the Lord is compassionate and merciful.” (James 5:11).